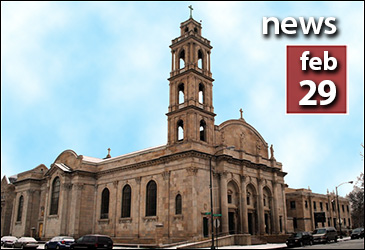 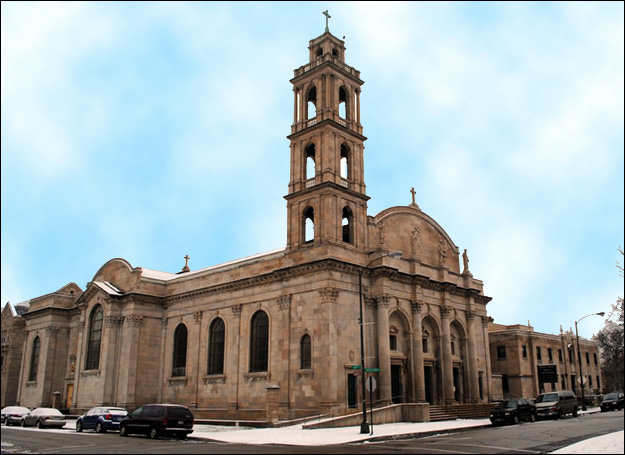 Preservationists and members of the Woodlawn community were able to breathe a collective sigh of relief yesterday when it was announced that the historic Shrine of Christ the King would be spared from the wrecking ball. The church was ravaged by a fire in October amid restoration work from an earlier 1976 blaze before being deemed structurally unsound. The Chicago Archdiocese applied for permits to demolish the 93-year-old landmarked structure in early January and historic preservationists and the local community came together to advocate for the shrine’s protection and worked towards raising the funds necessary to stabilize the threatened structure.

By February, Preservation Chicago revealed that $450,000 had been pledged to save the Shrine of Christ the King but, in the absence of a statement from the Archdiocese announcing a decision to reverse their plan to raze the building, the church’s future was still uncertain. Yesterday’s news marked a hard-fought victory for preservationists and Woodlawn neighbors. Thanks to their joint efforts, ownership of the building and land will be transferred at no cost from the Archdiocese of Chicago to the Institute of Christ the King — a Catholic group separate of the Archdiocese that had overseen the shrine’s renovation work since 2006.

“We express our deep gratitude to all the individuals and organizations whose most generous and timely donations helped bring us to this moment. We are mindful of the dangerous condition of the Shrine and will begin stabilization immediately with funds already collected,” said Reverend Canon Matthew L. Talarico, Provincial Superior for the Institute in a statement released by the organization.

News of the Shrine of Christ the King’s preservation comes at a difficult time for many of Chicago’s Catholic parishes. With the Archdiocese recently announcing a plan to close as many as 100 churchesacross Chicago over the next 15 years due to skyrocketing upkeep costs and a shortage of priests, many architecturally significant structures such as Pilsen’s historic St. Adalbert may soon disappear.