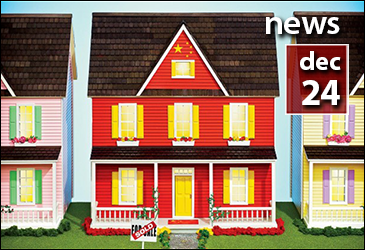 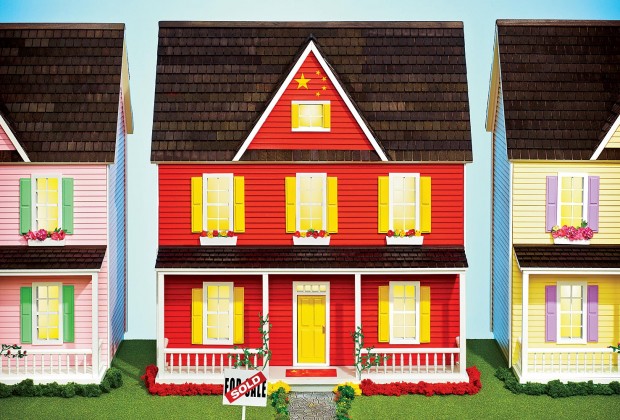 When Chicago real estate broker Susan Tjarksen attended a local industry event in the summer of 2013, she wasn’t surprised to be asked her thoughts on buying property in this city. What did surprise her was who was doing the asking.

Her questioner was a broker who had traveled, alone, from Hong Kong. “She was very analytic in her approach, just looking to learn more about the market,” recalls Tjarksen, a principal at real estate brokerage Kiser Institutional Group.

Over the next 18 months, says Tjarksen, that Hong Kong broker facilitated $30 million of local residential deals for her clients, nearly all of whom were from China, a place that, until recently, had invested little in Chicago properties.

With China’s upper class ballooning and its currency strengthening, wealthy Chinese have been gobbling up midrange and high-end properties in the United States, including, increasingly, downtown Chicago condos. The foreign investment has helped drive demand for the $1 million–plus units in River North and the Gold Coast that languished in the down market, vaulting the price per square foot back to prerecession levels (to $1,000 at 340 on the Park, for example).

Between March 2013 and March 2014, the Chinese purchased $22 billion of U.S. residential property, according to a National Association of Realtors study. That represents 24 percent of the value of international sales to major buyers—up from 19 percent the previous year—and the highest volume for any foreign group. Seventy-six percent paid all cash.

Restrictions on how much property an individual can own in China are fueling this surge. The growing number of Chinese millionaires is now estimated at more than one million—and they need somewhere to invest their money. But U.S. real estate isn’t just a parking spot for their cash. Thirty-nine percent of Chinese buyers are making U.S. properties their primary residences, according to the National Association of Realtors study. That’s more than twice the rate of Canadian buyers, for example. Affluent Chinese immigrants are also seizing on a federal program that grants visas to foreigners who invest $500,000 to $1 million in a U.S. business (though real estate doesn’t count). This year, thanks to high demand from the Chinese, the program’s allotment of 10,667 visas was maxed out for the first time.

“You are seeing a lot of international buyers shift into more affordable large cities like Chicago because they see trends in the demography, economy, and housing market that are very similar to New York, but prices are around a third of what they are in New York,” says Scott Hagerman, an investment manager with Chicago-based IP Global, which facilitates international real estate purchases. “Most of the buyers we advise are from Asia.”

Chicago’s centralized high-rises and vibrant downtown are a magnet for foreign buyers, he says. “[Condos are] easier to manage [than single-family houses] from half a world away, and they appreciate faster. Plus, you don’t need to worry about the pipes freezing.”

Concerns about pollution, food security, and the availability of quality education at home are further motivating this Chinese migration. ARC Residential president Tere Proctor, who oversees sales and marketing at the condominium tower Lincoln Park 2550, says several of her foreign buyers have purchased units for children attending college here as both an investment and a place to stay during visits.

Civic leaders are no doubt congratulating themselves on the success of their efforts to raise Chicago’s profile internationally, especially in China, to lure investment. In 2011, former Treasury Secretary Hank Paulson founded the Paulson Institute at the University of Chicago, which fosters alliances with China on sustainable economic growth and environmental preservation. In 2013, Mayor Emanuel signed an economic partnership with eight Chinese cities, and he scored a coup by landing December’s U.S.-China trade summit, an annual event that had almost always been held in Washington, D.C.

The surge in Chinese investors is not likely to be a flash in the pan, either. “This is not a whimsical purchase [for them],” Tjarksen says. “It’s a way to diversify net worth and risk. They are clearly looking beyond flips.” In other words, now may be the time to brush up on your Mandarin and find an eager new owner for that condo you bought in 2007.