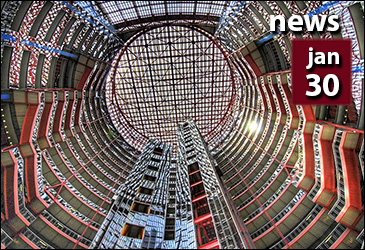 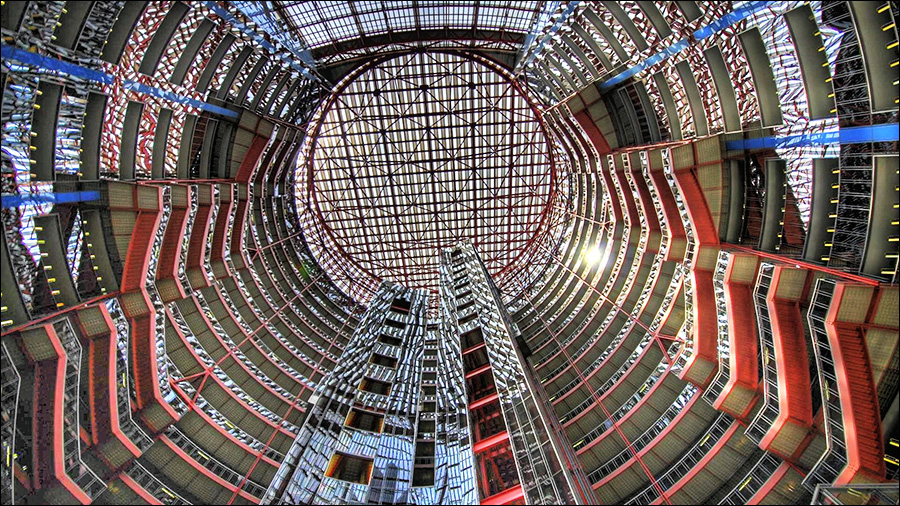 With the new year comes a renewed effort from state leadership in Springfield to try and produce a budget—not just a balanced budget, but a budget. Fighting between state lawmakers has left Illinois, the country’s fifth largest state, without an official budget since Governor Bruce Rauner took office two years ago. And to help ease the financial pain the state is currently experiencing, Governor Rauner has proposed the idea of selling the state-owned James R. Thompson Center in the Loop. Designed by Chicago’s Helmut Jahn and completed in 1984, reports suggest that a sale of the 16-story structure, which occupies a full downtown city block, could provide $220 million to the state’s coffers while avoiding a staggering $326 million in deferred maintenance bills if sold.

Governor Rauner first floated the idea of selling the Thompson Center back in October 2015, but the latest effort comes with some conceptual renderings from the illustrious Adrian Smith + Gordon Gill Architecture which offer an idea of how the site could be redeveloped. The renderings illustrate that a supertall tower—perhaps the tallest in Chicago—could be built at the site. And while the Thompson Center has been left to deteriorate by the state over the years and has even been referred to as a “scrap heap” by the man the building was named after, the postmodern structure represents an important milestone in Chicago’s long and storied architectural history. It’s worth considering what it means in this context before allowing excavators onto the property to demolish the structure. 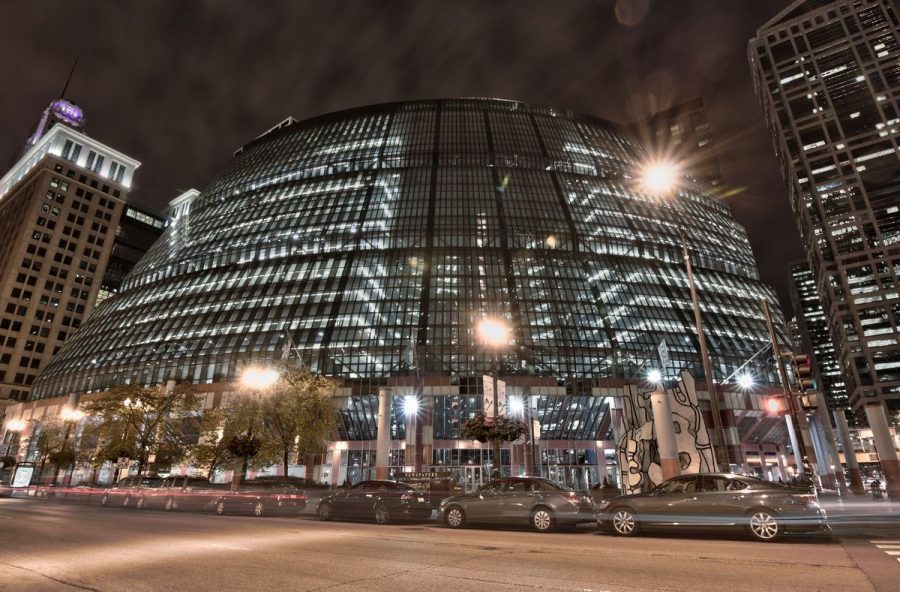 Perhaps no other city has had a bigger impact on the postmodern era than Chicago. Architects such as Stanley Tigerman, Larry Booth, Ben Weese, and Helmut Jahn, among others, made their mark in Chicago during the 1970s pushing the world of architectural design and theory forward by rejecting the modernist principals and doctrine of Mies van der Rohe—the legendary architect who proclaimed that “less is more.” While the tall, dark buildings designed by Mies and his contemporaries were stoic and simple in their aesthetic, the designs of the postmodern era were playful, colorful, and ornate.

The thing that makes Chicago’s skyline and streetscape so special is not just the pure number of skyscrapers the city claims (according to Emporis, Chicago comes in fourth place globally when it comes to number of skyscrapers), but it’s the city’s diversity of designs and high-quality buildings from all periods of the modern era. Chicago boasts a respectable collection of buildings from the various design periods starting from the earliest days of the skyscraper, and the postmodern era is no exception.

Buildings like the NBC Tower which stands over Columbus Drive, or the supertall Franklin Center on Monroe Street (both designed by Adrian Smith during his long career at SOM), are some of the best postmodern designs, not just in Chicago, but arguably in the world. Despite its neglected exterior and faded interior, the Thompson Center with its complex and colorful atrium is still a visually interesting building and one of Chicago’s greatest examples of postmodern architecture.

The state’s effort to sell off the Thompson Center is not only concerning as it potentially spells the loss of a significant postmodern building from Helmut Jahn, but it could also mean that other important Chicago buildings from the postmodern era could become targets for redevelopment or demolition. 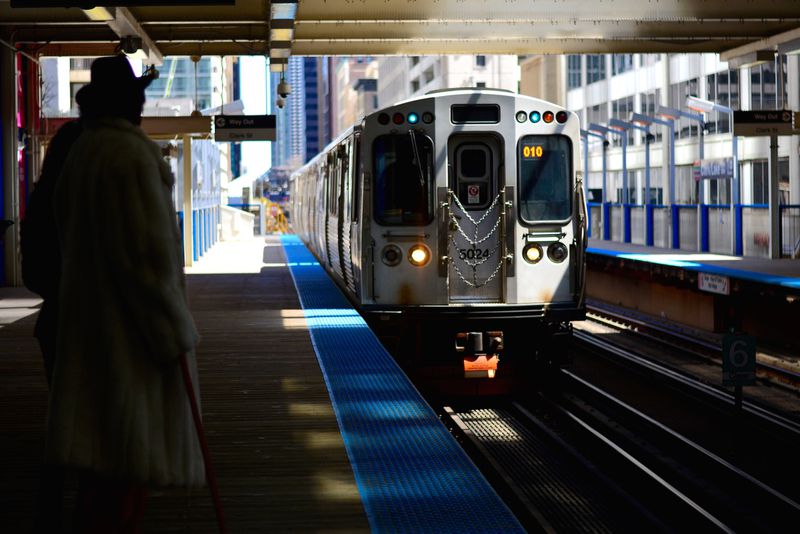 The Thompson Center is a major public asset

Chicagoans have been burned many times in the recent past by deals that have privatized public assets, and the potential sale of the Thompson Center is no different. While the deferred maintenance bill is a serious issue and not something to take lightly, there is still a lot of value in the existing structure and there’s an opportunity to make this property work for the people. The building with its large, open atrium was ambitious in scope when it was first designed and constructed, and critics often point to it as a prime example of government waste, however the other side of this argument is that the building represents a prime opportunity for creative renovation and adaptive reuse.

Not only does the Thompson Center complex serve as the center of state operations in Chicago, but it’s a major transportation hub. The Thompson Center is the primary access point for the CTA’s busy Clark/Lake station, a significant transit hub that connects the Blue, Brown, Green, Pink, Orange, and Purple lines. While the governor is floating the plan to sell the property for demolition and redevelopment, it’s important to discuss how service at the Clark/Lake station will be impacted. A conceptual supertall tower for the site is certainly an exciting prospect, but projects of this scope take years to complete. Is this potential longterm disruption to service on the Loop’s busiest ‘L’ station something that the city’s businesses and residents can afford? 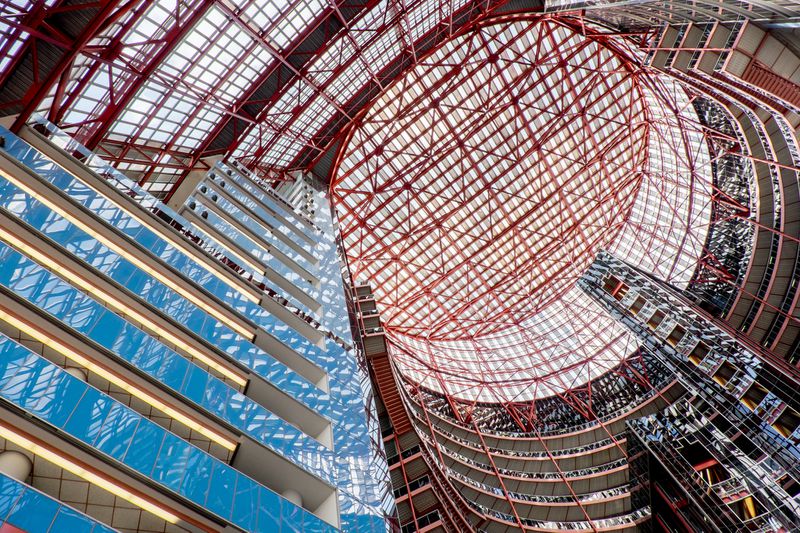 Helmut Jahn’s buildings are not disposable

The governor’s plan to unload the Thompson Center for demolition and redevelopment is not the only time in recent months that elected officials have looked to raze one of Helmut Jahn’s buildings. Before filmmaker George Lucas pulled the plug on his museum plan for Chicago last summer, Mayor Emanuel proposed demolishing the Lakeside Center at McCormick Place to make room for the new contemporary structure as a last ditch effort to save the museum. To counter the plan, Helmut Jahn stepped up with a counterproposalsuggesting that Lucas should consider building his museum in the existing Lakeside Center, effectively killing two birds with one stone—providing a home for the Lucas Museum of Narrative Art while preserving major structural components of the modernist Lakeside Center.

Helmut Jahn, the Thompson Center’s chief architect, has made a similar argument for the 1.2 million-square-foot postmodernist structure in the center of the Loop, expressing that it’s not only possible to save the existing building, but there’s an opportunity to add value to it. Last week, the architect presented a concept for a new tower that could accompany the existing Thompson Center structure and breathe new life into the state-owned complex. Jahn’s tower concept represents a change in programming for the Thompson Center as it could expand its focus from office and retail use to other uses such as hotel rooms, for-sale condominiums, rental apartments, or perhaps even more office space. Such an addition would not only add new value and provide new revenue generation, but Jahn’s proposal has the potential to make the complex more architecturally and visually interesting.

The Thompson Center as it stands is not only ripe for redevelopment, but it represents a major opportunity for historic preservation and new revenue generation. Various aging office towers from the art deco and modernist periods have been renovated in recent yearsas new hotels and apartments, proving that adaptive reuse is often times a practical and financially viable solution. While the Thompson Center isn’t as old as many of these other buildings that have been transformed into boutique hotels in the last few years, it’s old enough to be deemed architecturally significant and worthy of historic preservation.

Of course, any historic preservation and adaptive reuse of the Thompson Center will have to be ambitious in scope and will require public support. But it’s worth considering the building’s place in Chicago’s architectural history and how it can be a part of the city’s future legacy.

Blackstone to unveil its big renovation plans for Chicago’s Willis Tower this...
Scroll to top