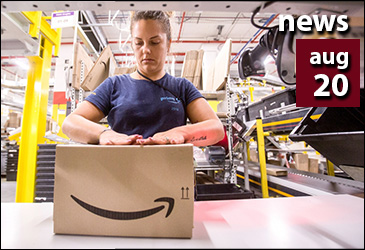 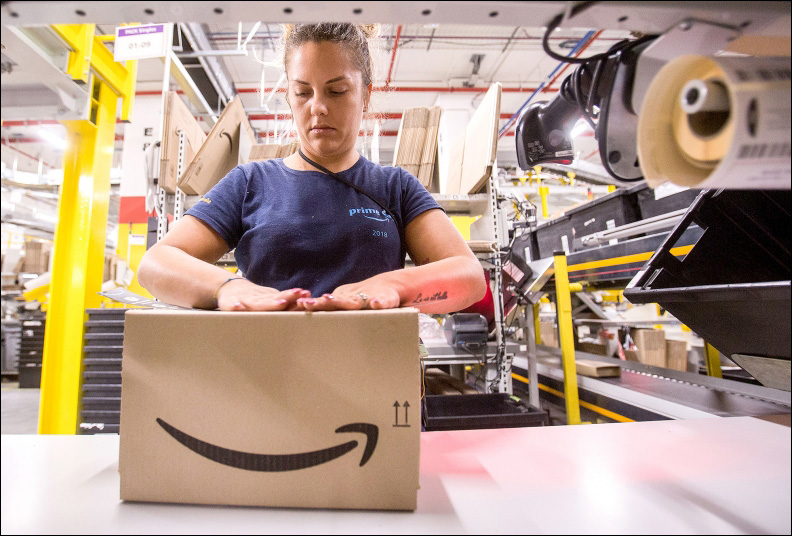 Amazon has a challenge that would stump Alexa: how to satisfy its voracious appetite for growth while keeping costs in check. Of the 17 U.S. metro areas the company is considering for a headquarters expansion outside Seattle, Chicago looks like the best answer.

At first glance, Chicago isn’t close to the cheapest location. With an average annual wage last year of $54,160, it is eighth-most expensive among the 17 U.S. areas in the race. (The Washington, D.C., market has three finalist sites. Comparable data for Toronto, the lone non-U.S. contender, wasn’t readily available.) Miami has the lowest average annual pay, at $46,860.

But when you drill into the job types Amazon would need for a headquarters that could employ up to 50,000 people within 15 years, Chicago is surprisingly affordable. Meanwhile, the cities traditionally thought of as sources of low-cost talent—Atlanta and Dallas, for instance—aren’t all that cheap. And those that are the cheapest—Indianapolis, Nashville, Tenn., and Columbus, Ohio—are probably too small to accommodate an employer as fast-growing as Amazon.

Using data from the Bureau of Labor Statistics, Crain’s compared 16 job categories, from marketing and accounting to IT management and programming, across the 17 metro areas. Here’s what we found:

“There are only seven cities outside Seattle that have an equivalent or greater population base of advanced industry service workers,” says Chris Fair, president of consulting firm Resonance in Vancouver, British Columbia. Chicago is one of them. In fact, Resonance ranked Chicago as the most realistic choice for Amazon, the only study to do so.

Cities such as Raleigh, Nashville, Columbus, Indianapolis, Pittsburgh or Austin, Texas, Fair says, “are not serious contenders based on the number of people Amazon is looking to hire. That is the one factor that people are overlooking. You’re not going to find 50,000 workers in a place with a pool of 100,000 advanced workers.”

Chicago is the nation’s third-largest city, with a workforce of 4.6 million. Only nine of the 20 semifinalists are as large as Seattle, where Amazon already is finding itself hard-pressed to find enough talent at prices that don’t send its budget skyrocketing.

Amazon is more cost-sensitive than most tech companies since it imposes a strict cap on salaries, reportedly around $175,000 a year, and relies heavily on stock to attract and retain talent.

Still, Chicago largely has been overlooked in the Amazon derby handicapping. Even in the case of Resonance’s research, it won by default. New York topped the list as most qualified but was deemed too expensive; Toronto was runner-up but disqualified because Canadian cities don’t offer tax incentives.

New York has the largest workforce, at 9.3 million, but it’s also the most expensive for most jobs. Newark, N.J., another contender that has been promising incentives to Amazon, has a comparatively small workforce of 1.2 million but has the highest or second-highest pay rates for most jobs. Often right behind them is Washington, which has topped many lists as the favorite for HQ2. “It’s a two-horse race between Washington, D.C., and Chicago,” Fair says.

Tech towns, such as Austin and Denver, that have the same vibe and demographics as Seattle also have the same drawbacks. Relatively small ponds that have been overfished, they have grown pricey. Raleigh, home to software maker Red Hat and large IBM and Cisco outposts, has the second-highest pay for programming talent, behind Washington, but a labor pool that’s one-third the size of Seattle’s.

Programmers in Austin and Chicago make about $90,000 a year, a significant discount to the $124,000 average annual paycheck in Seattle. Austin has twice the concentration of programmers as Chicago and the rest of the nation, and Seattle’s is even greater. But Chicago has a scale advantage: 9,860 programmers, equal to Seattle. Austin, with a workforce of about 1 million, has 3,490 programmers, according to BLS data.

Chicago also has seen lower wage inflation than many HQ2 semifinalists. Last year, annual pay here rose 1.6 percent, half the rate in Seattle. It’s the silver lining in the cloud that has been hanging over the Chicago economy for the past decade. Relatively slow growth in wages and housing values frustrates people already here, but it looks good to employers and employees being squeezed hard by inflation. Average paychecks grew 10 percent in Seattle between 2014 and 2017, faster than in any of the U.S. cities under consideration for HQ2, federal data show.

To be sure, Amazon might not see Chicago as its kind of town, based on workforce culture or particular skill sets. Although the company now has about 10,000 employees in Illinois, the vast majority work in warehouses scattered throughout the suburbs. It has a few hundred people downtown, most of them in sales. It has thousands of workers in tech and other jobs in Boston, New York, Washington, Vancouver and other cities.

But talent is the key ingredient to the sprawling company’s constantly evolving business that seems poised to upset more and more of the U.S. economy. That requires unusual breadth and scale. In the past year alone, Amazon has ballooned to more than 575,000 employees from 382,400 as it pushed deeper into groceries, brick-and-mortar retail, logistics and web services. Much of the recent employment spike can be attributed to last year’s $13.7 billion purchase of Whole Foods Market and its 89,000 employees. But even before that, Amazon’s headcount more than doubled in two years to nearly 350,000.

If Amazon hopes to maintain that kind of growth, Chicago doesn’t look like flyover country.