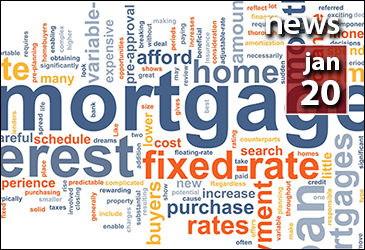 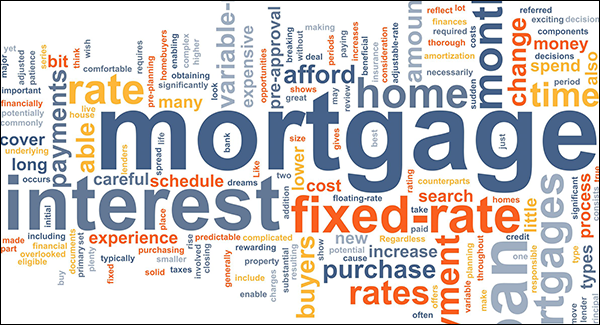 Buyers are looking for ways to get an edge over sellers. One way is to find out how much sellers owe their lenders on homes for sale. With this knowledge, they can gauge how much negotiation room the seller might have.

On Wednesday, the Mortgage Bankers Association reported that mortgage applications rocketed 49% in the week ended Jan. 9 from the prior week. They were also up about 30% from the same week a year ago.

Calculating mortgage statistics surrounding holiday weeks can be hairy. But the applications figure–combined with 30-year-fixed mortgage rates that were at their lowest point since May 2013–have some lenders and brokers optimistic that volume will stay high.

If rates stay where they are, lenders might get the bump they’re looking for. But the spike could be short-lived. Here’s what to think about:

On Thursday, Freddie Mac said that 30-year mortgage rates continued to decline this week to 3.66%, their lowest level since May 23, 2013. That was when Ben Bernanke ignited a bond selloff by suggesting that the Federal Reserve would begin to wind down its bond-buying stimulus program sooner than investors had expected.

If this were 2008, there would be trillions of dollars’ worth of mortgage holders itching to take advantage. But here’s the problem: 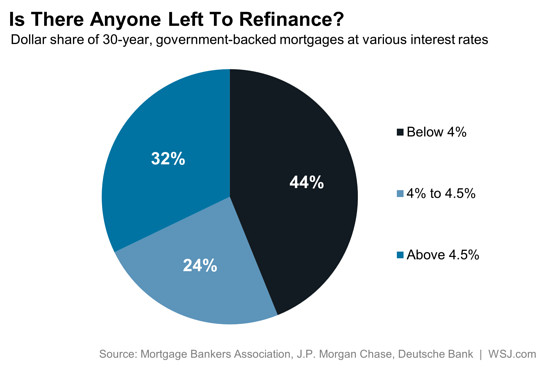 A ton of people have already refinanced at low rates at some point in the last few years. Every time rates plummet, a new round of homeowners might take a look at refinancing, but without a big pool of borrowers who are “in the money,” even a 30-year rate of 3.66% might not be enough for most people.

There is some number of borrowers who might not have qualified to refinance last time rates were this low but do qualify now. Home prices have risen sharply in many cities, which could helped some previously underwater homeowners. Some borrowers might also have improved their credit histories.

But to some extent, rate-drops nowadays are like throwing lighter fluid on a fire that’s running out of wood. You might get a flash, but don’t expect it to last for very long.

2. The housing market is slow.

So how do you get more wood into the fire? (We promise the analogy ends here.)

Without a big pool of refi-eligible homeowners, banks are going to have to rely on lending to people who want to buy a home. And unfortunately for the industry, the housing market has lately been merely mediocre.

The National Association of Realtors said last month that contracts to buy previously-owned homes rose to the third-highest level of the year in November. However, sales of such homes through the first 11 months of 2014 were off 2013?s pace by 4%. (News Corp, owner of The Wall Street Journal, also owns Move Inc., which operates a website and mobile productions for NAR.)

Indeed, on Wednesday, the MBA said that while applications to refinance rose 47% in the week ended Jan. 9 from a year ago, applications to purchase homes rose only 1.6%.

Fannie Mae chief economist Doug Duncan says that he expects the rest of the economy will have to drag housing up. Without wage growth, housing could stay slow and steady.

Last week, President Barack Obama said that the FHA would lower the annual premium it charges a typical borrower to 0.85% from 1.35%.

The FHA doesn’t make loans, but insures loans made to some borrowers who make down payments of as little as 3.5%. Borrowers pay the premiums. So reducing those premiums could be a boon for FHA loans that lenders originate.

How much? Many lenders think that borrowers who got an FHA loan in the last couple of years, when FHA premiums and mortgage rates were higher, will try to refinance when the fee-cut goes into effect on Jan. 26. The U.S. Department of Housing and Urban Developmentthinks the greater impact might be to purchases and estimates that 250,000 new buyers could enter the market in the next three years as a result of the cut.