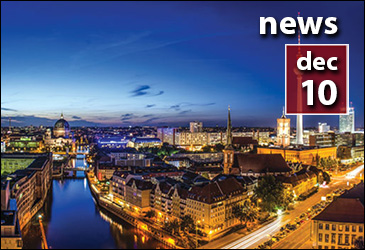 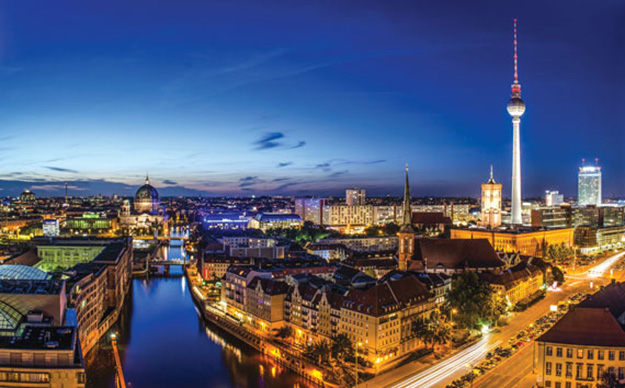 WeWork is looking to become WeWorld — if not in name, in practice.

But that U.S. focus is about to change.

The company — which has four locations in Israel, where co-founder Adam Neumann grew up, six in London and two in Amsterdam — is planning to open in Berlin and then Shanghai, sources told The Real Deal last month. And that is just the beginning.

“They want to become like LinkedIn, and having a global map of locations elevates the scale of its value proposition,” said Patrick McGrath, a senior managing director at Savills Studley who follows WeWork closely.

In other words, the more cities and countries WeWork is in and the bigger its global network of members gets, the more appealing its model becomes to potential customers, McGrath argued. This is because members looking to network have a larger pool of potential clients and customers. He added that investors who have collectively pumped $1 billion into the company are also likely pushing it to expand, adding to the urgency to go global.

But can the WeWork model work everywhere?

Unlike shared-office space provider Regus, which expanded worldwide over a decade ago and caters to a more corporate crowd, WeWork puts a bigger premium on Western office culture. Craft beer, ping pong tables, arcade games, an annual camping retreat are just a few of the WeWork’s signature features — in addition to its open floor plan tailored to the tastes of young urban professionals. These amenities obviously boost its appeal here but might not go off as well abroad. A beer keg, for example, might work in Manhattan but not Abu Dhabi, where there are restrictions on drinking alcohol.

While swapping out beer kegs or other amenities for extras that are more in line with the local culture is not a difficult (or overly expensive) hurdle, it suggests that WeWork will not be able to simply copy its New York City blueprint.

Failing to account for these local differences could hurt the business, argued McGrath. “If your focus is too U.S.-centric you’re just going to expose yourself to [competitors in] the local market,” he said.

Phil Kirschner, a senior vice president at JLL in New York, said the differences extend beyond amenities to more permanent aspects like office layouts and design.

“There are definitely substantial cultural differences in what people look for in an office,” said Kirschner, who before joining JLL helped Swiss bank Credit Suisse modernize its office layouts globally. While the bank followed universal guidelines, he explained, it hired different designers for different countries to account for local tastes, which he said had an impact on the “look and feel.”

To date, WeWork has managed to keep its spaces fairly homogeneous. The interior shots posted on WeWork’s website, whether in Amsterdam or Manhattan, are almost indistinguishable.

In China, where the firm will open its first location in Shanghai next year, the territory will be more unfamiliar.

Afzal Tarar, founder of advisory firm Arcis Capital and a former partner in PricewaterhouseCoopers’ Shanghai office, said the firm would likely have to change its food offerings and amenities to better suit the demands of Chinese white-collar workers. Having a local partner would help better address some of these cultural differences, he added. According to sources, WeWork is partnering with local real estate firm Shanghai Huge Enterprises, a subsidiary of investment firm Legend Holdings. According to a source, investment bank Goldman Sachs is advising WeWork on its Chinese expansion.

“They have to make some changes; they can’t replicate exactly what they do overseas,” said Daniel Wang, an executive director at Colliers International’s Shanghai office. But the good news for WeWork is that there has been a proliferation of native co-working companies in China. And Regus already has several locations there, proving that a Western firm can carve out its niche.

“There is desperate demand for office sharing and other social services,” Mao Daqing, a former executive at development giant China Vanke and now the founder of co-working company UR Work, recently told the Wall Street Journal. The country has seen a huge surge in the number of startups, exactly the kind of companies that make up WeWork’s tenant base.

According to data from Chinese IT website 36Kr cited by the Journal, 3,200 startups were founded in China last year alone.

Wang argued that WeWork, while facing entry barriers, has some key advantages over local competitors, the primary one being its relationship with major U.S. companies like PepsiCo and auditor KMPG, who have placed employees in WeWork spaces. He said those same corporations, which have international branches, could become WeWork clients in China and elsewhere.

WeWork’s expansion abroad is also helped by the fact that globalization has made millennial offices more homogeneous across countries.

“I think there’s a worldwide move towards entrepreneurial culture. We see that happening here in the United States and also in other cities around the world,” WeWork’s co-founder Miguel McKelvey recently told Business Insider.

Wabash to light up in early January
Scroll to top