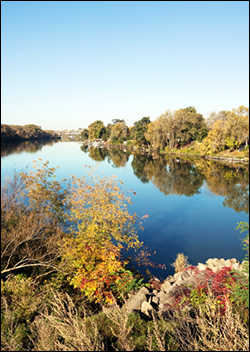 Located 13.5 Miles Southwest of The Loop.

West Pullman is not a part of the historic Pullman company town. It is bounded on the north by 115th Street, on the east by the former Illinois Central Railroad, on the south by the Calumet River and Riverdale, on the west by Calumet Park, Blue Island and Ashland Avenue.

A high number of jobs were lost in the 1980s and 1990s making unemployment one of West Pullman’s biggest problems. The other is the high amount of toxic waste left behind from the factories.

West Pullman is also home to the largest urban photovoltaic solar plant in the United States. The 10 MW plant utilizes 32,800 SunPower solar panels, spans 39 acres, and generates enough power to supply energy to approximately 1500 homes in the Midwest. It is owned and operated by Exelon and came online in early 2010.

CTA buses run through the area and connect to the Orange Line at Midway Airport.