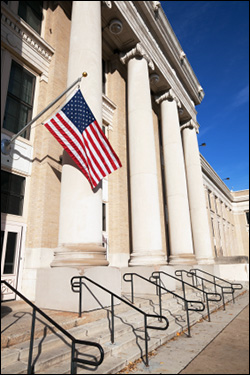 Located 7.5 Miles Southwest of The Loop.

West Englewood at one time as known as South Lynne.The boundaries of West Englewood are Garfield Blvd to the north, Racine Ave to the east, the CSX and Norfolk Southern RR tracks to the west, and the Belt Railway of Chicago to the south. Though it is a separate community area, much of the history and culture of the neighborhood is linked directly to the Englewood neighborhood.

The first European settlers to the area that developed as West Englewood were predominantly German and Swedish farmers who arrived in the 1840s. After construction of rail lines for the Rock Island and Wabash Railroads, the area became known as Chicago Junction, which soon changed to Junction Grove. This is commemorated today with the Junction Grove Playlot Park, which is maintained by the Chicago Park Distric.t  By 1865, Junction Grove became the unincorporated town of Lake, which was later renamed Englewood.

With annexation came Chicago street cars, the second factor to encourage development. In 1903 the Englewood Elevated Railway Company built a branch running roughly along 63rd Street to Loomis, which was connected to the South Side Elevated Railroad. These improvements in transportation made the Englewood area an easy commute for workers traveling north to the stockyards, a major employer, and downtown.

At the same time that hundreds of thousands of European immigrants were coming to Chicago, where unskilled labor jobs in the stockyards and steelmills enabled them to support families, African Americans from the rural South started migrating to the industrial city. Beginning during World War I, when they replaced workers who were drafted, African Americans migrated to the city in great number before 1940. They were escaping oppressive social and political conditions: a high rate of lynchings, disfranchisement across the South that prevented them from voting, segregated education in underfunded systems, and legal racial segregation. Initially, they competed with immigrants primarily for unskilled jobs and housing; African Americans were restricted by discrimination in housing practices to narrow areas of older housing on the South Side, known as the Black Belt.

European immigrants and ethnic whites dominated separate territories on the South Side: the Irish, Polish, Italians and others had their own centers of population which they protected against each other and against African Americans. According to statistics compiled by the Encyclopedia of Chicago, the West Englewood area had 63,845 residents in 1930, 98% of whom were white and almost 23% foreign born. It reached its peak population in 1940, with more than 64,000 residents.

Industrial restructuring after World War II led to the massive loss of jobs that residents had depended on: the stockyard operations were moved west, first to Kansas City, Kansas, and eventually the good-paying jobs in the steelmills also shifted out of the region. Railroads also restructured, causing more loss of union jobs among both whites and African Americans.

During the 1960s and after, advances in civil rights opened more areas of housing to African Americans, and they followed other Americans into the further reaches of the city, settling in West Englewood and other southern neighborhoods. The changes in industry, however, meant that skilled workers could no longer achieve middle-class lives. Although union jobs were no longer racially restricted, fewer were to be had. Many workers left the area to seek employment, and neighborhoods declined in population and services. Other residents moved further out into suburban towns to seek newer housing.

By 2000 due to the loss of jobs, the population of West Englewood had dropped to 45,282. By that time, with demographic changes, 98% of residents were African-American. According to the 2000 census, only 1% of the population was foreign born. Late 20th-century immigrants have been primarily from Latin America and Asia, and have created concentrated settlements in other neighborhoods.