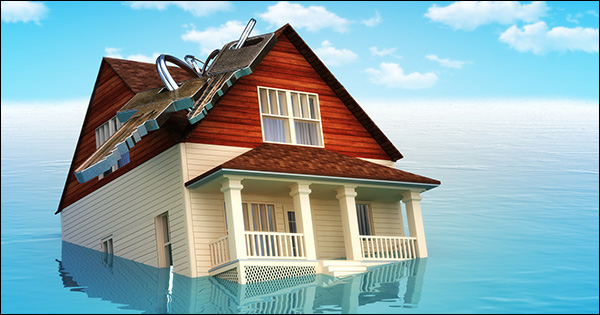 The home mortgage market received some good news recently with reports that underwater mortgages have been drying up fast, putting the U.S. housing market on firmer, higher ground.

According to CoreLogic, 2.5 million U.S. home properties in the second quarter of 2013 emerged from being in negative equity (meaning their mortgage balance was higher than their home’s value)—a state commonly referred to as being underwater. The real estate data service found that 7.1 million homes, or 14.5 percent of all residential properties with a mortgage, were still in negative equity at the end of the second quarter, down from 9.6 million homes at the end of the first quarter. The total number of mortgaged residential properties with equity currently stands at 41.5 million.

CoreLogic reported that the problem is consolidating, with 35 percent of all negative equity mortgages in five states — Florida, Nevada, Arizona, Michigan, and Georgia.

What’s led to the significant turnaround reflected in the data?

“The U.S., and more specifically the Georgia market, have been in a recovery period for about 18 months now,” said Cal Haupt, chief executive officer at Georgia-based Southeast Mortgage. “Valuations are returning to normal valuations, and in some cases appreciating beyond what was expected.”

“Seeing fewer underwater mortgages is no mystery, given the continued rise in home values over the last 12 months,” Twerdok said. “Investor buying has been the initial driver of the appreciation in areas with the most underwater homes. Now, investor buying has widened to include the owner-occupied market [buyers who intend to live in the homes they purchase]. This is good news since these more-traditional buyers will ensure the appreciation trend will continue over the near future.”

In addition, as long as new construction does not change the supply/demand balance in favor of excess supply, appreciation should persist until most of the underwater loans are gone,” Twerdok said.

However, he warned about the potential impacts of continued shifts in the housing market down the road of the economy’s recovery from the Great Recession.

“Areas that have benefited from the price bounce may have trouble once investors exit the market because increased interest rates will potentially sap buying power,” Twerdok said. “There is also the unresolved issue of easier credit underwriting and the emergence of a private securitization market,” which might drive up demand and cause home values to rise.

“Without certainty, there will likely be more headwinds in the path of rising home values,” Twerdok said.

A reduction in home foreclosures has also helped reduce the number of underwater mortgages. The vast majority of foreclosures over the past five years involved homes that were underwater, and they have since been sold or rented under new terms with new borrowers, said Tim Coyle, a senior director with the financial services arm of LexisNexis Risk Solutions.

“In addition,” Coyle said,  ”loss-mitigation departments have been working with borrowers to do work-outs for things like short sales, loan modifications, and deed in lieu of foreclosures.”