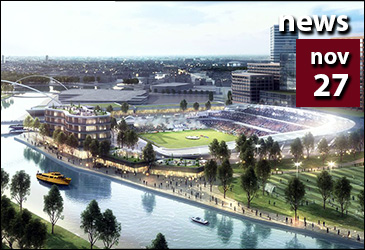 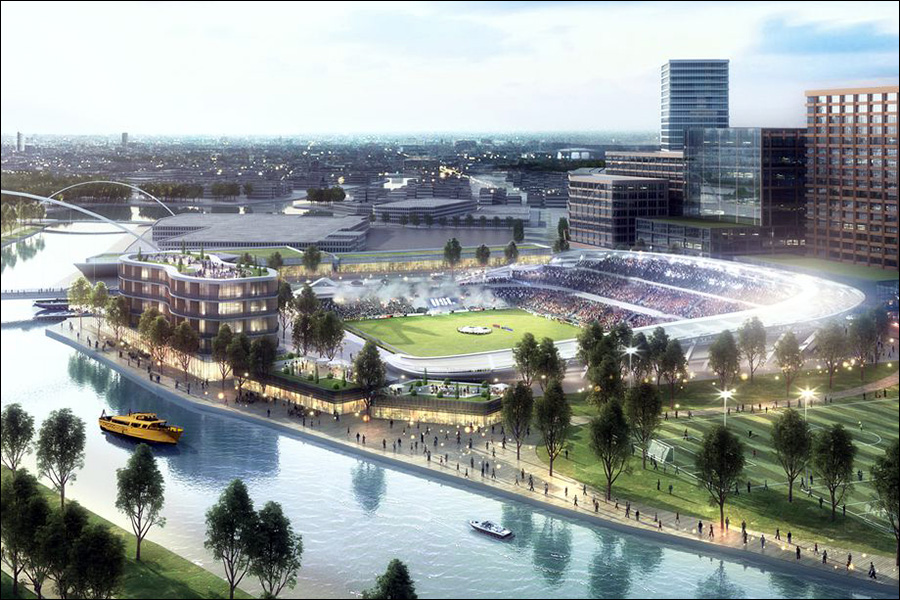 Another piece of the Lincoln Yards mega-development puzzle is coming into focus following an announcement of plans to bring a United Soccer League (USL) team to a new sports stadium slated for the west bank of the Chicago River’s North Branch. According to developer Sterling Bay, the yet-to-be-named professional soccer team will anchor a 20,000-seat arena designed by Chicago-based Skidmore, Owings & Merrill.

Situated at the border of Chicago’s Lincoln Park and Bucktown neighborhoods, the facility will feature a retractable roof for year-round programming and will host other events such as concerts and rugby. The stadium will be joined by nearby, publicly-accessible recreation fields—an amenity advocated by both neighbors and elected officials during this summer’s rezoning of the North Branch Industrial Corridor. 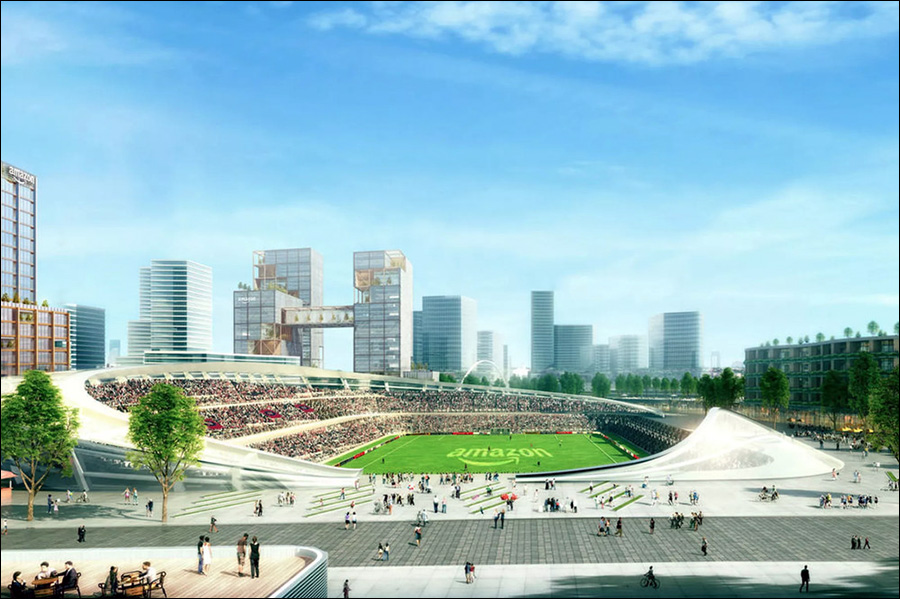 “We are very excited to bring a new professional soccer team to Chicago, giving families, residents, and visitors access to an exciting and affordable professional sports experience right here at Lincoln Yards,” said Andy Gloor, Sterling Bay’s managing principal. “We know there are countless soccer fans in Chicago who will come to cheer the new USL team in a new stadium along our beautiful riverfront.”

According to the developer, the stadium could open as soon as 2020. Meanwhile, the greater Lincoln Yards master plan could grow to as much as 8 million square feet of mixed-use space. Plans calls for a mix of offices, retail, residential units, a new water taxi landing, public riverwalk, additional Metra station, and an extension of the 606 trail. The project, however, still requires zoning approval.

The USL team announcement comes on the heels of a reported sighting of an Amazon delegation touring part of the future Lincoln Yards campus. The massive riverfront complex is one of ten sites included in Chicago’s official bid for the tech company’s ‘HQ2’ second North American corporate campus.

With hundreds of city and regional governments submitting bids for the HQ2 deal, where it ultimately lands is still anyone’s guess. Today’s news, however, illustrates that momentum is building for Chicago’s Lincoln Yards project—with or without Amazon on board.