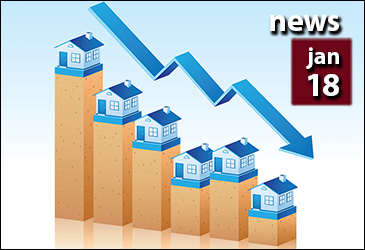 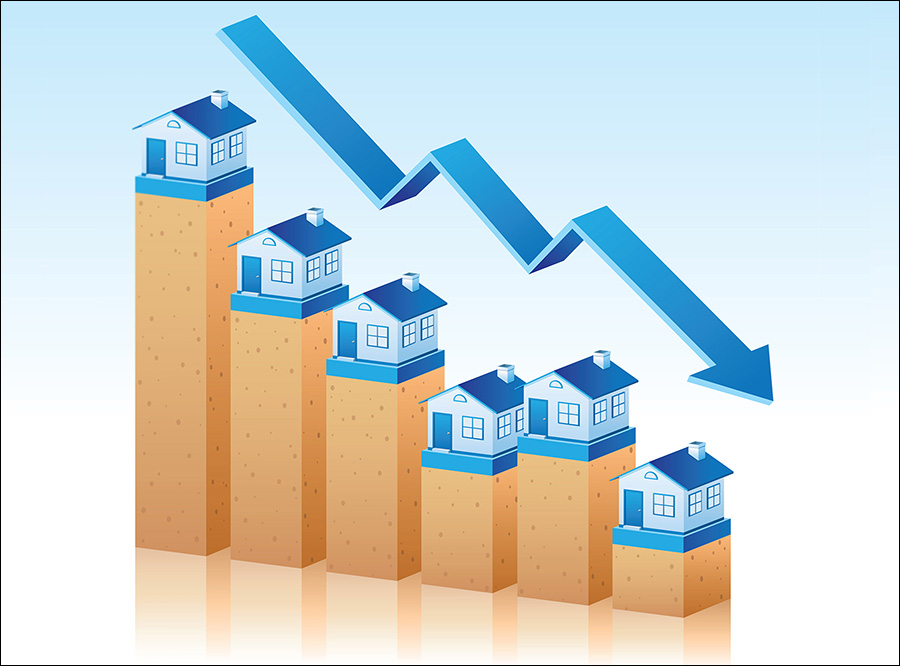 ATTOM Data Solutions, curator of the nation’s largest fused property database, today released its Year-End 2016 U.S. Foreclosure Market Report, which shows foreclosure filings — default notices, scheduled auctions and bank repossessions — were reported on 933,045 U.S. properties in 2016, down 14 percent from 2015 to the lowest level since 2006, when there were 717,522 U.S. properties with foreclosure filings.

The report also includes new data for December, when there were 85,919 U.S. properties with foreclosure filings, down 1 percent from the previous month and down 17 percent from a year ago — the 15th consecutive month with a year-over-year decrease in foreclosure activity.

“The national foreclosure rate stayed within an historically normal range for the third consecutive year in 2016, even as banks continued to clear out legacy foreclosures from the last housing bubble, particularly in the final quarter of the year,” said Daren Blomquist, senior vice president at ATTOM Data Solutions, the new parent company of RealtyTrac. “Foreclosures completed in the fourth quarter had been in the foreclosure process 803 days on average, a substantial jump from the third quarter and indicating that banks pushed through significant numbers of legacy foreclosures during the quarter. Despite that push, we still show that more than half of all active foreclosures nationwide are on loans originated between 2004 and 2008, with a much higher share of legacy foreclosures in some markets.” 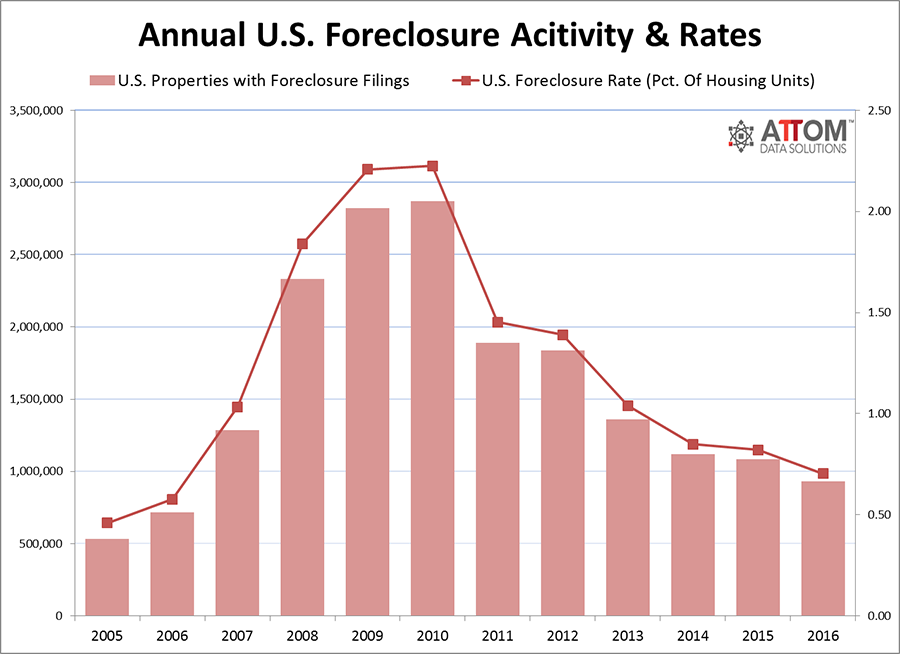 Nationwide, 55 percent of all loans actively in foreclosure as of the end of 2016 were originated between 2004 and 2008. The District of Columbia had the highest share of legacy foreclosures with 76 percent, followed by Hawaii (66 percent), New Jersey (64 percent), Nevada (63 percent), Delaware (61 percent), and Massachusetts (61 percent).

Counter to the national trend, 12 states and the District of Columbia posted an increase in overall foreclosure activity in 2016 compared to 2015, including Delaware (up 45 percent); Rhode Island (up 29 percent); Massachusetts (up 21 percent); Connecticut (up 21 percent); and Hawaii (up 20 percent).

Among 216 metropolitan statistical areas with a population of at least 200,000, 53 of them (25 percent) posted year-over-year increases in foreclosure activity in 2016, led by Provo-Orem, Utah (up 30 percent); Honolulu (up 29 percent); Lynchburg, Virginia (up 29 percent); Springfield, Massachusetts (up 29 percent); and Tucson, Arizona (up 27 percent).

Counter to the national trend, 15 states and the District of Columbia posted a year-over-year increase in foreclosure starts in 2016, including Delaware (up 37 percent); Connecticut (up 35 percent); Maine (up 30 percent); Rhode Island (up 26 percent); Arizona (up 15 percent); and Massachusetts (up 12 percent).

Bank repossessions drop to 10-year low, but increase in 21 states

Counter to the national trend, 21 states and the District of Columbia posted a year-over-year increase in REOs in 2016, including Massachusetts (up 61 percent); Alabama (up 32 percent); New York (up 21 percent); Virginia (up 9 percent); and New Jersey (up 4 percent).

Among 216 metropolitan statistical areas with a population of at least 200,000, those with the highest foreclosure rate in 2016 were Atlantic City, New Jersey (3.39 percent of housing units with a foreclosure filing); Trenton, New Jersey (2.16 percent); Rockford, Illinois (1.54 percent); Philadelphia (1.53 percent); and Lakeland-Winter Haven, Florida (1.46 percent).

U.S. properties foreclosed in the fourth quarter of 2016 had been in the foreclosure process an average of 803 days, a 29 percent jump from the previous quarter and a 27 percent increase from a year ago to the longest since ATTOM began tracking average foreclosure timelines in Q1 2007.