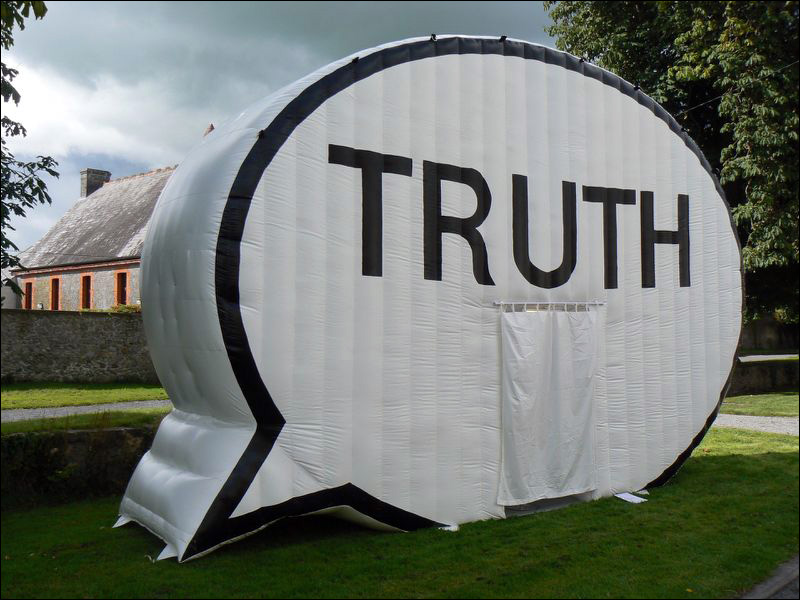 An art installation titled In Search of The Truth will make two stops in Chicago this week as part of a 24-city US tour. Also known as “The Truth Booth,” the interactive project invites locals to step inside a giant, inflatable sculpture in the shape of a cartoon speech bubble to be videotaped completing the open-ended statement “The truth is…” Eventually, the footage will be compiled and edited into video artwork.

Conceived by the Cause Collective and presented in partnership with the Rebuild Foundation, the “Truth Booth” is a unique effort to turn public spaces into temporary sites for extreme, personalized candor. According to the project’s artists, the booth is designed to be both a safe place free of judgement as well a sounding board for participants to comment on themselves, their community, and the world at large.

Crisscrossing the globe since 2011, the free exhibit will kick-off its Chicago stint at downtown’s Millennium Park tomorrow, Wednesday, August 17th from 12 PM to 7 PM. The installation will then migrate south to the Stony Island Arts Bank on Thursday, August 18th where it will be open between 12 and 6 PM. 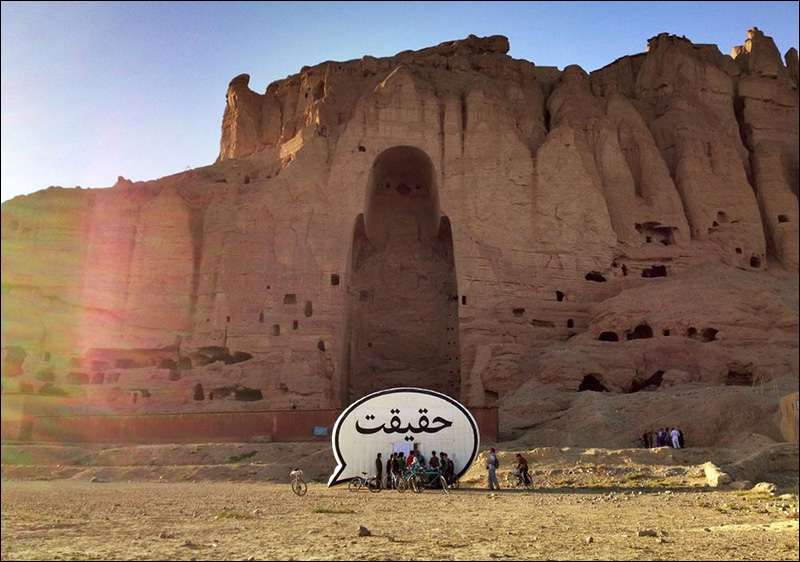 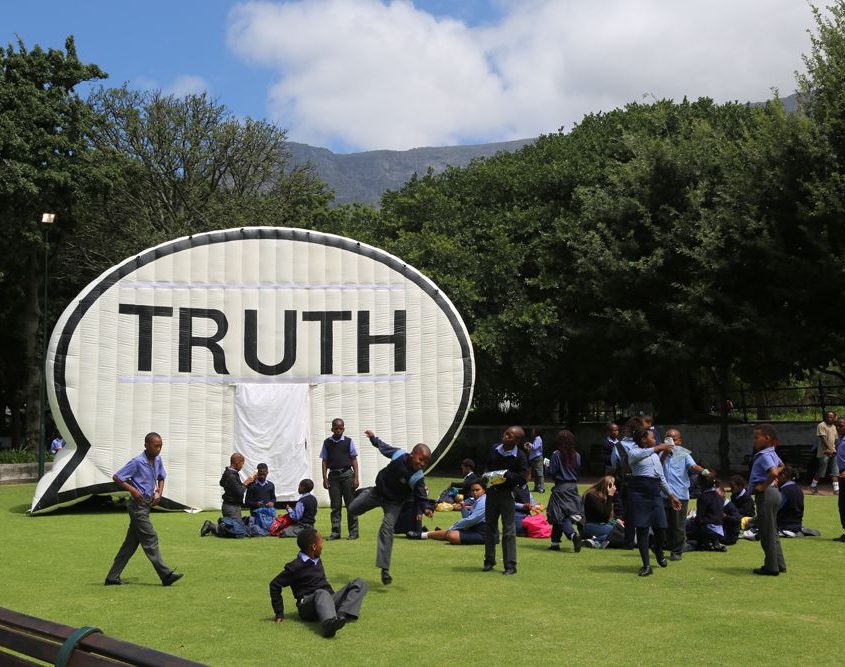