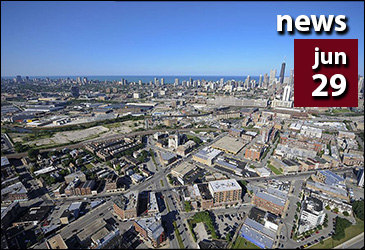 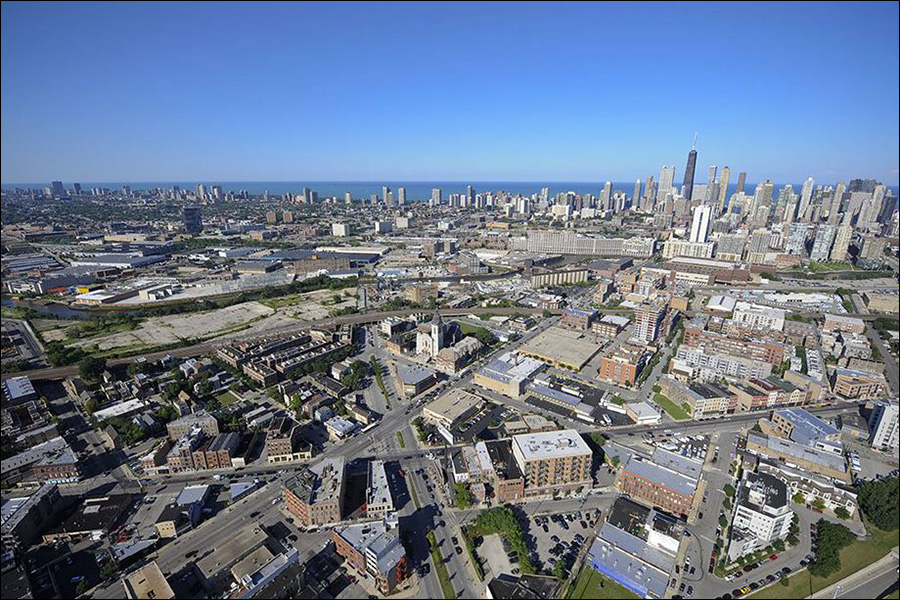 After adopting a framework land use plan for the North Branch Corridor, the Emmanuel administration is now preparing to actually re-zone the 750 acres of primarily industrial land straddling the Chicago River between Kinzie Street and Fullerton Avenue. An ordinance introduced by the Mayor at yesterday’s City Council meeting would see the corridor divided into three zones and opened up to new kinds of development—for a fee, naturally.

According to the document, the southern portion of the corridor located closest to Chicago’s downtown would see its protected Planned Manufacturing District (PMD) industrial designation repealed. The area would be encompassed within an expansion of the downtown zoning boundaries. 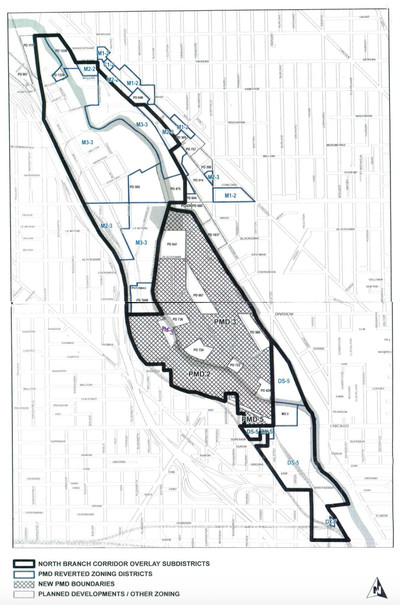 A map from the ordinance showing the proposed zoning changes for the North Branch Corridor.City of Chicago

Similar to an expansion that occurred last summerand saw “downtown” bonuses extended to rapidly-developing areas such as the West Loop and Cabrini Green, the move would rezone the area south of Chicago Avenue and east of Halsted to Downtown Service with a base Floor Area Ratio (FAR) of 5.0. New mixed-use developments looking for density bonuses would pay into Chicago’s Neighborhood Opportunity Fund.

To the immediate north, the middle segment—an area comprised primarily by Goose Island—will be redrawn as a new PMD. With high-tech office and manufacturing already flourishing in this area, city planners appear to be keen on keeping a good thing going.

Meanwhile, the northernmost segment would revert to its pre-PMD zoning. Though this would mean most of the land would remain zoned for industrial uses, developers could change their underlying zoning for non-industrial uses by paying a proposed ‘Industrial Corridor System Fee.’ According to City Hall, these funds would be used to support new investment in other industrial corridors on the city’s south and west sides.

Once developers pay the city for a zoning change to non-industrial use, the North Branch plan would also allow said developers to buy density bonuses by paying into yet another city-controlled fund. Known as the ‘North Branch Corridor Bonus system,’ payments collected here would go towards financing transit, open space, and other public improvements. It is hoped that these infrastructure investments will also help mitigate the traffic congestion that already clogs up much of area during peak hours.

“Chicago’s industrial policies have been focused on the rear view mirror for too long,” said Mayor Emanuel. “These improvements are designed around the future, especially the mixed-use business districts that attract and support the jobs of tomorrow.”

Not every elected official is 100 percent on board with the proposed changes. In an email to constituents sent this morning, 43rd Ward Alderman Michele Smith urged residents to attend a series of upcoming meetings recently announced by Chicago’s Department of Planning and Development to make their concerns known.

If adopted, the ordinance means “high rises could start appearing just outside our Ward on Clybourn Avenue and moving west to the river,” Smith’s email warned.

The Lincoln Park alderman has also strongly advocated for more contiguous park space with the revamped corridor, arguing the the 10 acres set aside in the framework plan could be adopted as a patchwork and would be inadequate to fit the recreational needs of the community.

Retirees Turning to Custom Homes to Get the Right Space

Inside Illinois’ new budget and tax plan
Scroll to top