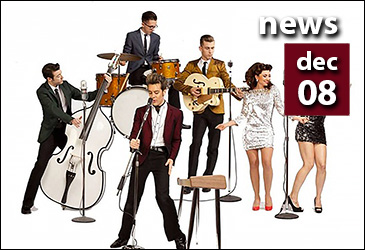 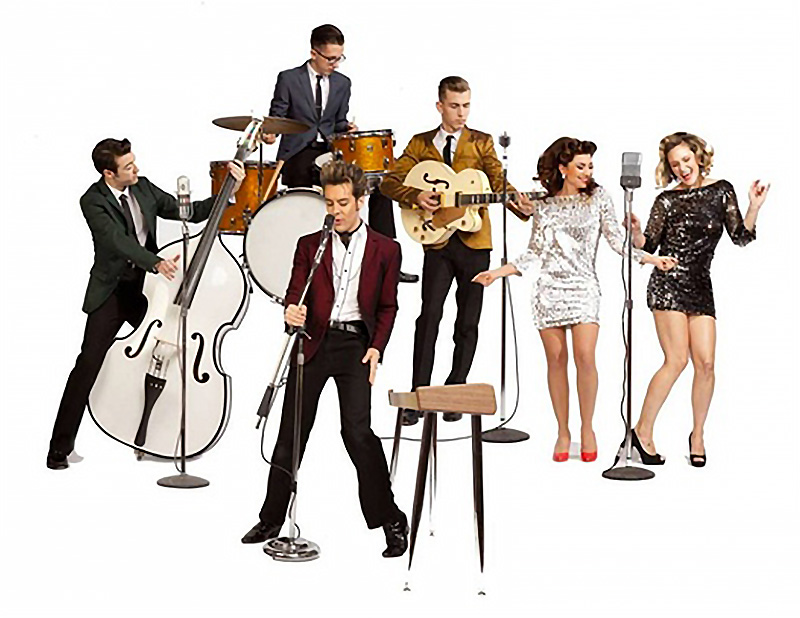 The woman who moves to Apartment 3A has a second chance at love with her new neighbor in this play that asks tough questions about fate, romance, and faith at Windy City Playhouse. Discount tickets $15.

The Curious Incident of the Dog in the Night-Time is an emotional play about an extraordinary teenager out to solve the mysterious death of his neighbor’s dog at Oriental Theatre. Discount tickets $75.

The Nutcracker is a one-hour musical fantasy featuring Marie, a nutcracker that comes to life, a mouse king, a sugar plum fairy, and music by Tchaikovsky at Marriott Theatre in Lincolnshire.

Discount prices include all taxes and ticket fees.

The Christmas Schooner tells the moving story of a 19th-century captain who risks everything to bring the Christmas spirit to Chicago, at Mercury Theater. Discount tickets $23 to $38.

Holidays around the world

See trees decorated to represent many cultures plus weekend ethnic song-and-dance performances during Christmas Around the World and Holidays of Light at the Museum of Science & Industry. Closed Nov. 24 & Dec. 25.

Model trains wind their way through a miniature village among poinsettias during the Winter Flower & Train Show at Lincoln Park Conservatory. Free.

Set in the 1930s, Crazy For You tells the story of a wealthy bachelor determined to become a professional dancer, with comedy, romance, and plot twists, at Drury Lane Theatre. Discount tickets $43.

Student musicians & singers perform a mix of sacred and secular works at Joyola! at Loyola University.

Barney the Elf is a musical parody of the film Elf with a drag twist that makes it PG-13 at Greenhouse Theater. Discount tickets $13.

Watch 10 films based on the plays of William Shakespeare duringShakespeare on Film at Gene Siskel Film Center.

The Hip Hop Nutcracker gives Tchaikovsky’s score a modern twist with an electric violinist and 12 hip-hop dancers (including DJ Boo and Kurtis Blow) on an urban set at Rosemont Theatre. Discount tickets $42.

Bundle up and prepare to belt out holiday classics when asked to sing along with the choirs at Caroling at Cloud Gateoutside in Millennium Park. Starts Nov. 25.

Enjoy a three-course meal aboard the luxurious Odyssey as you cruise past the Chicago skyline, departing from Navy Pier. Discount tickets $86.

Wear your ugliest sweater for the Ugly Sweater Run 5K and after-party at Soldier Field.

See birds of prey and wolves, hear folk music and a storyteller, walk on snowshoes (if there’s snow), make a craft, and have cocoa (while it lasts) at Polar Adventure Days. Free except parking.

Adults with tickets can buy drink specials and $3 to $7 tastes at restaurants on Chicago Christmas Crawl.

Holiday Remix is an arts & crafts market for things remixed, reused, and recycled at Broadway Armory Park in Edgewater. Repeats in June.

A ticket to Winter Solstice Craft Beer Fest gets you 10 beer samples and 2 food samples, with 100 beers for sale and live music at Blarney Stone Pub, Oak Forest.

It’s a holiday tradition to hear the joyful Handel’s Messiah sung by the Apollo Chorus of Chicago at Harris Theater. Discount tickets $20.

Lessons and Carols tells a story in nine short Bible readings and adds Christmas carols, hymns, and choral music in the chapel at Loyola University.

Clara dreams that her toy nutcracker comes to life in The Nutcrackerat Dominican University.

LEGO Train Show features a huge diorama of trains that run past skyscrapers, brick mania, and kids’ crafts, plus a ticketed party the first evening in Wheaton. Free except parking.

A ticket gets you special food and drink prices at bars.

Kids make four activity stops and then have a tea party with entertainment and party favors at Holiday Treasure Hunt and Tea Party at the Art Institute.

Hear classics by Bach and Handel at Holiday Baroque in a chapel with giant stained-glass windows at Northwestern University. Discount tickets $19.

Popular opera The Magic Flute is an adventure-filled tale of good versus evil in which love conqueres all, at the Civic Opera House.Discount tickets $43.

Take a one-hour train ride through downtown Chicago as you drink cocoa on the Polar Express, which travels round trip from Union Station at Jackson Boulevard.

Hear beautiful and inspiring music at Holiday Brass & Choral Concert[sound] by Music of the Baroque.

Wear your tackiest to the Ugly Sweater Party, which includes a beginner’s class, open dancing, mingling, and a performance at Duet Dance Studio for age 21+. BYOB.

Hear the band Classical Blast and guest performers at Dark Side of the Yule as they rock up traditional carols, popular classical pieces, holiday favorites mashed with famed classic rock songs at Lund Auditorium in River Forest. Discount tickets $11.

Clara struggles to save Christmas in the The Nutcracker, an imaginative, family-friendly version live at Chopin Theatre. Discount tickets $28 to $36.

A speech expert attempts to transform a cockney flower girl into a proper society lady in Pygmalion, the witty satire by George Bernard Shaw that inspired the musical “My Fair Lady” at Greenhouse Theater. Discount tickets $27.

Miss Bennet: Christmas at Pemberley reunites the characters from “Pride and Prejudice” and introduces a new love interest for the bookish sister, at Skokie’s Northlight Theatre. Discount tickets $51.

It’s a Wonderful Life recreates a live radio play based on the popular movie about a man seeking purpose in life at Greenhouse Theater Center. Afterwards, join the cast for milk and cookies. Discount tickets $44.

Celebrate a day early on Eve of the Eve Cocktail Cruise with music, dancing, views, and a complimentary glass of champagne on the Anita Dee II, departing from 200 North Breakwater Access. Discount tickets $20.

Enjoy an open bar, appetizers, live music, dancing, and a silent auction at the black-tie-optional charity benefit EVE of the EVE at The Merchandsie Mart.

Kids ages 3 to 13 will enjoy watching Peanuts cartoon characters on stage during A Charlie Brown Christmas at Broadway Playhouse.

Find a list of restaurants that offer special menus and celebrations for New Year’s Eve at OpenTable.

Costumed dancers and singers bring the waltzes of Strauss to life, as a full orchestra plays at Salute to Vienna New Year’s Concert at the Symphony Center.

Crystal Gardens New Year’s Eve has dancing to mainstream music, party favors, 20 bars, hors d’oeuvres, a champagne toast at midnight, and a terrace to watch the fireworks, at Navy Pier.

Join 3,000 people at Resolution Gala, which features four DJs, 30 bars, buffet stations, a champagne toast at midnight, and views of fireworks over the lake in the Grand Ballroom at Navy Pier for age 21+.

A ticket to the giant New Year’s Eve Soiree at the Hilton Chicago includes drinks, a buffet, DJ music, and before and after parties at other locations.

The New Year’s Eve Party includes a buffet dinner, a drink ticket, two improv comedy shows, and midnight champagne at Under The Gun Theater for age 21+.

A ticket to New Year’s Eve at Dank Haus includes an open bar with German beer, wine, and cocktails, plus a heavy hors d’oeuvres buffet, a champagne toast, and dancing to an eight-piece orchestra at Dank Haus.