Theater on the Lake renovation set to begin 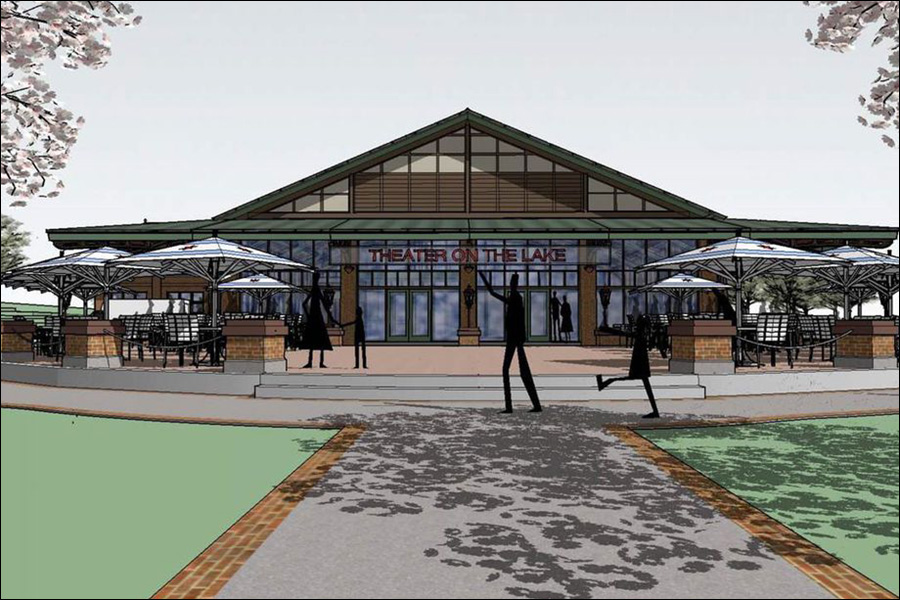 With work slated to begin on separating the Lakefront Trail along the Fullerton Avenue and North Avenue beaches, crews are preparing to overhaul Lincoln Park’s Theater on the Lake, the Craftsman-era public venue which sits right on the lakefront. While Mayor Rahm Emanuel and the Chicago Park District performed a ceremonial groundbreaking in December, the construction permit allowing for the work has only been issued just this week.

Dating back to the 1920s, the existing screened-in structure will be enclosed in new glass windows and converted to a year-round performance, dining, and private event space. With an estimated cost of $6 million, the renovation and modernization will bring a new 330-seat theater with modern lighting, sound, and dressing rooms to the venue. In addition, a 35,000-square-foot restaurant with an outdoor patio will join the plan. The upcoming restaurant and pub will feature seating for 140 patrons indoors plus an additional 280 across its southern and eastern patios facing Lake Michigan and Chicago’s downtown skyline.

Once completed, the modernized and amenitized Theater on the Lake will provide ongoing, year-round programming as well as a major food and beverage offering for beach goers and visitors. The renovation comes at the heels of the massive $31.5 million Fullerton revetment project in which the Army Corps of Engineers stabilized the crumbling shoreline infrastructure just north of the Fullerton Avenue Beach and reclaimed 5.8 acres of land for public park space. And a reworked Lakefront Trail separating cyclists and joggers will also soon join the area.

Riverwalk 2017 off and running
Scroll to top