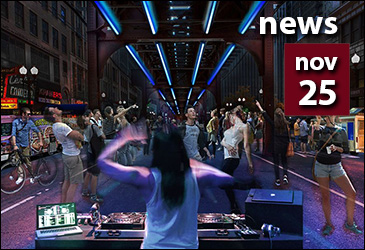 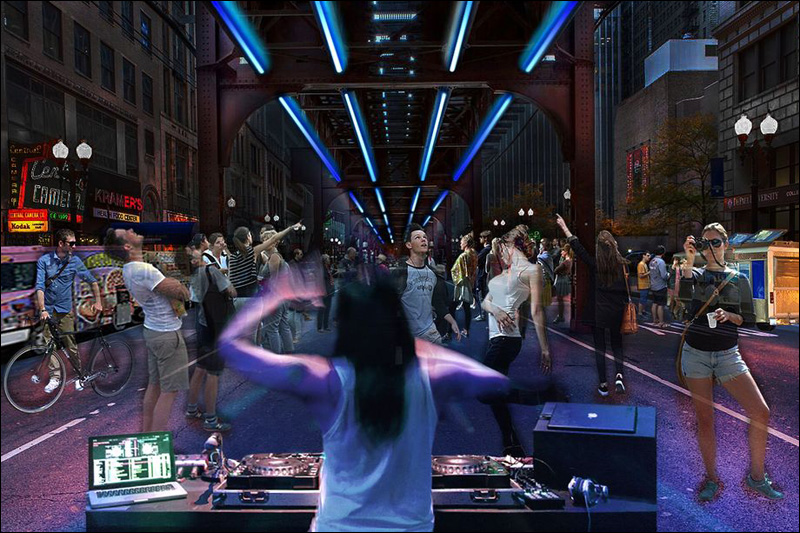 The folks behind an ambitious public art project to affix four rows of color-changing tubes underneath the L tracks on Wabash Avenue have started a second crowdfunding campaign. Known as the Wabash Lights, the idea raised $60,000 from 918 private donors to fund a limited-scale “beta test” of the programable LED hardware back in February. On the heels of that successful proof of concept (which saw only twelve feet of track illuminated), designers Jack C. Newell and Seth Unger are hoping to expand the lights a full two blocks.

The project now aims to raise an additional $50,000 via a second, recently-launched Kickstarter campaignand will offer rewards like t-shirts, tote bags, and “pixel naming rights” for its backers. The latest $50,000 goal, however, will be used to further grow grassroots support and will not cover the cost of the two-block, 600-light expansion. That figure is expected to reach as high as $1,500,000.

While Mayor Rahm Emanuel, Alderman Brendan Reilly, the Chicago Transit Authority (CTA), and Chicago Department of Transportation (CDOT) are all in favor of Newell and Unger’s art project, none have pledged the necessary funds to see it realized. Despite receiving a $25,000 donation from Comcast, it’s likely the Wabash Lights will need to court additional deep-pocketed sponsors to move from the 12-foot beta installation to what its designers have dubbed “the biggest piece of public art in Chicago’s history.”