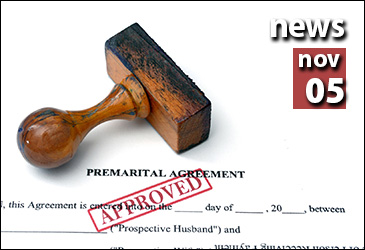 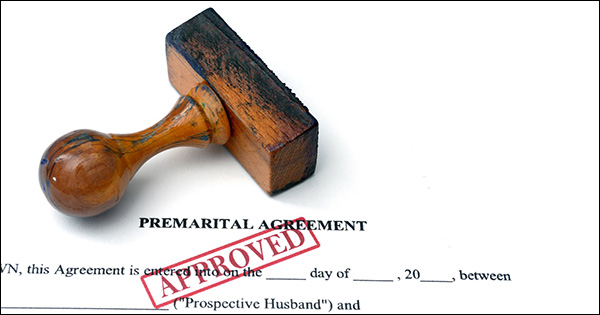 When love collides with real estate, the result is increasingly a prenuptial.

More couples are opting for prenuptials, according to a recent survey of 1,600 members of the American Academy of Matrimonial Lawyers, a professional group based in Chicago. In the survey, conducted from mid-September to mid-October, 63% of the respondents reported an increase in prenups over the past three years.

Alton Abramowitz, president of the group, says his Manhattan-based firm would facilitate one or two prenups a year 30 years ago. Now, his practice is conducting two to four a month.

Mr. Abramowitz says the rise is prenups is in part because more people are getting married at an older age, have more wealth coming into a marriage and are more sophisticated about their financial assets. And the asset people are often most concerned about is real estate. About 80% of respondents say the protection of separate property, often real estate, is the most commonly covered item in prenups. “Easily 90% of prenups have provisions dealing with residences, sometimes multiple residences,” says Mr. Abramowitz, speaking of his firm’s prenuptial practice.

Separate property typically includes assets that were inherited or gifted, owned before marriage or earned after the couple separates. In some cases, separate property can become commingled with community property. “Often someone owns a house before getting together with their partner. They want to make sure the house remains theirs,” says Emily Doskow, an attorney in Oakland, Calif., and an author of several books for Nolo, a publisher of consumer legal guides based in Berkeley.

That is where a prenuptial comes in.

“If you don’t have a prenup, then your state’s law determines who owns what during marriage and what happens to your properties after divorce,” Ms. Doskow says. “What you can do with a prenup is make decisions other than what your state’s law would decide.”

Raymond Rafool, a divorce attorney in Miami, sees many prenups that are used to tailor how real estate will be divided. “I’ve done prenup agreements that say once this is over, the wife has to move from the marital home. They give her 90 days after filing and then say she has to move,” he says.

Prenups can also dictate property that a couple has yet to own. “You can say, ‘Anything that I buy and put in my name is my property.’ That’s the beauty of a prenuptial,” Mr. Rafool says.

Mr. Rafool generally recommends prenups because they set expectations from the onset, though he adds that they aren’t for everyone. “Sadly, I’ve been involved in prenuptial agreements where the parties decided not to get married as a result of the negotiation,” he says.

Lawyers say prenups for higher-net-worth individuals typically cost between $15,000 and $50,000, though some can be well over $60,000 depending on their complexity.

Still, prenups remain rare. Only 3% of people who are engaged or married have a prenuptial agreement, according to a 2010 survey by Harris Interactive. Dora Puig, a high-end residential real-estate broker in Miami, says one-quarter of her clients will speak openly about having a prenup—but clam up as soon as their spouse walks into the room. “It’s never brought up in front of the couple. It’s always between me and the person purchasing” the property, she says.

Banks offering mortgages with 5% down
Scroll to top