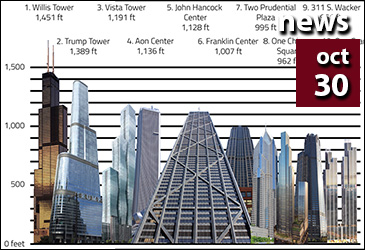 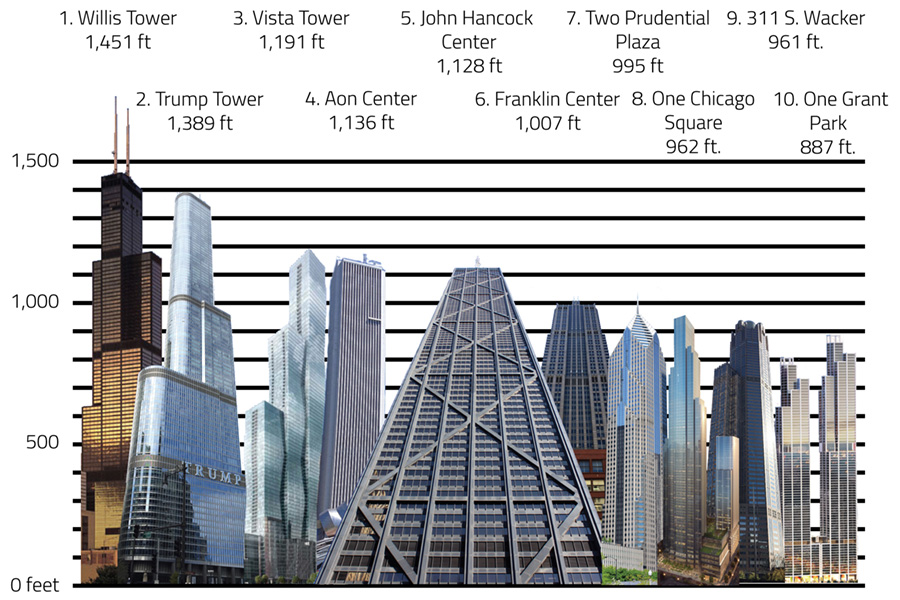 The 10 tallest buildings in Chicago have been the same since 2009.

But (economy willing) that won’t be for long.

A bevy of new, post-recession towers in the pipeline promise to change Chicago’s skyline in the near future. The latest addition: a proposed 76-story skyscraper that would be built on the former site of Holy Name Cathedral’s parking lot at Chicago Avenue and State Street.

The future top 10 list below reflects buildings under construction or under city consideration. One Chicago Square — the project across the street from Holy Name Cathedral — for example, still requires city approval.

And these buildings provide just a snippet at the building boom Downtown and the surrounding area . Honorable mentions that don’t quite crack the future top 10 include a planned 73-story tower at 1000 S. Michigan Ave. designed by Helmut Jahn and a proposed 80-story, 875-foot tower near Wacker and Lake Shore drives.

The tallest of the three towers planned for Wolf Point near the confluence of the Chicago River is slated to be 950 feet tall, but wouldn’t be built before One Grant Park, now under construction near Roosevelt Road and Indiana Avenue.