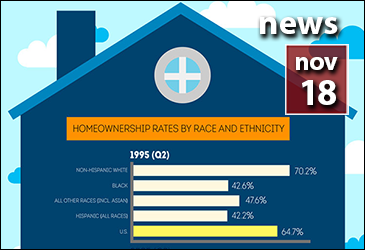 The “magic of homeownership.” That’s how Julián Castro, secretary of the U.S. Department of Housing and Urban Development (HUD), described one of the pillars of the American Dream during a speech at the 2015 convention of the Mortgage Bankers Association.

“President Johnson once said that owning a home is more than just a cherished dream: It represents achievement, something to be proud of — a place where a person can live with joy and pride, pleasure and dignity,” Castro told the mortgage bankers.

Yet with the U.S. homeownership rate dipping to a nearly 50-year low (63.4 percent) in the second quarter of this year, that homeownership “magic” feels to some like a cruel trick. At the mortgage bankers’ meeting, Castro managed to put the state of homeownership in a positive light.

“A few years ago, we faced the greatest housing test of our lifetimes, but we made it through,” Castro said. “Not only are we still standing, we’re prospering and the economy is growing stronger.”

To provide a historical snapshot of the ever-shifting homeownership picture in America, this infographic from LawnStarter slices and dices homeownership data based on race, ethnicity, income, age and geography.