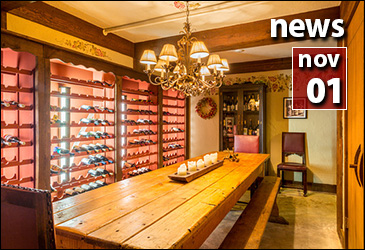 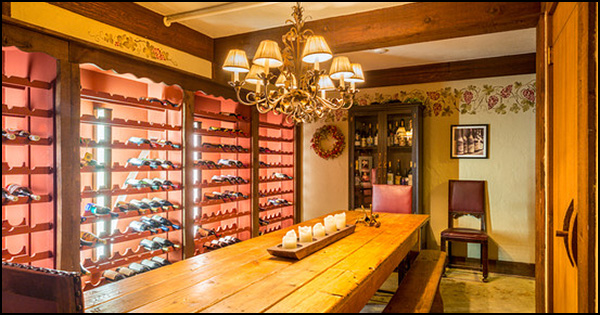 References to wine rooms in luxury listings are on the rise, and views, windows and outdoor spaces are some of the most in-vogue amenities in luxury homes, according to an analysis of listing descriptions by real-estate website Trulia. 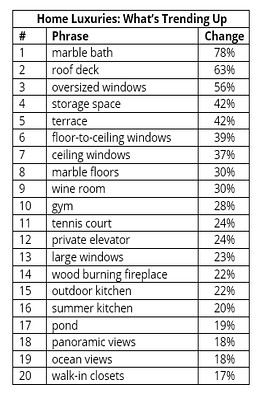 High-end listings are more likely to reference oversized windows, floor-to-ceiling windows, ceiling windows and large windows compared with a year earlier. Panoramic views and ocean views are also trending upward, as are outdoor entertaining spaces, such as roof decks and terraces. “Recently, there’s been more of an emphasis overall on nature and natural materials. This trend in luxuries could be part of the same shift,” says Jed Kolko, chief economist and head of analytics at Trulia.

Sellers have limited space in the listing description to entice potential buyers, and so the amenities they list reflect larger buying trends in the luxury market. “The listing words show what the seller or seller’s agent believe are most important to make their listing stand out,” Mr. Kolko says. 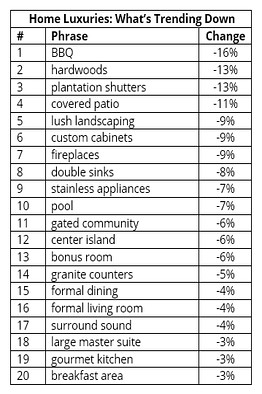 The amenity that saw the most growth is the marble bath, which is 78% more common in luxury listings now than a year ago, according to the analysis.

On the flip side, luxury listings are 16% less likely to mention a “BBQ”—the amenity that saw the biggest drop. References to other kitchen and cooking amenities and formal rooms, like formal dining and living rooms, also declined