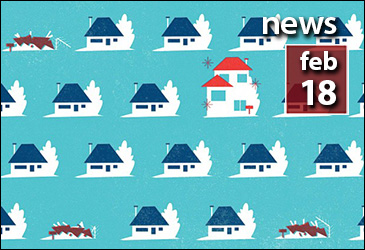 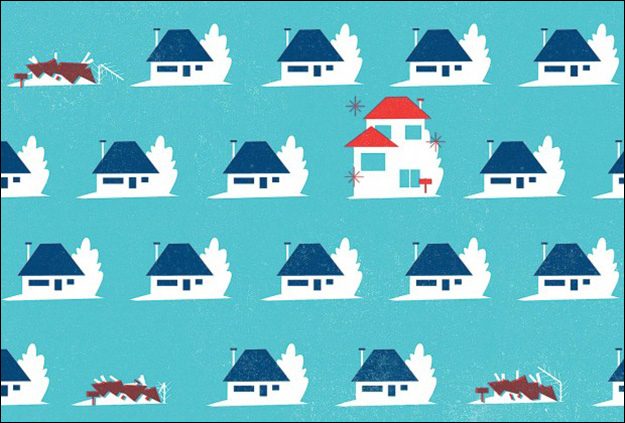 Less than a decade ago, no house seemed safe from the teardown wave that flattened sweet but small homes in favor of McMansions throughout the affluent northern and western suburbs. The real estate bust stopped that trend cold, but as pocketbooks have recovered, so, too, has the march for big new houses.

Wilmette, for example, saw 48 teardowns last year. That’s way up from the 15 to 20 the North Shore town experienced annually from 2009 to 2011. “We’re almost back to the old average of 50 a year,” says John Adler, Wilmette’s community development director. “And the resurgence is attributable to developers getting involved again on the speculative side—not just people of means building their dream homes.”

Hinsdale, the priciest west suburban housing market, had 60 teardowns last year, versus 47 in 2013, says its community development director, Robert McGinnis. All but six of the single-family homes that started construction there in 2014 replaced teardowns. McGinnis estimates at least half of the new projects are being built on spec, as opposed to being custom-built.

As with teardowns past, the replacement houses tend to be large and sell for between $1.5 million and $2 million. “These new places average 5,000 to 6,000 square feet and are popping up wherever builders bought [property] cheap in the recession,” McGinnis says. Pat Boyle, west suburban La Grange’s building inspector, says builders are hitting the maximum square footage allowed in the village, as they did during the last teardown boom. But builders are touting a better value in these new houses because many have fancier interiors—marble tile, exotic woods—to match their grand scale. “With all the competition on the market, builders have to set [their houses] apart,” Boyle says.

The teardown candidates aren’t just tiny bungalows this time. Developers are targeting larger houses as well, particularly if they sit on coveted property. Antiquated plumbing, the absence of upscale amenities such as media rooms, and the high cost of gut rehabbing (roughly $300 a square foot, versus $200 for new construction) are pushing homes on North Shore lots near the lake into early retirement. Two properties that sold for around $4 million each in 2014—one in Wilmette and one in Winnetka—are on their way to the scrap yard, says Berkshire Hathaway HomeServices KoenigRubloff agent Joseph Nash. Both were on three-quarter-acre lots with private beaches, and the Winnetka house had seven bedrooms—big and nice, but apparently not nice enough.

While there will always be preservationists who bemoan these changes, Boyle says he hasn’t witnessed as much handwringing this time over the evolving neighborhood character in La Grange: “Most people are happy that people are updating homes, because they’re seeing the value increase for their own property.”