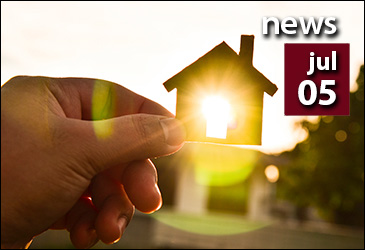 Spring is traditionally the busiest time for real estate sales, but the signs are there that this summer could prove to be the hottest time for buying or selling a home.

From a buyer’s perspective you have more choice, but you’re also competing against far more buyers. Sellers are also looking to sell over the summer, particularly if they have children and want to get a deal done before school starts again.

Overall, 16 of the 23 metropolitan markets we investigated moved in the direction of buy territory. This appears to be driven by a steady but strengthening job market, rising rents relative to rising ownership costs and recent slower growth in traditional financial portfolios consisting of stocks and bonds.

In some cities, particularly in the Midwest and to a lesser extent in the Northeast, prices have plenty of room to go up. Real estate is still a really good buy in places like Boston, Chicago, Cincinnati, Cleveland, Detroit, Milwaukee, Minneapolis, New York, Philadelphia and St. Louis.

While we still have some concern about some cities such as Dallas, Denver and Houston, where the real estate market has been particularly hot, we don’t foresee a dramatic downturn in prices for most of the country. In South Florida, where we live, fundamental factors supporting the housing market such as rising personal incomes, appear to be strong.

However, prices are probably too high for those looking to buy real estate as an investment right now, especially in certain markets, and buyers likely will experience some difficulty finding a good deal right now.

In markets like South Florida, Seattle and Portland, you may find you’re going to start to see lower probabilities that you’ll be able to successfully market your property. But while you may see extended marketing time and prices going flat, there’s no reason to believe there’s going to be a big dent in prices in these cities.

Tips for Buyers and Sellers

I always urge buyers to get prequalified for a mortgage before they start shopping. I also discourage them from making the purchase contingent on the sale of their own home or asking to take possession of the home before closing. That’s a prescription for disaster. Be up front. Disclose pertinent information. Don’t ask the seller to take on risk that might seem trivial to you. You have to think about the other party.

On the other side, sellers should make themselves and their home available to be shown by real estate agents and make sure it’s as pristine as possible. Make necessary improvements such as new paint, fixtures and flooring. But don’t go too far. Be careful. What you think is a nice improvement is another man’s gold shag carpeting.