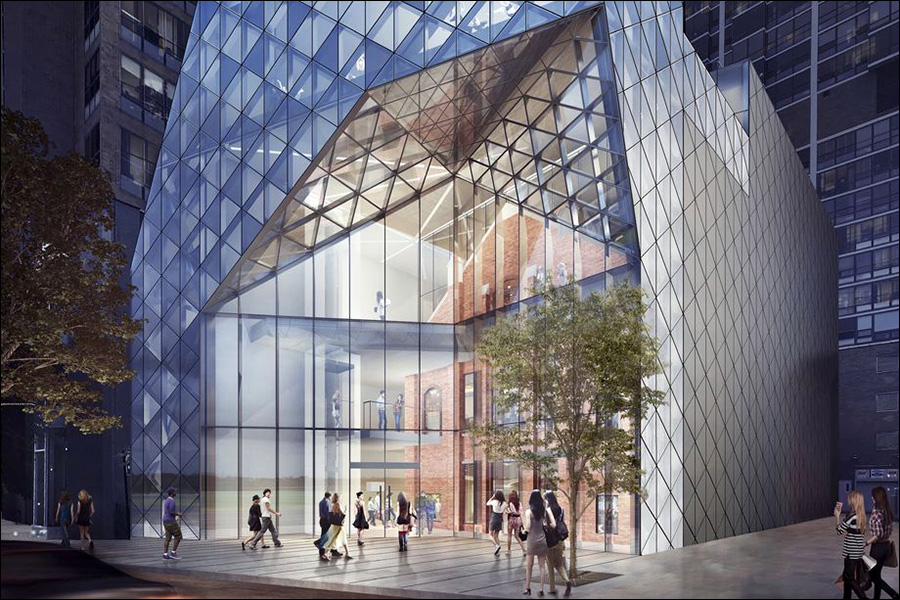 Lincoln Park’s former Hermon Baptist Church is poised to get a fresh lease on life as a modern dance studio enveloped in an angular glass and metal exoskeleton. The newly unveiled proposal for 1754 N. Clark Street calls for the historic 142-year-old church’s brick facade to be prominently incorporated into an architecturally bold facility designed by Chicago’s bKL Architecture.

After a handful of failed or blocked redevelopment attempts, the latest plan for property will see the site become the future home of Chicago’s Giordano Dance Company. Founded by retired Broadway hoofer Gus Giordano in 1963, the organization purchased the property for an undisclosed amount in April of this year.

The proposed crystalline structure will rise only slightly higher than the existing church—a bone of contention among neighboring condo owners that derailed earlier high-rise plans for the site. According to an application filed with the City of Chicago last month, the dance studio also includes a ground floor retail space as well as a rooftop terrace. No word yet as to when the project aims to break ground.