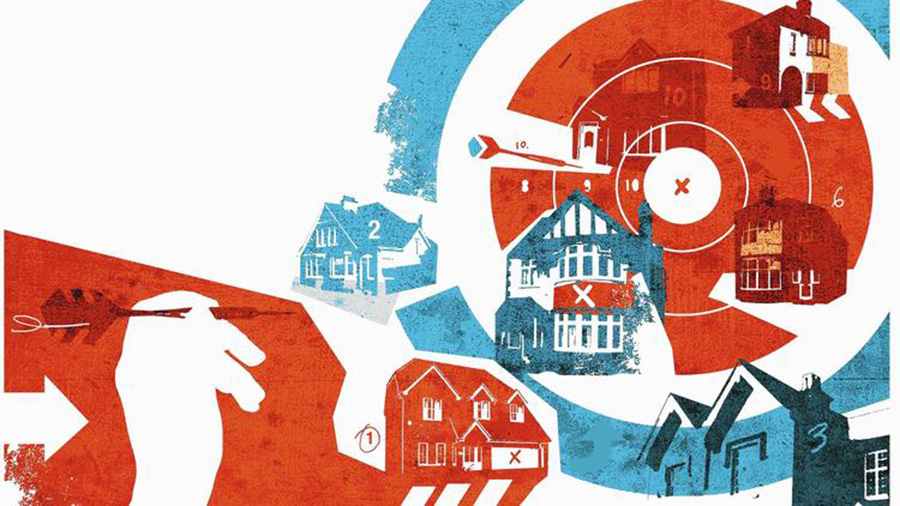 A cursory glance at the news confirms it: Buying a house is no cakewalk these days.

Inventory is low, particularly in the starter-home segment. Prices are rising fast. Mortgage rates are expected to climb. Competition is stiff.

According to the National Association of Realtors, the first three months of 2017 marked the speediest quarterly sales pace of existing homes in a decade.

Potential buyers hesitant to pull the trigger may be tempted to wait and see — if inventory increases, if prices fall, how tax reform unspools.

But three experts — a financial planner, a broker and a professor — say if you’re financially stable, it’s best to strike before the year is out. Still, there are some caveats.

Brenda Knox, a certified financial planner and president of Financial Elements, a fee-only advisory firm in Rolling Meadows, wants homebuyers-to-be to have “stable employment, obviously cash flow to support a mortgage payment and a down payment, savings in the bank for a down payment and emergency funds,” she said.

About that down payment: It can be hard to cobble together.

Should millennial buyers hold off to pay down student loan debt and squirrel away more for a down payment?

“That’s a tough question,” Knox said. “Certainly it’s going to depend on the individual situation, but I think we’re just going to see rates going up.”

And student loan debt can be a long-term load. “You could have student loans for 20 years, depending on which payment plan you pick,” she said. It may be unrealistic to attack it in full before dipping a toe into the housing market.

“I think if you are in a position where homeownership seems to be your next step, I would just be cautious about not overbuying,” Knox added.

They say don’t eat with your eyes; don’t buy with them either. Just because you qualify for a certain loan amount doesn’t mean a home in that price range is ideal, Knox said. Crunch the numbers.

Ensure your cash flow plans still include payback of student loans or other debts and retirement savings, she said, and warned potential homebuyers to avoid any urge to sacrifice everything for that perfect house.

In other words, Knox said, “Don’t be house-poor.”

Matt Silver, president of the Chicago Association of Realtors and a partner with Urban Real Estate, acknowledges that “we are at a very, very unusual and historic time again … if you recall, we were in a historic time when prices were falling and rates were falling and we had a lot of inventory, and so buyers sort of had their pick of the litter, right? And now it’s the exact opposite.”

“I think if you’re dabbling in the market and you’re looking, there’s something that’s driving you to do it, right?” he said.

Maybe you’re sick of paying rent, or moving in with a girlfriend or boyfriend. Perhaps you’re upsizing, downsizing or itching for a tax write-off.

“The first question that I ask is, ‘Why are you moving?'” Silver said.

Your answer to that question can help guide the search.

What you shouldn’t be a slave to, according to Silver, is interest rates. “If you look back over the history of the last six years, we’re pretty great. We’re hovering.”

When he purchased his first place in the early ’90s, his rate was more than 16 percent. “It was insane,” he said.

He does advocate a slight shift in strategy for current homeowners looking to sell and subsequently buy again. In years past, the focus was on getting a home sold, “and in the time that we’re under contract and getting ready to close, we can go run around and find a place,” he said.

These days Silver encourages sellers to have a dual focus — “the sell and the buy” — and ponder preferred neighborhoods and house styles before a sale is complete. Because of the low housing inventory, he said he’s “putting the cart ahead of the horse sometimes.”

Flexibility is crucial. So is swiftness. Silver recounted an experience with clients who were looking at homes in the North Center neighborhood in January. “There was a ton of opportunity,” he said. Those buyers decided to wait a couple weeks and browse again after a scheduled vacation. When they got back, the housing stock in that area was “swallowed up,” Silver said. “It was gone.”

That’s the thing about the housing market — it’s unpredictable.

What we do know, according to Charles Nathanson, an assistant professor of finance at the Kellogg School of Management at Northwestern University, is that “historically, when prices have been rising in, say, the previous year, they usually continue to rise at least for the next year, about maybe 70 percent as much as they did the previous year, on average.”

So, while no one possesses a crystal ball, if you’re debating between buying now or next year, 2017 is likely a better bet.

Are you delaying to accrue a heftier down payment?

“Given that you can lock in relatively low interest rates right now, then trying to build up a bigger down payment to lower the monthly payments doesn’t have a very big return because the interest rates are so low,” Nathanson said.

If your savings are sitting in a bank account and not earning much interest, that’s all the more reason to consider borrowing a bit more from the bank in lieu of waiting.

Consider, too, your tenure in a home.

Those who intend to stay put long term may be better equipped to weather any market fluctuations. But if you think you might move in six or seven years, Nathanson said, “it’s a little more risky.”

“The economist in me just wants to make a disclaimer that it’s hard to predict the market and it’s possible that in the next six or seven years there might be a big decline in Chicago real estate prices,” he said.

FOR LEASE: High-floor, Spacious One Bedroom at the Park Tower