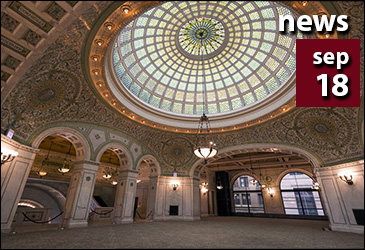 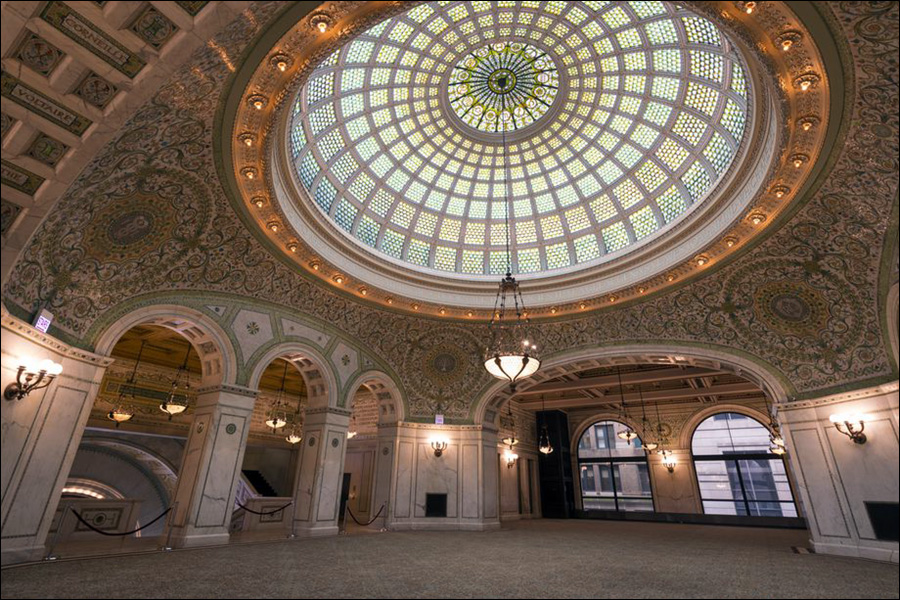 Mayor Rahm Emanuel and Chicago Architecture Biennial Artistic Directors Sharon Johnson and Mark Lee joined together to formally kick off the multi-month exhibition that will showcase the work of dozens of architects and designers from around the globe. With a theme of “Make New History,” this year’s Biennial will explore the role history plays in making new architecture.

Similar to the 2015 edition, this year’s Biennial will call the Chicago Cultural Center its home base. The Biennial will not only display works and exhibits from designers in the building, but the event will transform the Chicago Cultural Center itself by featuring several so-called legacy installations throughout the building’s interior atrium, corridors, and arcade.

In addition to its main hub at the Chicago Cultural Center, the Biennial will feature six neighborhood “anchor sites” outside of downtown. They include the Beverly Arts Center in the Beverly community, the DePaul Art Museum in Lincoln Park, the DuSable Museum of African American History in Washington Park, the Hyde Park Art Center in Hyde Park, the National Museum of Mexican Art in Pilsen, and the National Museum of Puerto Rican Arts and Culture in Humboldt Park.

This year’s Chicago Architecture Biennial launch aligns with EXPO Chicago, Navy Pier’s annual art and design convention. Running through January 7, 2018, the Biennial will feature 141 participants from 20 countries and will showcase the work from local artists and designers such as Ania Jaworska, Daniel Everett, David Schalliol, Iñigo Manglano-Ovalle, Marshall Brown, Norman Kelley, and many others. The full list of firms and artists participating in this year’s edition can be seen on the Chicago Architecture Biennial’s website.