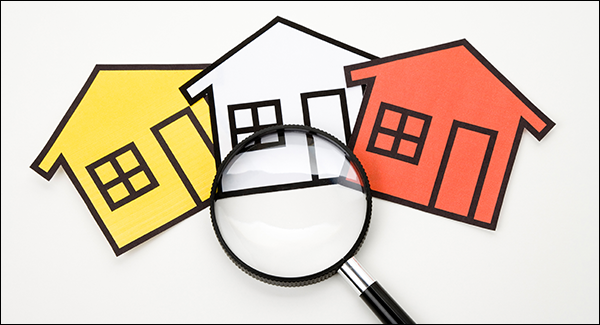 It’s OK. You can talk to your appraiser. Really.

A real estate appraisal organization has sent up a collective, exasperated sigh over the apparently widespread misunderstandings that seem to surround the process of getting a home appraised — and may even sabotage some sales.

David Bunton and John Brenan are the president and the director of appraisal issues, respectively, of the Appraisal Foundation in Washington, which has congressional authority to set the qualifications standards for the 85,000 real estate appraisers around the country. In an edited interview, they discussed several widely held misperceptions about just what appraisers do and the role real estate agents and consumers can play in getting a fair price evaluation on a home.

Q: I’m hearing that real estate agents and others think they can get into legal and ethical hot water for even chatting with an appraiser in the course of getting a valuation — that the financial industry regulatory law informally known as Dodd-Frank plays hardball with even the appearance of someone trying to influence an appraiser to “hit a number” so that a purchase mortgage or refinance application will be approved. Is that true?

Bunton: If there’s change out there, there’s an awful lot of misinformation. And Dodd-Frank brought change regarding appraiser independence. I was at a conference a few months ago when a real estate agent told a story about how she tried to give an appraiser two examples of comparable sales in the neighborhood (that the appraiser might use to derive a fair value for a house she was selling).

She said she told him, I have some information you might find useful. And he said to her, do you know you might get arrested for that?

Similarly, in the lender area, lenders also are skittish to talk to appraisers because they fear they’ll exert an undue influence over the outcome. The pendulum has swung from one extreme to another.

Q: So that’s not an issue, that you can offer an appraiser any supplemental material that you think might help him or her arrive at a fair number?

Brenan: That notion that an appraiser is radioactive, that’s just wrong. John’s example of the agent offering some comparable sales, there’s nothing wrong with that. Most appraisers warmly welcome that kind of information. The more information, the better.

But what can’t come with that information is some kind of condition. You can’t say, you should only look in this area. It’s OK as long as the communication isn’t intended to unduly influence the outcome.

Q: Some agents around the country have complained publicly that because the housing downturn stopped sales cold for an extended time, when markets finally start to heat up again, there aren’t truly comparable sales for an appraiser to base a valuation on. They complain that the deals are going off the rails because appraisals don’t pencil out. Is that true?

But there are tools an appraiser can use. They can adjust the comparable sales to indicate what houses would have sold for more recently. For example, if a house sold for $200,000 four months ago and the appraiser is able to document that prices are going up 2 percent a month, that’s an 8 percent increase, and that sale could be adjusted upward. A competent appraiser who knows the nuances of the marketplace should be able to do that.

Q: So what happens if you’re the consumer or real estate professional involved in a sale or refinance and you think the appraiser has missed the mark? Is that the end of the story?

Brenan: For a borrower or refinancer, if the value doesn’t meet their view of the marketplace, we suggest they try to obtain additional data to consider — closed sales or perhaps a property next door that’s newly listed for sale, along with a brief explanation about what the appraisal has lacked. Maybe he misjudged the condition, maybe the square footage is off. They should provide it in writing to the lender.

In a sale, this would generally be the buyer’s role, but a homeowner can also do it, to an extent. Even though a homeowner pays for the appraisal, the homeowner isn’t the appraiser’s client, the lender is.

And there are only certain things that the appraiser can talk to the homeowner about. Even though it’s to their benefit to have the appraisal, the appraiser can’t talk about the final value unless the lender says it’s OK.

Q: It can be hard for builders in some areas to sell homes for the cost of the construction because they’re competing with depressed prices on existing homes nearby. Do you hear from builders about that?

Brenan: A builder’s rep told me: We have been building homes for X dollars but selling for Y dollars — how can we get them to be valued higher? My response was: You have to get people to pay more for the houses. If somebody is only willing to pay $210,000 for a house, well, then that’s what it’s worth.