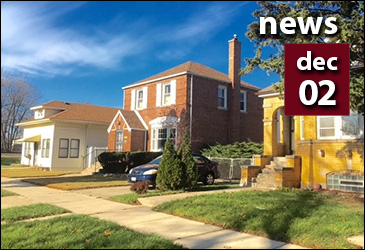 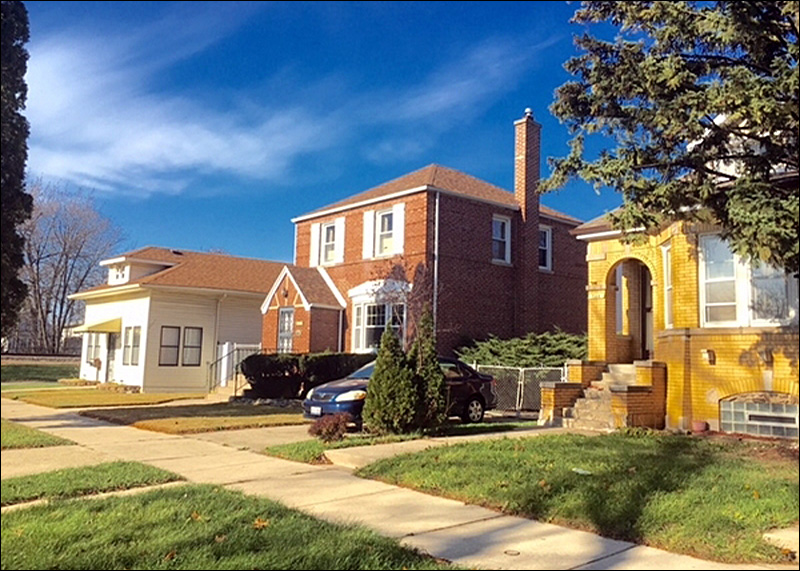 Doris Atwater and Le Ronnie Cameron have lived a block from one another in the Fernwood section of Chicago’s Roseland neighborhood for four decades, but recently both have had to face the prospect of moving. The CTA’s proposed extension of the Red Line may require the agency to buy and demolish their houses.

“It’s a blessing for the neighborhood,” said Atwater, who has lived on 101st Place for 44 years. “I’m praying they put it here. It’s exciting.” With three new elevated stations in the neighborhood (and a fourth in Riverdale), commute times from a broad piece of the South Side to jobs in the Loop and the North Side will drop.

“We don’t need an el in here tearing up these quiet blocks. I don’t want to see that happen,” counters Cameron, who has lived on 102nd Street for about 50 years.

The two houses are among 82 that lie in the path of one or both of the routes the transit authority is studying for the 5.3-mile extension of the Red Line south from 95th Street to 130th Street. Nineteen multi-family properties are also on the list, which in all includes 248 privately owned commercial, residential or church properties.

Mayor Rahm Emanuel recently announced that the CTA’s new capital plan includes $75 million for engineering and environmental studies of the project. When completed, the studies will allow the agency to apply for $1 billion in federal funds for the $2.3 billion extension.

CTA is not buying properties yet, and construction wouldn’t start until 2022, the agency’s spokeswoman, Tammy Chase, said. But in the meantime, said Lunye Williams, who lives in a targeted house on 100th Street, “it’s very uncertain for us, and I’m not happy about that at all.”

The city has not estimated publicly what it will cost to buy the homes, because the route has not been decided, Chase said.

Federal rules on property purchases like this guarantee that property owners will be paid the market value of their homes, or in some cases, the original purchase price, if it’s higher than the current value, Chase said.

Williams, a police officer, owns the house her grandparents bought when it was new in 1966. Last year, she spent $7,000 to have a new roof installed, she recently had some interior painting done, and she’s been looking into fixing a drainage problem. “I was not looking to sell,” she said.

Williams and the other two homeowners live on cul de sacs immediately east of ground-level Union Pacific tracks and a band of green space. The CTA is exploring two routes: one east and one west of those tracks. The eastern route would take out up to 75 houses, and the west route would take 22, according to Chase. Some houses are in both routes, for a total of 82 houses, Chase said. The number of properties the CTA ultimately buys will almost certainly shrink, she said.

Chase confirmed that more commercial property would be lost if the western route is chosen. In a part of the city where small businesses are scarce, “we need to do everything to keep them,” Atwater said.

On each of the three homeowners’ blocks, the extension would take out two to four houses on each side of the street, about one-third of the homes on the block. These short blocks ending at the rail tracks “are special and quiet,” Cameron said. “People who don’t belong here don’t come in here.”

About 2 miles south of the homes, in West Roseland, the route of the extension passes a block of Yale Avenue where seven of the 16 houses are on the CTA’s list of potential demolitions. Two are boarded up, along with three other properties not on the CTA list. A man who lives on the block but declined to give his name said that the neighborhood would be better off if those homes all made way for the Red Line.

“We should take anything that picks the area up,” said Jo Ann Doss, who lives in Fernwood.

While some homeowners are in a holding pattern while the CTA studies are going on, the long-term impact of the Red Line extension on home values should be good, said Maikol Akintonde, a Coldwell Banker with a listing on Eggleston Avenue a few blocks from the route.

“When the new line is in and the new stations are open, more people will be interested in at least looking at these homes that have easier access to downtown where most people have their jobs,” Akintonde said.

Chicago is the country’s No. 1 investor market
Scroll to top