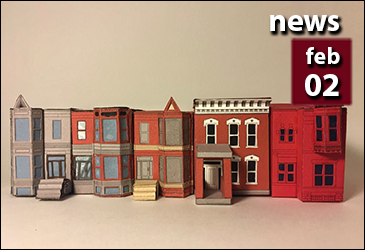 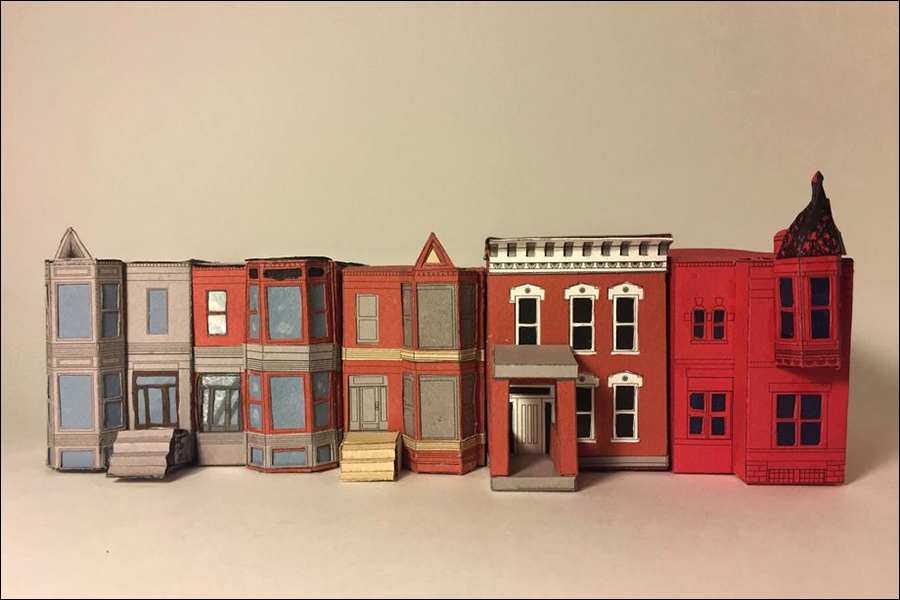 Chicago is known around the world for its tall skyscrapers, but some of Chicago’s greatest architecture is often found throughout the city’s neighborhoods. Chicago neighborhood streets have a unique feel to them, and this is because the types of residences that are common in Chicago are largely unique to the city. Chicago’s vernacular architecture includes many styles, such as the worker cottage, the brick two-flat, and the Chicago greystone—a type of home that utilizes Indiana limestone for the front facade and Chicago common brick for the back and sides.

John Morris, the blogger and photographer behind projects such as Chicago Architecture Data and Chicago Patterns, has been focusing his efforts lately on recreating some of Chicago’s most common and iconic styles of residences in paper miniature form. His latest project, called Tiny City, showcases some of Morris’ recreations of historic Chicago buildings but also invites others to join by making their own miniature models. We recently checked in with Morris to discuss how he is utilizing his love for and knowledge of Chicago architecture towards a newfound interest in paper craft.

What inspired you to take on this project?

I’ve been a casual fan of miniature modeling for a long time, but only recently started with paper craft. It’s a relatively easy and precise way to make miniatures.

There are two local exhibits that have provided inspiration for this project: the Chicago Model at the Chicago Architecture Foundation, and the Great Train Story at the Museum of Science and Industry.

What is it about Chicago’s vernacular architecture that you find special?

The prevalence and variety of well-designed working class housing stock. A prominent example is the Worker’s Cottage–tall ceilings, large windows, decorative exterior ornament, and lots of space for what was an affordable price. Another example is the brick two-flat with built-ins, interior wood columns, and decorative fireplace.

Do you have a favorite type of Chicago style residence?

I love most architecture styles and types, but if I had to choose it would be the Chicago greystone. There’s something really special about housing stock that is stately, unique, and (at the time of its construction) within reach for many Chicagoans. Many of them appear to be grand single family homes, but are actually a two or three family home.

What’s the hardest part about making a tiny paper home?

Each house or building is made from 3 to 4 layered sheets of colored paper, and each one requiring precise cuts to work with the other layers. Cutting everything is the most challenging and time consuming part of the process, and I’m looking at ways to speed that up.

How far do you plan on taking the project?

With my other projects, I have a specific goal or recurring goals in mind, but this is mostly just a fun escape. Designing and building them is an interesting challenge and chance to disconnect from technology and everything else for a few hours.

A longer term goal is to create a guide (via tinycity.net) to various types of American architecture of all types. I think it could be easier to learn what defines styles via abstract or miniature representations.

Do you plan on eventually showing the homes?

No plans at the moment. But I think there could be an opportunity to recreate city blocks, or neighborhoods lost in years past.