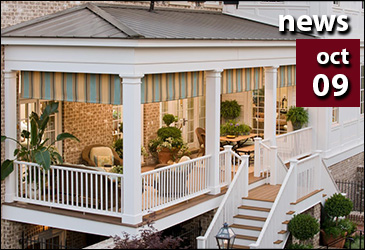 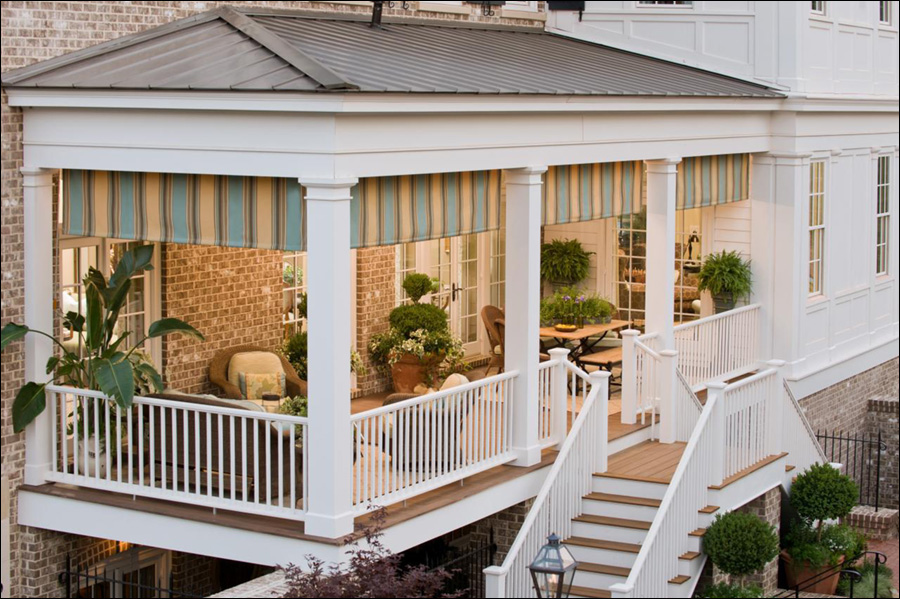 More new homes are coming equipped with front porches. Sixty-five percent of new single-family homes started in 2016 included a porch, according to a Census data analysis from the National Association of Home Builders. It’s only the second time since tracking began that new single-family homes with porches have moved back above 65 percent. For comparison, in 2005, 54 percent of new homes had porches.

Certain regions of the U.S. are showing a higher preference for porches. For example, the East-South-Central region of the U.S. had the highest share of new homes started in 2016 with porches at 86 percent. 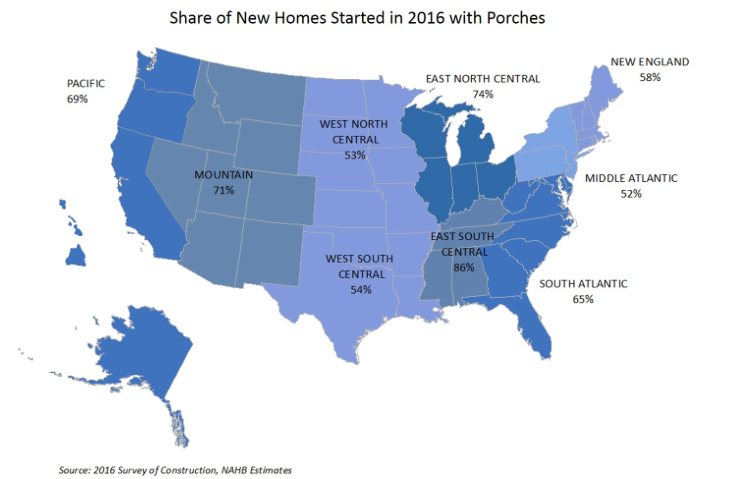 The Census data from the Survey of Construction report does not indicate much information about the look of the porches. However, the NAHB reports that the Annual Builder Practices Survey, conducted by Home Innovation Research Labs, shows that front porches on new homes tend to be more common than side porches. Also, most new home porches are open rather than screened.

The average size of a front porch on a new home is about 60 square feet, according to the report. The materials used often tend to be concrete and treated wood. However, some regions—like the Mountain and Pacific areas of the U.S.—tend to favor redwood over treated wood for their front porches.