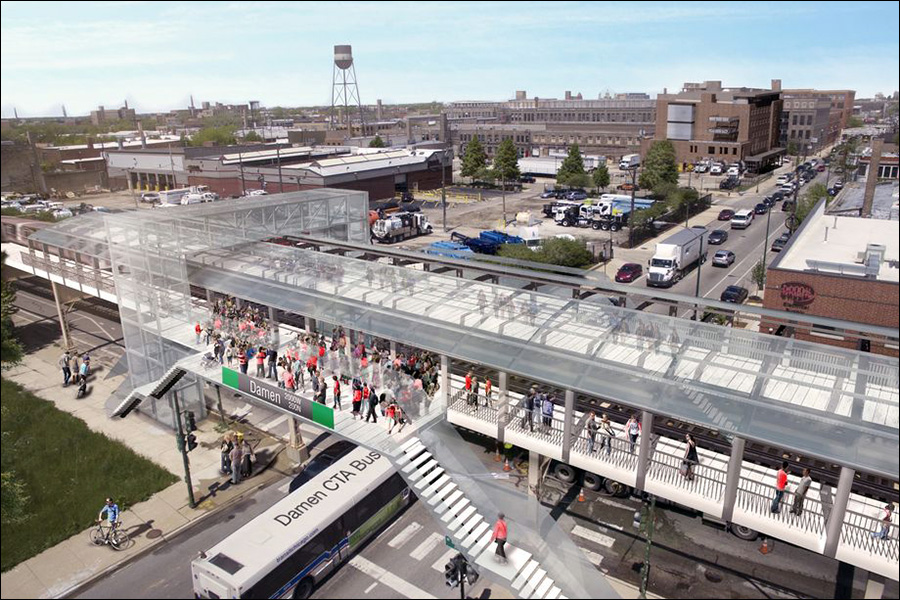 Mayor Rahm Emanuel made two major announcements last week in regards to Chicago public transit and infrastructure: a new CTA Green Line station is being planned for the Near West Side and the city has reaffirmed its commitment to exploring and possibly building an express line to O’Hare. While the merits of a separate O’Hare express rail line are being discussed and debated, the announcement for a new Green Line station at Damen and Lake has been well received by planning experts and residents.

The proposal for a new CTA station at Damen and Lake is not a new idea. According to John DeSalvo of JDD Architects, his firm has been exploring the concept of a new CTA station at Damen and Lake since last summer. The firm was tapped last year by the Randolph Fulton Market Association to produce and present a draft concept for such a station. After carefully studying the intersection, the team came up with a proposed design for a station that not only be functional, but one that would fit with the look of other new Green Line hubs like the Morgan and McCormick Place stations. 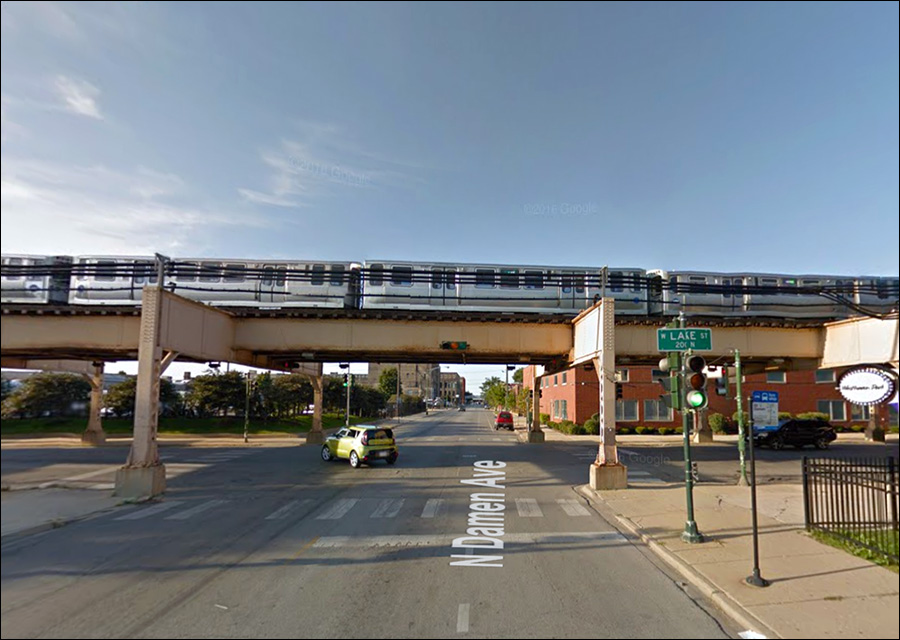 “This was our fantasy of what a train station for this intersection would look like,” architect John DeSalvo tells us. “We were trying to emphasize the growth and development of West Fulton Street while keeping it handicap accessible and as visible as possible.”

While the prospect of the new station is an exciting one for residents and businesses on the Near West Side, Roger Romanelli of the Randolph Fulton Market Association says that the project could virtually drain the Kinzie Industrial Corridor TIF—money that is supposed to be used for job training in addition to infrastructure improvements.

“We have to be careful with our allocation decisions,” Romanelli tells us. “If people are coming all around the world to take the Green Line to the United Center, then the Damen Green Line station should be viewed as a federal transportation asset and should be funded by a federal grant with a local match from the Kinzie TIF.”

Described as a “game changer” for the Near West Side by Metropolitan Planning Council president MarySue Barrett, the new station is expected to serve the businesses in and around the Kinzie Industrial Corridor, as well as the United Center, home of the Chicago Bulls and Chicago Blackhawks. MPC’s Barrett tells the Tribune that nearly 18,000 jobs and 6,270 residents are located within a half-mile of the proposed station, suggesting that there is adequate demand for the new CTA station.