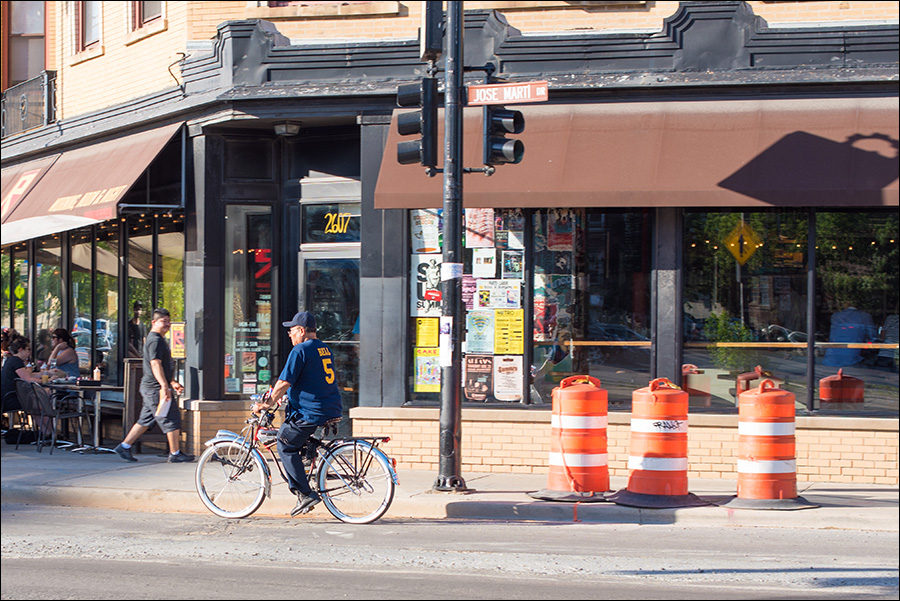 Four different concepts for the redesign of Logan Square’s traffic circle were presented by the Chicago Department of Transportation at a second community meeting on Tuesday night.

The concepts range from minor work to dramatic improvements and attempt to address the numerous concerns from residents in the area.

The changes are part of CDOT’s initiative to improve North Milwaukee Avenue from Logan Square to Belmont. The department collected feedback after the first public meeting and most comments were concerned with creating a better balance between those who use the area.

People called for more useful and easily accessible green space, improved pedestrian crossings, preservation of the neighborhood identity, creation of a corridor that’s good for businesses and, of course, better traffic flow, according to the project’s presentation.

There were two concepts presented for either dashed or separated bike lanes on Milwaukee Avenue. The dashed bike lanes wouldn’t impact street parking or the curb, while the latter would require more work but is slightly safer for cyclists.

The four plans presented at the meeting for the Logan Square traffic circle take into consideration the community feedback with the first concept offering mild improvements. The second concept includes rerouting Milwaukee Avenue around the square and creates more green space. The third concept is the most dramatic redesign, which has Milwaukee Avenue running through the square and two-way traffic on the west and south sides of the green space. The last concept would reroute Milwaukee Avenue for more public space and create two-way traffic on all streets surrounding the square.

All plans, except for the first, create more public space which was a top request. Pedestrians might favor the latter two concepts and while enhancements for cyclists could really be applied to any plan.

If you’ve got a car, concept two might be the most hassle as it reduces street parking and increases travel times on several streets.

Got an opinion? You can comment on the concepts through CDOT online form. Or, you can let us know in the comments. 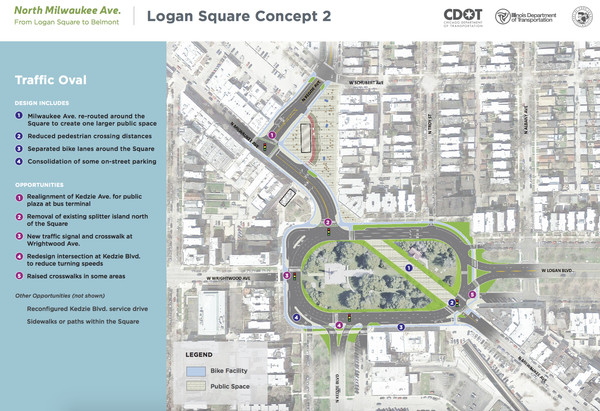 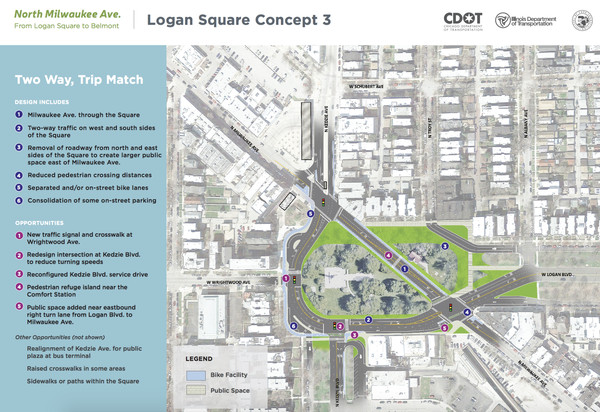