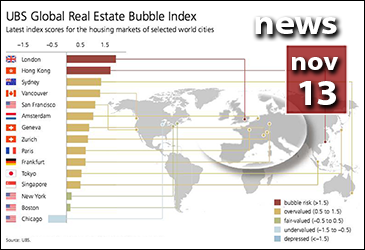 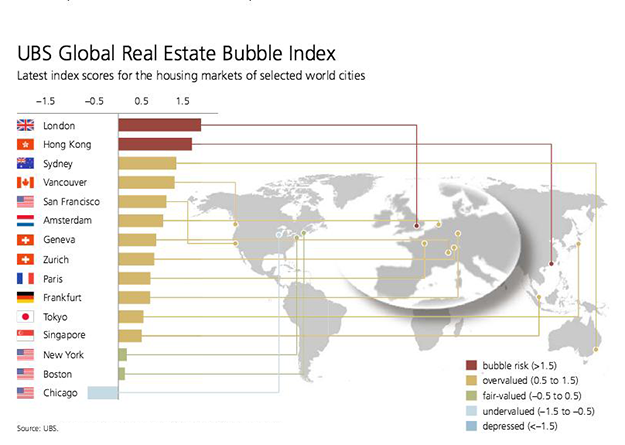 Of the world’s largest cities, Chicago’s housing market is the most undervalued.

That’s according to the latest UBS Global Real Estate Bubble Index, which warned that London and Hong Kong real estate markets are the most at risk for a housing bubble — while Chicago faces the least risk.

About the Chicago market, the report’s writers said: “Real house prices are still 31 percent below their 2006 peak. They only began to recover in 2013 and have increased since by about 8 percent. The recovery remains comparatively weak, dragged down by the sluggish local economy. The cheap valuation is supported by the lowest price-to-income and price-to-rent multiples among the selected cities.”

Around the world, the report said that in the majority of large cities, housing markets are overvalued. But in the U.S., “the U.S. cities of New York and Boston are fairly valued, while Chicago is undervalued relative to its own history.”

State of the Market
Scroll to top