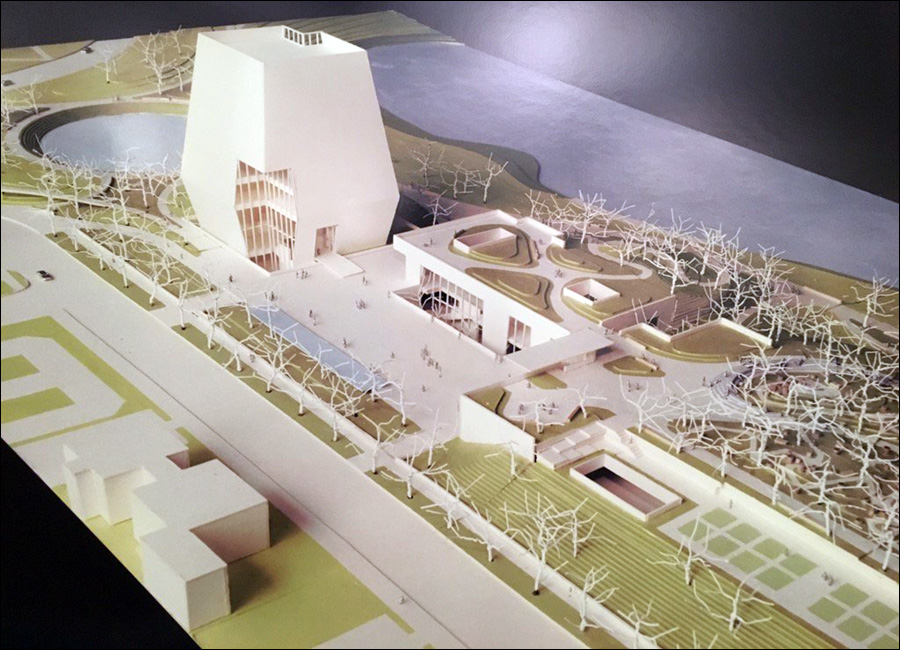 During an event this afternoon in Chicago centered about his forthcoming Presidential Center and Library, set to open in 2021, former President Barack Obama discussed some of his plans for the center and showcased early design concepts which have been released by the Obama Foundation.

The event, which took place at the South Shore Cultural Center, was billed as a community discussion, with the former president, as well as Mrs. Michelle Obama, Mayor Rahm Emanuel, and community leaders meeting to discuss plans for the Obama Presidential Center with hundreds of members of the community. This is the former president’s second trip back to Chicago, and Michelle Obama’s first, since they left the White House. 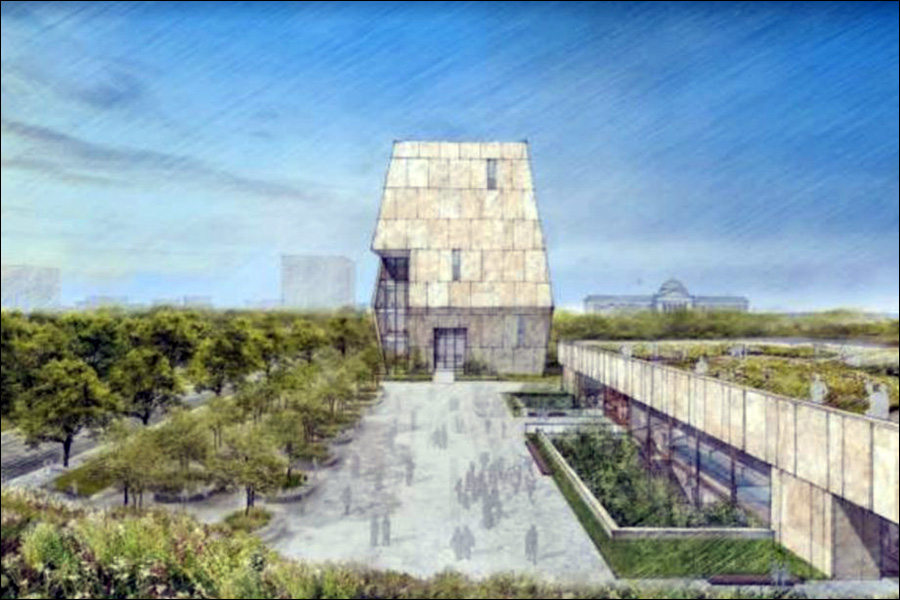 The Obama Presidential Center will be built on a site in Jackson Park in Chicago’s South Side, near the Woodlawn neighborhood. Located 10 miles from the Loop district downtown, it will become the first presidential library to be built in the heart of an urban environment, according to the Obama Foundation. Obama said he hopes the design helps make the area more of a “people’s park.”

Here’s a description of the site and its buildings, taken from a statement released earlier today by the Obama Foundation:

The Museum, the tallest structure on site, will serve as serve as a lantern for the Obama Presidential Center and the South Side and mark a visitor’s arrival. The Library and Forum are single story structures with planted terraces. Generous pathways take visitors from the park to landscaped roofs above these two buildings, where one can view the plaza, Lagoon and Lake Michigan.

The project will be certified at a minimum LEED v4 Platinum, according to the press release, and the total size of the center will range between 200-225,000 gross square feet. The concept also “imagines a re-shaping of the Park that will result in a total net increase in green space for Jackson Park.” That’s an important detail, since there was controversy over giving over portions of the historic park for the project.

The Center will also present a new model for records and archival storage. From another statement this afternoon:

For the first time in history, all of the unclassified paper records from the administration will be digitized soon after the end of the administration. This will help the National Archives and Records Administration (NARA), which retains ongoing control over presidential records, make the records more easily accessible to the public. In making this decision, the Obama Foundation is prioritizing providing NARA with a digital archives to serve historians and scholars, instead of building a Presidential Library to hold the paper records.

NARA will then provide access to the Obama Presidential records virtually. As NARA releases records to the public, the Obama Foundation will be able to use them in support of an active experience for young people, families, local citizens, and visitors to Chicago from around the world. Instead of being housed at the Presidential Center, NARA will preserve and protect the paper records in a separate NARA facility.

The Center, expected to cost at least $500 million, will be designed by husband-and-wife architecture firm Tod Williams Billie Tsien Architects, who won the coveted commission last June, along with Chicago-based Interactive Design Architects (IDEA), who will serve as local partners on the project.

Williams and Tsien are best known for their educational and institutional works, including the Cranbrook Natatorium on the campus of the Michigan arts college, the Barnes Foundation in Philadelphia, and the American Museum of Folk Art in New York City, a prized Manhattan building that was demolished in 2014to make way a new MoMA expansion.

Just In: Renters Can Buy a Home—Without Spending More Money