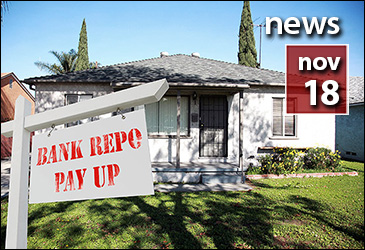 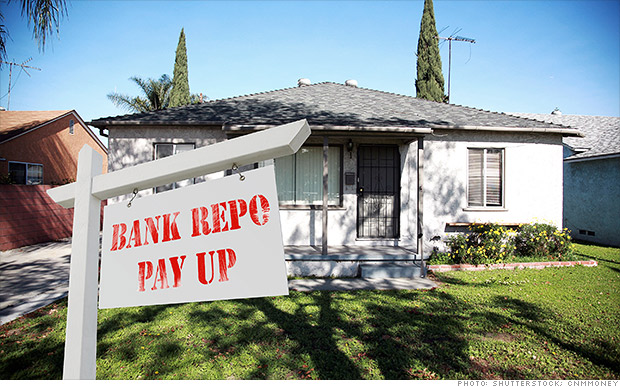 They thought losing their home was bad enough. Now, years later, collectors are coming after them for thousands of dollars in back debt.

Ben McLarin lived near Jacksonville, Fla., until he lost his job and got divorced in 2007. His wife kept the house, but then couldn’t keep up the payments, spurring the bank to foreclose in 2009.

This year, a debt collector informed him he was being sued for $115,000, the difference between what was owed on the house and the amount the lender managed to recoup after it sold the home, said McLarin, an IT worker, who now lives in California.

His attorney, Chip Parker, with Parker & DuFresne in Jacksonville, said McLarin is one of thousands.

“There are people who lost their homes to foreclosure five to seven years ago, took the credit hit, repaired their score and, just as they were recovering, they take another hit,” said Parker.

Oddly enough, a law designed to help former homeowners has led to this crush of suits. In June 2013, Florida reduced the statute of limitations in which lenders could go after foreclosure debt from five years to 1 year.

That triggered a mad dash to collect.

Firms like Dyke O’Neal purchased thousands of these so-called deficiencies for pennies on the dollar, according to Roy Oppenheim, a Fort Lauderdale-area attorney who represented former homeowners in about 50 of these cases.

Many of the collection efforts are on loans backed by Fannie Mae and Freddie Mac, the government-sponsored mortgage companies that suffered huge losses in the financial crisis.

“Taxpayers have borne the losses and we’re obligated to try to recoup them,” said Andrew Wilson, a Fannie Mae spokesman.

Both agencies said they target only those who walked away from their homes even when they had the ability to keep making their mortgage payments.

“If someone had the wherewithal to pay but chose not to, we may go after that,” said Brad German, a spokesman for Freddie Mac.

If a case involved financial hardship, such as job loss, divorce or an illness, Wilson said Fannie Mae would not pursue the case.

But Parker questions the agencies’ ability to make that determination. He said many of his clients did not walk away from their homes.

Going after old mortgage debt is legal in 30 states, but often not pursued.

Most borrowers have no idea that lenders can go after them. And, in some states, like California, their mortgage debt is indeed wiped clean.

“People thought giving the property back to the bank would end it,” said Oppenheim.

Most people can defend themselves in court. They can plead hardship or challenge the foreclosure paperwork, in an effort to get the deficiency settled, said Margery Golant, of Golant & Golant in Boca Raton, Fla.

They can also strike a deal with the bank: if the bank forgives the debt, they promise not to contest the foreclosure, a process that can drag out and lead to heavy losses for the lenders.