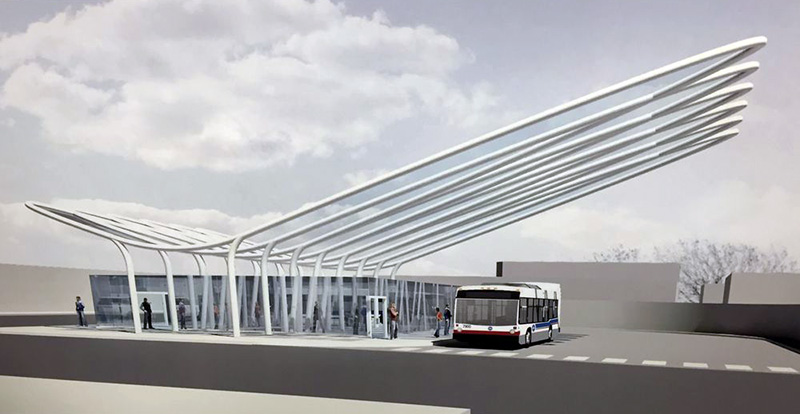 Mayor Rahm Emanuel and the Chicago Transit Authority (CTA) have announced a major aesthetic upgrade to Avondale’s Belmont Blue Line stop. Dubbed the Belmont Gateway, the plan will incorporate a contemporary architectural canopy designed by noted local architect Carol Ross Barney who worked on such projects as the Chicago Riverwalk Extension and the 606 trail. Envisioned not only as a transportation hub, but a neighborhood identifier for the Avondale community, the project will feature additional improvements to the bus turn-around area and pedestrian infrastructure. 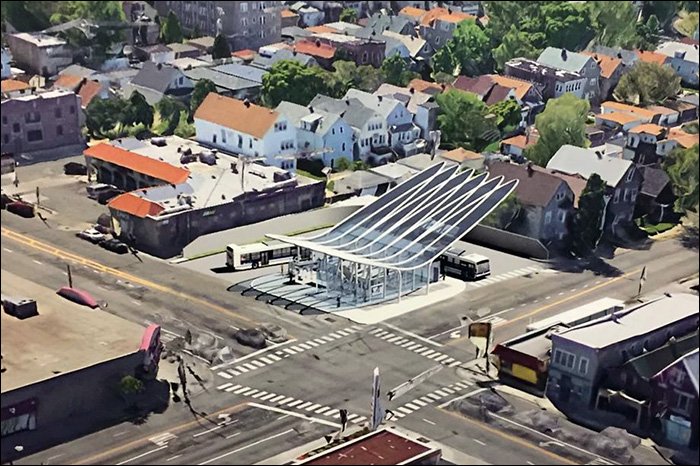 The upgraded facility will continue to incorporate the new pre-pay boarding system, which was rolled out at the Belmont stop earlier this summer as of the CTA’s pilot program. While the plans do not include the addition of an ADA-compliant elevator, representatives from the CTA have suggested that it is something that will be installed at a later point—consistent with the transit agency’s goal of system-wide accessibility by 2036.

The project is expected to cost around $15 million and is part of the larger $492M ‘Your New Blue’ program started in 2014. Construction is anticipated to begin early next year.