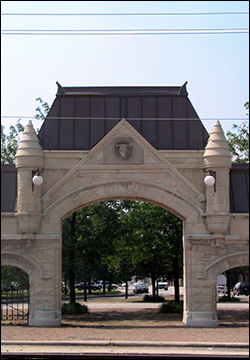 Neighborhoods include: Canaryville, Back of the Yards
Zip Codes Include: 60609

New City is located on the southwest side of the city. It contains the Canaryville and Back of the Yards neighborhoods. The area was home to the famous Union Stock Yards that were on Chicago’s south side until they closed in 1971.

Back of the Yards
Back of the Yards is an industrial and residential neighborhood so named because it was near the former Union Stock Yards, which employed thousands of European immigrants in the early 20th century. Life in this neighborhood was explored in Upton Sinclair’s 1906 novel The Jungle. The area was formerly part of the town of Lake until it was annexed by Chicago in 1889. In the late 19th and early 20th centuries, the area was occupied largely by Eastern European immigrants and their descendants, who were predominantly ethnic Bohemian, Moravian, and Slovak from today’s Czech and Slovak republics.

In the 1930s the activist Saul Alinsky did community organizing in this area, as its people suffered during the Great Depression. This work led to his founding the Industrial Areas Foundation in 1940, which trained community organizers.

Jane Jacobs in her book, The Death and Life of Great American Cities (1961), cites the Back of the Yards as an area able to “unslum” in the 1960s, due to a beneficial set of circumstances. This included a stabilized community base with skilled members who were willing to trade work to upgrade housing, as well as active and well-led local social and political organizations. Jacobs often cited the Back of the Yards as a model for other depressed neighborhoods to follow to upgrade their communities.

Some time after the 1970s, when the stockyard operations closed and the number of nearby jobs decreased, many people left to move to newer housing and work in the suburbs. The population of the neighborhood gradually reflected a new wave of settlement, predominantly Mexican-American.

Canaryville
The Canaryville neighborhood is one of the oldest neighborhoods in Chicago and, with neighboring Bridgeport has a reputation for insularity or hostility to outsiders. According to the Encyclopedia of Chicago, the neighborhood extends from 40th Street to 47th Street between Halsted Street and Wentworth Avenue. The area’s residents depended on the development and suffered from the decline of the livestock and meatpacking industries. Its more successful members moved to newer housing, often in the suburbs, and other work in the post-World War II years.

Its population in 2010 was about half the number in 1930. Historically, it has been known as an Irish American neighborhood. The Irish were the first major group of Europeans to immigrate to Chicago in the 19th century, and defended their territory here against later arrivals, both Europeans and African Americans who came north in the Great Migration. Its gangs were active in attacks on African Americans in the 1919 Race Riot. Since the late 20th century, Mexican immigrants and their descendants have also moved into the area.

Canaryville’s name may refer to the sparrows who fed in the stockyards and railroad cars in the late 19th century. The name may also refer to youth gangs in the neighborhood, who were known as “wild canaries.”

CTA is also nearby which provides train transportation to almost everywhere in Chicagoland.