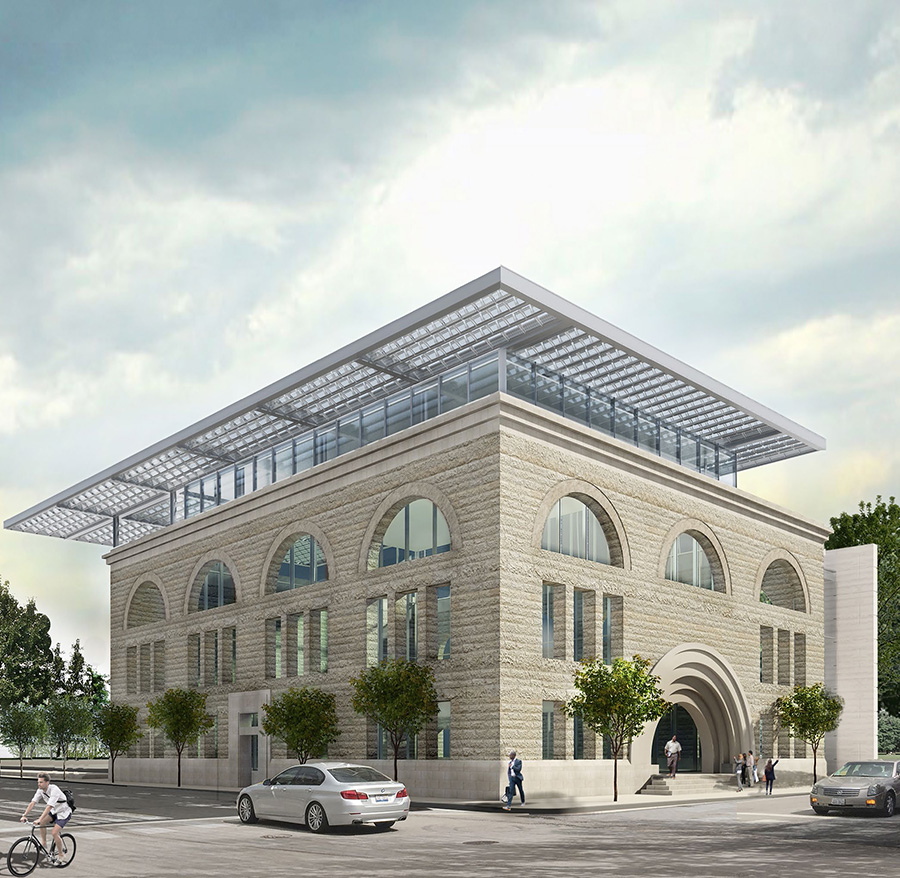 Bronzeville’s landmarked—and heavily damaged—Pilgrim Baptist Church at 3301 S. Indiana Avenue may get a new lease on life as the nation’s first gospel music museum. Organizers behind the ambitious adaptive reuse project held a press conference last week to discuss the planned nonprofit institution as well as share a rendering of the completed restoration.

Built by famed Chicago architecture firm Adler and Sullivan as a synagogue in 1890, the structure became home to a Baptist congregation in the 1920s and is credited as the birthplace of the gospel music genre in the 1930s. The South Side building was severely damaged in 2006 when a fire gutted its interior and destroyed its roof.

The latest plan for the National Gospel Museum would reincorporate the historic building’s surviving masonry walls into a new 40,000-square-foot facility featuring multiple exhibition spaces, an auditorium, as well as a research library. The design comes from Dirk Lohan of Wight & Company who is also working on an upcoming interactive classical music experience center for the Ravinia Festival on Chicago’s North Shore.

With an expected price tag of $37.2 million, Bronzeville’s National Museum of Gospel Music is still very much in the fundraising phase with its organizers exploring multiple sources of landmark preservation funding. The project hopes to raise half the money and break ground next spring and is targeting a 2020 opening date.

Meanwhile, a separate museum honoring a different but also uniquely Chicago-centric style of music is underway in the Loop. Known as the Chicago Blues Experience, the for-profit cultural institution is in the process of building a permanent exhibition and performance space at 25 E. Washington Street. It looks to open in 2019

The Big Chicago 10: Where To Find The Best Christmas Lights & Displays
Scroll to top