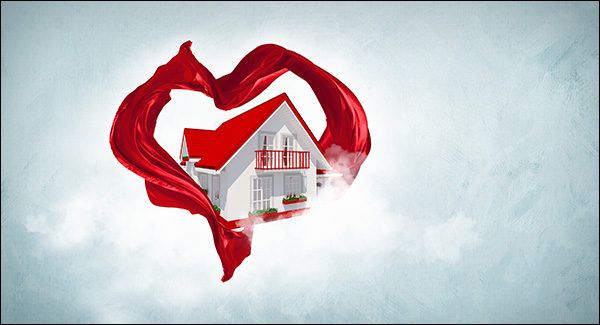 So, you’ve got it bad for “the one” — you know, the one that keeps you awake at night fantasizing about the day when you can be together.

Wait a second. We aren’t talking about that one — we’re referring to a different kind of love affair: a “home crush.” If you’ve found yourself swooning over a house you just can’t get out of your head, you’re not alone.

In a new realtor.com® survey, 69 percent of the 1,000 people who responded said they have had a “home crush” – a home they liked so much that they were drawn back to looking at it more than once online or in person.

“We conducted the survey to see how searching for ‘the one’ in real estate correlates to searching for ‘the one’ in love, and we found that they are very similar,” said Barbara O’Connor, chief marketing officer at realtor.com®. “Buyers have to evaluate crushes based on turn-ons and turn-offs and whether the home is in their league, so they often find themselves spending a good amount of time checking out their crush online.”

But what do you do when you’re pining for that perfect dwelling? Just as in romance, men and women respond to their home crushes quite differently, the survey found. Women were more likely than men to have a crush on a home that was out of their league financially, while men moved from one home crush to another more frequently than women.

Men and women tend to fall for the same things when it comes to houses, though. Of those surveyed, 54 percent of women and 46 percent of men said they tended to fall in love with outdoor living spaces. Women also swooned for open floor plans and appliances and fixtures, while men’s hearts raced over a good garage and curb appeal.

“Whether it’s love or real estate, having a short list of deal breakers is critical for finding ‘the one’ to help buyers weed through the crushes to find the home of their dreams,” said Leslie Piper, consumer housing specialist at realtor.com®.

Majority of all surveyed consumers report having a home crush:

Women are more likely to cultivate crushes on homes that are out of their league financially:

How often men and women establish a new crush on a home: