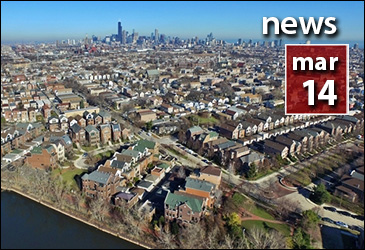 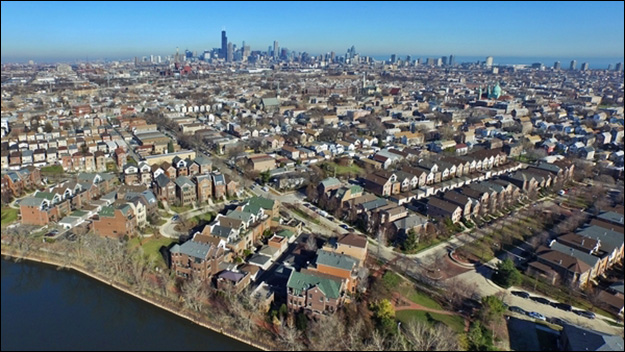 Selling homes is on its way to becoming a game of drones, with more photographers than ever planning to give remote-controlled aerial photography a whirl this spring.

“This is the year it all happens,” said Greg Giuliani, a Chicago police officer who’s nearing retirement. For his next career, Giuliani has launched Shown By Drones with a partner.

He’s one of several Chicago-area photographers who hope to get approval this spring for Section 333 exemptions from the Federal Aviation Administration. The exemptions will let them fly drones for commercial use for the next two years, while the agency works out permanent rules on the devices.

With their exemptions pending, “we’re all getting out of drone jail soon,” Giuliani said.

A step ahead of the little guys comes the nation’s largest real estate photo agency, Rosemont-based VHT Studios, which is rolling out a drone program this month, starting in its Chicago home base and a few other parts of the country. VHT has contracted with a crew of shooters who already have 333s in hand, said Chairman and co-founder Brian Balduf.

Balduf said the photographers also have pilots’ licenses, meeting another current FAA requirement that many drone users say they expect the permanent rules to do away with. With both requirements met, Balduf said, “we’re ready just in time for the spring selling season.”

VHT shot listing photos for 40,000 for-sale homes in the Chicago area last year and about 199,000 nationwide, according to Balduf. With its dominant role in the home-photos field, it could make drone photos the new norm in home listings.

“They control 95 percent of the business,” said Larry Malvin, an independent real estate photographer on the North Shore who started using a drone two years ago. “If VHT is doing it, people are going to expect to see it in their listing.”

The cost of shooting a home by drone will range from about $125 up to $300 or so, the various providers said. Like the cost of standard photography, the price of drone pictures will typically be covered by the agent or brokerage, not by the home’s seller.

Drone photos aren’t likely to become a requirement for every listing. When a house is shrouded by trees, or a condo is nestled inside a tall building, “a drone won’t add much” with either photos or video, Balduf said. Regulations, like those adopted by the city last fall, prohibiting drones shooting people or their homes without their permission, further limit a drone’s applicability to a home in a tight urban setting.

Shot-from-the-air photos are better suited to large homes, particularly those on suburban acreage or near the Lake Michigan shoreline, the photographers all said. Balduf forecasts that soon, up to 20 percent of Chicago-area listings will include drone photos or video.

Shooting homes by drone should have taken flight a while ago. “The technology has been there for a couple of years,” said Colin Hinkle, an Emmy-winning former Chicago news photographer whose Soaring Badger Productions has shot several spectacular  sky-high tours of Chicago via drone.“But the FAA has been slow.”

When Malvin went public with his drone use in the spring of 2014, the FAA swiftly told him to cut it out because the agency was still working out rules for commercial drones. Later that year, the FAA’s fogginess prompted one large real estate company on the East Coast to ban the use of drone-shot images in its real estate listings.

More recently, as the interest in drones has exploded, the agency has been issuing temporary Section 333 exemptions, but slowly. On its website Tuesday, the FAA said it had issued 399 exemptions but had a backlog of more than 3,850 applications. “We are experiencing delays in processing petitions,” a notice on the site said.

The logjam at the FAA gives VHT a head start over smaller operations like Drone Media Chicago,
launched by Troy Walsh last year. Formerly a drone hobbyist, unregulated by government, Walsh crossed over to commercial use to market his skills but found that “the regulatory standstill means I can’t do as much as I’d like yet.”

As Walsh sees it, VHT beating him to the punch is a good thing. “If anything, it seems like it will create more demand,” he said.

Our Win Is Your Win!
Scroll to top