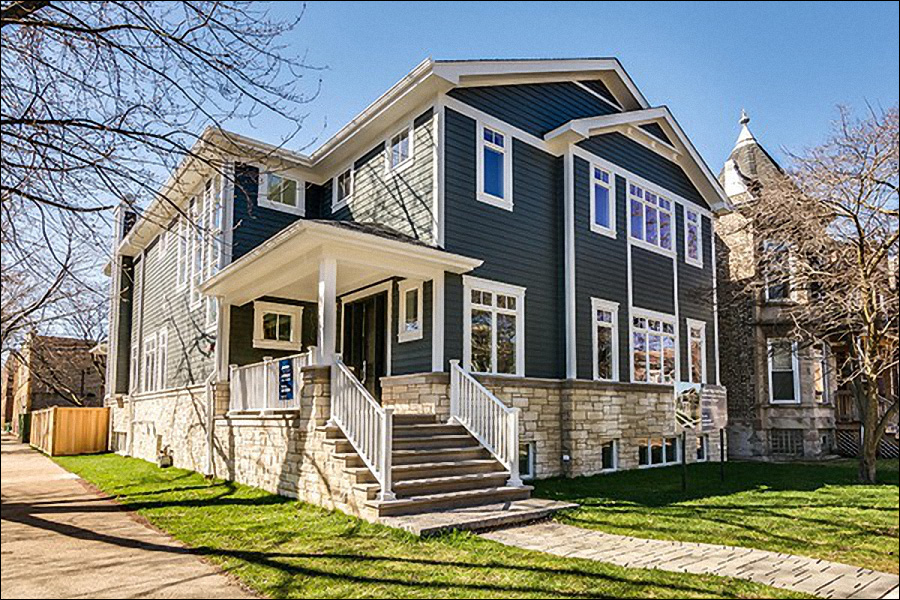 Chicago’s luxury market is heating up. First-quarter activity for million-dollar homes in the Chicago area (Cook, DuPage, Kane, Kendall, Lake, McHenry, and Will counties) is 31.1 percent higher than last year, according to a report ReMax released this week. A total of 455 luxury homes sold in the first few months of the year, the most ReMax has reported since it began tracking this stat six years ago.

A little more than half of those sales were within city limits. The neighborhood with the most? North Center, which ReMax defined as the area bordered by Montrose on the north, Ravenswood on the east, Diversey on the south, and the Chicago River on the west. Twenty-five luxury homes sold in North Center in the first quarter, with a median sale price of $1.27 million. That’s a 47 percent increase in number of sales and a 2.8 percent hike in the median sale price over 2016’s figures.

Kristi Gunther, an associate with ReMax Exclusive Properties who specializes in the area, says prices in North Center started to bump up at the beginning of last year. Many buyers are drawn to the neighborhood’s big lots and desirable schools. She says she sold many North Center homes last year strictly because buyers wanted to be within the bounds of John C. Coonley Elementary School, which we ranked as one of the city’s top 15 public schools last year.

“That’s why a lot of the new construction prices have risen over there,” Gunther says. “They’re gradually going up and up and topping over the $1.4 million mark because of getting into the Coonley school system.”

Gunther says that while nearby Ravenswood features large lots with historic homes, the priciest homes in North Center are primarily new construction. Take 3750 N. Hoyne Ave., which is on the market now for just under $3 million. It captures three of the key characteristics of luxury homes in the hot neighborhood. First, it sits on a 47-foot-wide corner lot, which is nearly double the Chicago standard of 25 feet. The extra-large lot allows for a suburban-sized home with 6,800 square feet and six bedrooms. Second, the home is brand new, and, finally, it falls within another solid public school district—Alexander Graham Bell Elementary School, which has the highest possible rating (1+) from Chicago Public Schools.

FOR LEASE: High-floor, Spacious One Bedroom at the Park Tower
Scroll to top