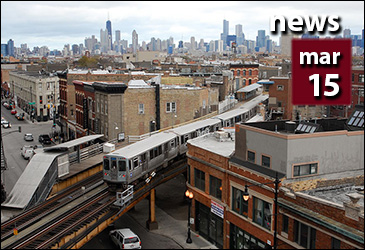 New Chicago-area housing developments for low-income residents have no negative impact on home values nearby, according to a new study by a real estate firm’s economist.

“Homeowners sometimes have fears that their property values will be hurt when someone builds low-income housing nearby,” said Cheryl Young, senior economist for online real estate site Trulia. “We found that there’s no impact.”

Young charted the rate of growth in home values around each of 230 housing developments built from 1996 to 2006 in the Chicago area using low-income tax credits. After 2006, the effects of the housing crash on home values “introduced unpredictability into the data,” she said.

She charted one line for home values within 2,000 feet of a low-income project, and another for homes between 2,000 and 4,000 feet away. The two lines tracked nearly identical paths, Young said, with the rate of appreciation roughly the same for homes near low-income housing developments as for those farther away, in the decade following construction, according to Young’s data.

Created in 1986, the federal Low-Income Housing Tax Credit has funded a large share of the affordable rental housing developed in the United States.

It did not include Chicago, where housing remains relatively affordable. But Young ran Chicago data through the same model in advance of a presentation at the Illinois Governor’s Conference on Affordable Housing yesterday. 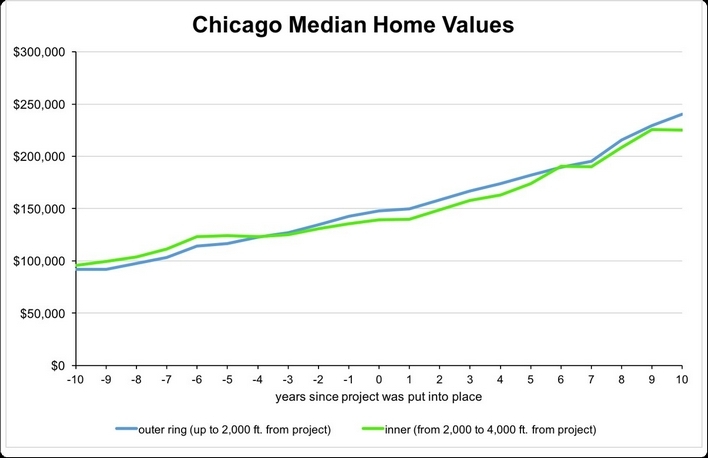