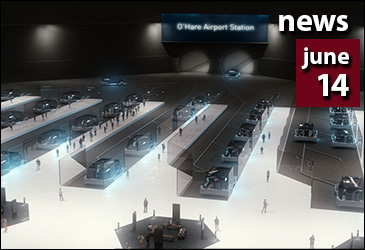 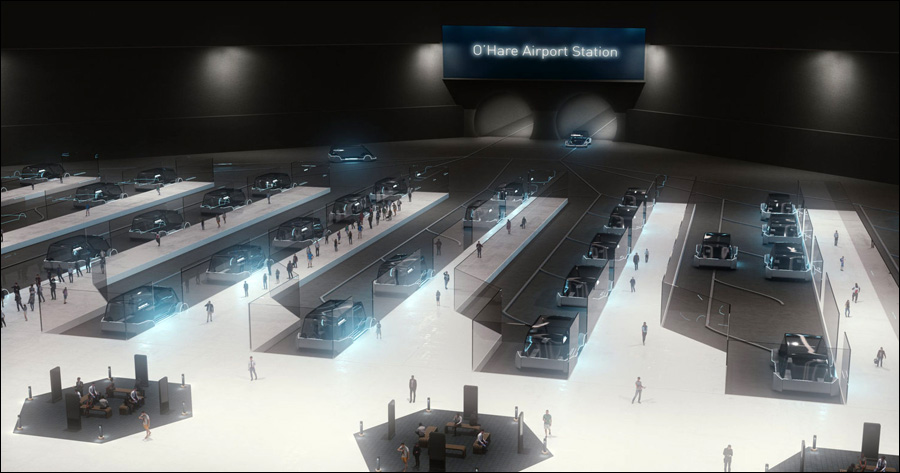 The promised project: A closed-loop pair of tunnels from Block 37 in the central Loop to the airport that would whisk passengers to their flights in 12 minutes, using autonomous pod-like vehicles, or electric skates, that would depart as frequently as every 30 seconds and carry up to 16 passengers and their luggage. (Below, a conceptual video of the autonomous vehicles.)

Musk will be in Chicago on Thursday for a formal announcement.

The promised cost: Fares of no more than half of what a taxi or rideshare costs today—that works out to less than $25—with Musk’s company financing what insiders say will be the $500 million to $1 billion cost without any taxpayer subsidy.

“We think we have a terrific project that will be transformative to the city and make it stand out in the global economy,” Deputy Mayor Robert Rivkin, who has been the city’s point person on the project, said in a phone interview late today. Closely connecting “Chicago’s twin economic engines,” downtown and O’Hare, can only help the city’s economy, he added.

If all goes as it should, Rivkin said, construction work could begin next year with actual service in operation around 2022.

“Dallas and Atlanta and New York will look at this and be sorry they didn’t have it,” said Emanuel in a separate interview. “It’s going to give the city a huge competitive leg up.”

Mayors back as far as Jane Byrne in the early 1980s have dreamed of a super-fast O’Hare connection that would beat the hour or more it can take to drive or take the Chicago Transit Authority’s Blue Line to the airfield. None got very far—because of the cost, the shortage of money for other needed transit projects, and basic logistics: the Blue Line has too many stations and sharp curves and the like to provide truly fast service.

Emanuel started the process over, seeking public bids and eventually settling on two finalists: Boring and a consortium of other firms that proposed to run a conventional high-speed train link from a downtown station to O’Hare, using available railroad right-of-way.

Rivkin said city rules prevent him from saying why the second group lost. But insiders say its plan ran into the same problems as the previous Blue Line proposals: cost (likely in the billions of dollars) and the length of time a trip would take.

Boring Company has developed what it says is faster drilling technology that allows it to create tunnels at least 90 percent below the cost of conventional methods. That advantage, it says, allows it to use one of the few available transit routes left in crowded big cities: underground, or “3D,” as the company puts it on its website. 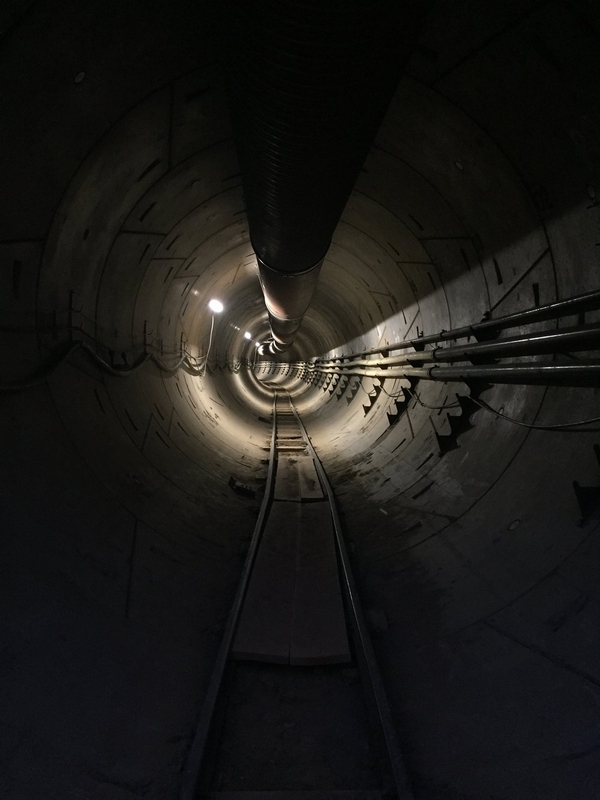 Musk, the founder of Space X and Tesla Motors, has high credibility in the tech world for delivering on ideas that have stymied others (though Wall Street is disappointed in Tesla, to say the least). And Boring’s technology is good enough that officials in Los Angeles and Baltimore recently have signed off on initial projects that could lead to much bigger efforts, such as a vacuum tube “hyperloop” from Baltimore to Washington, D.C., and eventually New York.

The Chicago project generally would use already existing “electric skate” technology, though it would link them together in a form and length that is unique to this country. The direct connection via a dedicated tunnel would allow those vehicles to accelerate to over 100 miles per hour, according to the city and Boring, slashing the time on the 17-mile O’Hare run. And the project would use the long-mothballed CTA “superstation” under Block 37 as a terminal, with the end point located near the CTA’s Blue Line terminus close to O’Hare terminals but outside of the airport’s security perimeter. 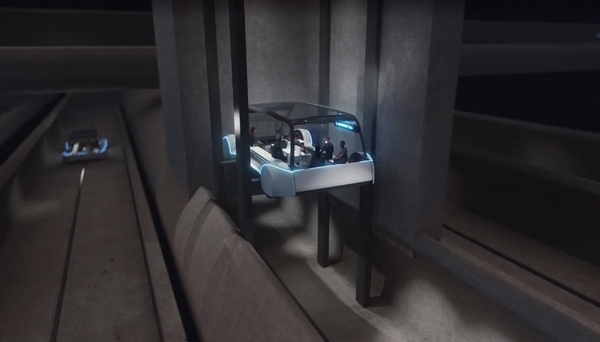 Other big savings come from the fact that the vehicles would be automated, reducing labor costs.

Of course, for any of this to work, Boring’s drilling technology has to work, the firm needs to attract investment capital and the project needs to clear a series of legal and environmental hurdles.

Rivkin said the city hopes to minimize the land-use issues by locating the two tunnels—one inbound, the other outbound—beneath existing government-owned right-of-way areas, such as the Kennedy Expressway or under streets that run diagonally through the Northwest Side, including Elston and Milwaukee avenues. He said Boring might need to acquire a few easements under private property, say for ventilation or to smooth the route’s course, but said the city is prepared to use its powers of eminent domain if need be.

A lease deal will need to be struck with the CTA to use its Block 37 station, and Rivkin said he “expects” that Boring will pay for usage. But I wouldn’t expect huge payments, given that the station—now essentially an unfinished basement—has been unused for a generation.

The project will require City Council and federal environmental approval. Rivkin said he thinks a lengthy environmental impact statement will not be needed, but Boring’s plans in L.A. have drawn some protests from environmental groups there.

What would happen to the dirt removed for tunnels? (Thirty-four miles of dirt and rock from 14-foot-wide tunnels is a lot of dirt.) Boring says it’s considering making bricks from the material, which could be used in low-income housing programs.

Rivkin said those details, as well as questions such as whether the tunnels would convert to city ownership at some time, will be resolved in upcoming negotiations. He hopes to have a final contract deal by the end of the year.

Meanwhile, as former Deputy Mayor Steve Koch puts it—Koch and Rivkin went to California last year to visit with Musk and see the prototype tunnel—”This is a very smart way to dry to do something that we otherwise couldn’t do.” And if it’s a roll of the dice, “it’s a roll of somebody else’s dice.” 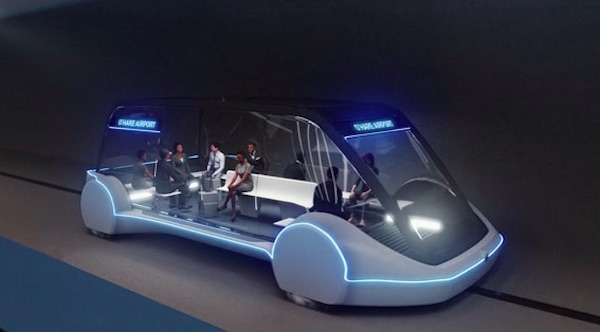 Plan a Staycation! You need not leave downtown to camp in style this summer...