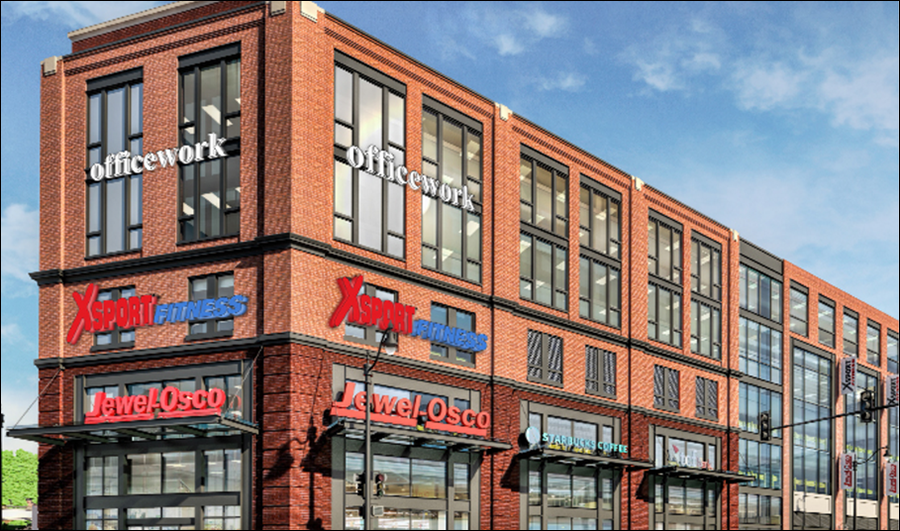 In terms of the number of new projects proposed and residential units slated, Logan Square is one of the fastest developing neighborhoods in Chicago at the moment. Thousands of new apartments are being delivered to the trendy northwest side neighborhood, but this market trend has been the center of a well publicized debate about the prices being asked for new apartments and what it means for the future of the neighborhood. And it’s not just Logan Square that is witnessing a flood of new development, several neighborhoods along Milwaukee Avenue stand to see hundreds—if not thousands—of new rentals delivered in the coming year or two.

In their promotional materials for the upcoming Logan’s Crossing development in the heart of Logan Square, commercial broker Sierra U.S. has put together some nice maps that really help us visualize how dramatically the neighborhood is set to change. Just based on the map they put together which highlights the upcoming residential and retail projects coming to the neighborhood, there are nearly 1,500 apartments and nearly 100 single family homes being built in the area at the moment. 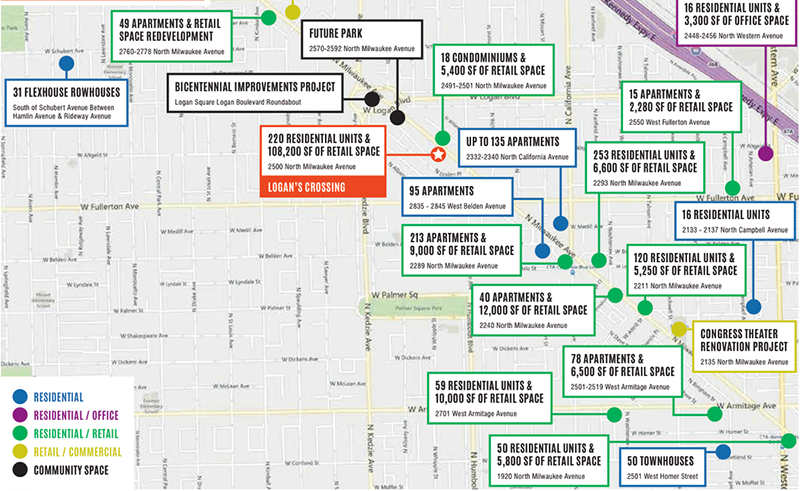 The promo materials also highlights the slew of popular bars, restaurants, and other small businesses in the neighborhood. There’s also a breakdown on the neighborhood demographics and makeup. 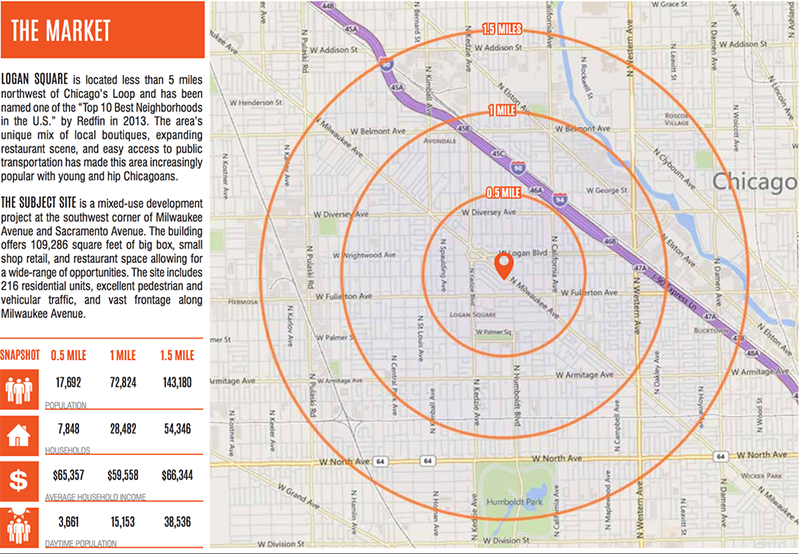 The other fascinating thing that the brochure details is the key retail anchors for the project. Generally, promotional materials will have placeholder names for prominent retail spaces, but in the brochure for the available office space at the new development, there’s a rendering that clearly shows that Jewel and Xsport Fitness will occupy the larger retail spaces. While we had previously heard that Jewel was likely to be the grocery anchor for the new development, we were unable to get confirmation from Terraco, the project’s developer, or from Alderman Scott Waguespack’s (32nd) office. However, seeing as these promo materials have Jewel signage displayed as the grocery tenant, it’s pretty compelling evidence.