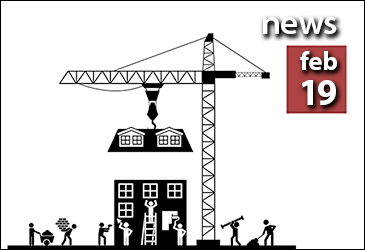 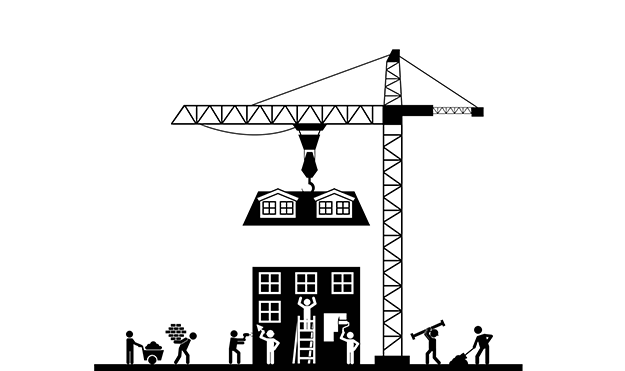 The data released on Wednesday on new home construction show a mixed bag: Groundbreakings are slightly down month over month, but compared to this time last year, they’re way up—signifying a steady recovery in the housing market.

That’s good news in the long run, right? Not so fast. Jonathan Smoke, our chief economist, says the data show a “glass-half-full picture.”

That’s because the 2% month-over-month drop reflected in single-family units—which make up the bulk of the market—won’t help the already tight supply of homes available.

“If supply is a problem—and it is—this level of growth is not going to alleviate the pressures building from increased demand,” Smoke said.

“At this level of activity, new home construction remains 40% below a more typical level for a strong, expanding economy,” he added. “The housing market simply won’t be able to support a surge in household formation and interest in buying that should follow the stronger economic context. If we don’t see growth in new construction and listings this spring, we’re likely to see more price appreciation ahead than the more moderate gains initially expected for 2015.”

U.S. housing starts—the groundbreaking on new homes—fell in January to a seasonally adjusted annual rate of 1.065 million, the Commerce Department said on Wednesday.

That’s offset by months of good news, though. Starts have now been above the 1 million mark for five straight months. And compared to January last year, groundbreaking was up nearly 19%.

Plus, January’s figure may have been affected by rough weather conditions across the country.

Economists believe the housing market is poised to pick up as the labor market improves. But significant challenges remain, such as supply, tight credit conditions, and lack of savings by consumers.

“Most of the negative factors limiting growth in the housing market have gone away, and key indicators point to increasing demand ahead,” Smoke said. “Supply should follow as prices make it worthwhile for existing homeowners and builders alike to put homes on the market, but we’re just not seeing that supply materialize yet.”