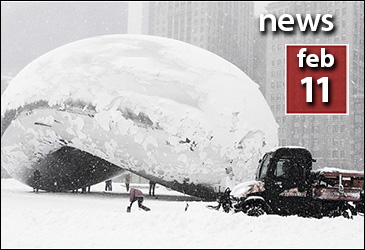 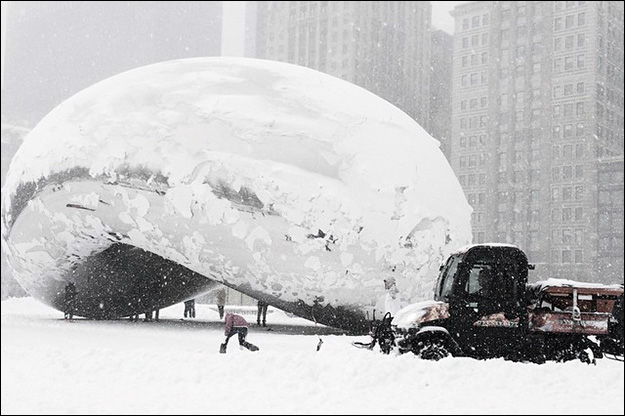 Chicago in February is a nasty place—subzero wind-chill factor, gusting wind, and do we even need to discuss the traffic? Yet it’s also prime home-buying season. It’s springtime.

What, you thought spring started officially toward the end of March, with tulips blossoming in April? For real estate folks, the “spring market” actually starts in January—at least in Chicago. Last week, in the midst of the fifth-largest snowstorm in the city’s history, buyers were out traversing snow-packed sidewalks and 2-foot snowdrifts, pressing on from one open house to another.

“We got 19.3 inches of snow, and there was no slowdown,” said Ryan Parks, a Realtor® at Related Realty in downtown Chicago.

Loosely defined, the spring market is the start of the home-buying frenzy—and it is a frenzy. Realtors rush to gather all of their new listings and introduce them to the public with energetic fanfare. For agents, listings in January and February translate into closings 60 to 90 days later. In 2013, nearly 58% of all sales closed between April and August, the direct result of early spring shoppers, according to the National Association of Realtors®. For brokers, spring is the most important time of the year—it sets the tone for the months to come.

When I was a Chicago Realtor a few years ago, the spring market began right after the Super Bowl—i.e., early February. These days, it begins just after the playoffs.

“In the last 18 months, the spring market has moved up, mainly due to a lack of inventory,” said Parks.

“Inventory” is Realtor-speak for active listings. Those in the business measure the health of the real estate market by how many houses are available for buyers at any given time. Fewer houses equal low inventory. Low inventory means higher prices.

And right now, said Charese David, a broker at Menard Johnson Real Estate, there aren’t enough homes available in the $400,000-to-$900,000 price range, particularly in Roscoe Village, much sought-after for its good schools and charming, single-family homes. “There’s a void of strong inventory.”

When desirable properties do hit the market, they’re greeted with multiple offers. David said she put two Lincoln Park condos on the market last week, and each drew multiple offers in two days.

“I had eight showings in the middle of the snowstorm,” she said. Even though both condos are under contract, she said she still has people placing backup offers just in case the chosen buyer falls out.

The front-loading of the spring season has also unleashed a flood of very, very eager buyers. Multiple offers in hot neighborhoods seem to be the norm. Parks attributes this year’s frenzied sales to the buyers who failed their multiple-bid efforts last year. Those buyers are now looking to get a jump on things.

“Typically, people want to be in or out of their place when summer hits so they can enjoy their summer,” said Parks. In a city that’s blanketed by snow at the height of winter, people plan their lives around warmer months—Kanye West even rapped an ode to “summertime Chi.”

“When it’s summer, everyone lives outside,” said David.

And if they want to live outside in the summer, they’re going to have to brave the snow—all 19.3 inches of it.