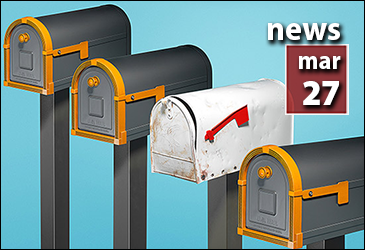 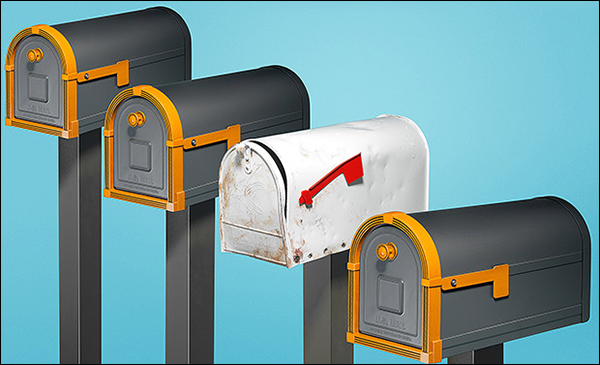 Is your home the neighborhood slacker? If you’ve lived there for years without making many improvements, there’s a good chance your house is starting to fall out of sync with the others on your block.

“You never want to exceed the neighborhood norm, but you definitely want to stay up with it,” says John Bredemeyer, an appraiser in Omaha.

Watch those feet. A company that makes many lockboxes used by the real estate industry has analyzed the comings and goings of potential buyers in February and said foot traffic is up, so purchases, in turn, will be up. But maybe you should curb your enthusiasm. The number of lookers/foot traffic bounced back in February after two months of decline, said the National Association of Realtors, adding that the improvement suggests that the year-over-year decline in home sales should stabilize in the months ahead, though at a level far lower than in spring 2013.

Bringing your home up to speed doesn’t have to mean a massive, six-figure renovation. Small-scale projects that address some typical flaws of older homes can do double duty: They’ll make your home more attractive when it’s time to sell, and turn it into a more comfortable place for you to live.

Expand your closets. Homes built before the mid-1970s often share a frustrating problem: nowhere to put stuff. Small, one-rod closets are a prime offender and a big turnoff for buyers, says Rockaway, N.J., realtor Ellen Klein. Make the most of these spaces by installing an organizing system equipped with additional rods, shelves, baskets, and more, available at big-box home stores (starting at $50 per closet). For those who would prefer to use a pro, firms like California Closets handle the installation, starting at $500 or so.

Look for places to add closets or other storage areas. Building a closet into the existing footprint of a room usually costs less than $2,000. If you have a bedroom with a centered window, Jason Gettum, a design and remodeling contractor in Indianapolis, suggests installing a closet on each side and creating a window seat between them.

No extra room in the bedroom? You may be able to break through the wall into a smaller room or an unused space that can be converted into a closet. Expect to spend at least $2,500.

Open up the kitchen. Today’s kitchens serve as a favorite spot for families and guests to congregate, but that hasn’t always been the case. “Previously the only thing that happened in kitchens was cooking,” says Bredemeyer, noting that in older homes the room is often small and closed off.

Say you’re already planning to renovate or at least freshen up your kitchen with new countertops or appliances; you may want to expand the project to include removing the wall between the kitchen and dining or living area.

Assuming you don’t need to move pipes or build new structural support, the removal will most likely add $2,000 to $5,000, including the cost of refinishing the affected floor, ceiling, and walls.

Some kitchens may already have an opening into the next room, often created by a “peninsula” countertop that extends from one wall. But when this area is lined with overhead cabinets, the room can still feel boxed in. Having these cupboards removed is relatively simple and should cost only $500 to $1,000. Worried about losing storage space? Max out your remaining cabinets by installing dividers or roll-out drawers, says Bredemeyer.

Get the laundry out of the basement. You may have grown accustomed to schlepping your dirty clothes down to the depths of your home, but potential buyers probably won’t be so keen on the idea.

Installing a washer and dryer on the second floor, close to bedrooms and bathrooms, is becoming increasingly popular, says Lou Mihalko, president of a general contracting firm in Johnstown, Pa.

The cheapest way to do this is to stack two front loaders in a closet or corner (you’ll need at least a three-by-three-foot space) that abuts the bathroom, minimizing the necessary plumbing work. Cost: about $2,500, not including the units. Or say you have a small bedroom that doesn’t get much use. It’s possible to split and remodel that space, using half for a laundry room and half to create a walk-in closet, says Mihalko. You should plan to spend a minimum of $4,000 on the conversion.

Considering a bigger project, like building a new downstairs bathroom? Think about adding an adjoining laundry room at the same time. Yes, you’ll pay around $25,000 for the new bath, but the laundry room will add just $5,000 or so to your total. The investment should pay off when it’s time to sell, and in the meantime, no more trudging down to the basement!

7 Things Every Lease Agreement Should Include
Scroll to top