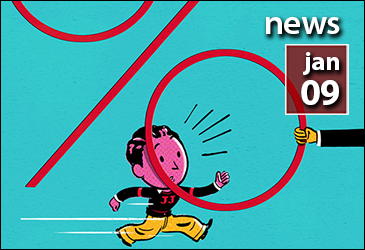 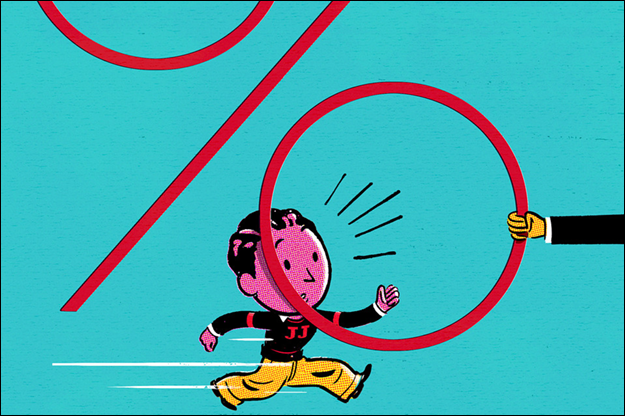 Interest-only loans—a villain in the subprime mortgage crisis—have made a comeback. But now the bar is high for would-be borrowers.

Today’s interest-only loans—in which a borrower makes monthly interest payments but puts nothing toward principal for a set time period—are almost exclusively a jumbo-level product for wealthy borrowers, says Guy D. Cecala, CEO and publisher of Inside Mortgage Finance. Jumbo mortgages are loans that exceed limits of government-backed loans, $417,000 in most areas and $625,500 in some high-priced areas.

Lenders have tightened qualification standards and mostly offer interest-only options for adjustable-rate mortgages (ARMs) rather than 30-year, fixed-rate mortgages, Mr. Cecala says. “Most lenders think interest-only mortgages are very safe because the borrowers have strong credit profiles and generally put down large down payments,” he adds.

At Jacksonville, Fla.-based EverBank, for example, a borrower usually needs a credit score of 740 or above, a down payment of at least 35% and a debt-to-income ratio of 43% to qualify for EverBank’s interest-only jumbo product, says Tom Wind, executive vice president of home lending. The debt-to-income ratio (DTI) looks at the percentage of borrowers’ monthly income relative to their debt payments.

Rates for interest-only loans may also be a little higher—typically about 0.25%—than for amortizing mortgages, says David Adamo, CEO of Stamford, Conn.-based Luxury Mortgage, a lender serving Connecticut, New Jersey and New York. “Interest-only loans are readily available on loans up to $2 million, and for well-qualified high net worth individuals, interest-only loans can go up to $10 million,” he adds.

Rates for interest-only loans may also be a little higher—typically about 0.25%—than for amortizing mortgages.

Before the recession, lenders sometimes qualified borrowers based on just what their interest payments would be. Today, however, they must qualify based on their ability to pay both interest and principal, says John Walsh, president of Milford, Conn.-based Total Mortgage Services. For example, on a $1 million, seven-year ARM with an interest rate of 3%, the monthly payment for the first seven years would be $2,500. But a borrower’s debt-to-income ratio would be calculated using a $5,020 monthly payment of interest and principal at the starting rate.

Total Mortgage will lend interest-only jumbo mortgages up to $3 million to borrowers with credit scores as low as 700, but a 35% down payment is required, Mr. Walsh says.

Interest rates for all mortgages remained low in 2014 but are expected to rise this year, says Keith Gumbinger, vice president at HSH.com. If lenders do raise rates, interest-only loans likely would become even more desirable for some borrowers, Mr. Cecala says. “The payment would be higher, but still more attractive when compared with a fully amortizing mortgage rate,” he adds.

Interest-only jumbo mortgage-holders typically have the assets and/or income that would enable them to make monthly principal payments, but instead they use the loan as a money management tool, Mr. Wind, of EverBank, says. “We get a lot of requests from people who work with financial planners and are trying to maximize their cash flow,” he adds.

Lower payments appeal to borrowers who have seasonal income shifts, want to use a year-end bonus to pay down principal, plan to sell other property or want to keep cash in other high-yield investments, Mr. Adamo said.

In 2014, an estimated 15% of all jumbo mortgages will be nonqualified loans—those that don’t meet government standards that aim to lower the risk of default. In 2015, nonqualified loans are predicted to rise to 25% of all jumbos, Mr. Cecala says. Interest-only loans are the biggest factor in the increase, which also includes mortgages issued to borrowers with a debt-to-income ratio higher than the government threshold of 43%, he adds.

For borrowers considering an interest-only jumbo:

• Brace yourself. Before the interest-only period expires, borrowers might want to pay off or refinance the loan. That’s because monthly payments will jump radically: Principal is added and the amount reflects a shorter amortization period. For example, the principal on a seven-year ARM would be amortized over just 23 years, not over 30. The payment also will be based on current interest rates, which may be higher than when the loan began.

• Don’t go underwater. If a home’s value falls over the interest-only duration, a borrower’s loan amount could exceed the home’s worth. However, overall current rising U.S. home values are adding to borrower and lender confidence in interest-only products, Mr. Cecala says.

• Get a HELOC instead. A home equity line of credit typically includes an interest-only time period. Because it is a line of credit and not a loan for a fixed amount, the borrower can draw on the money as needed, Mr. Wind says. “The flexibility is a nice feature for the affluent client, doing it for financial management reasons,” he adds.