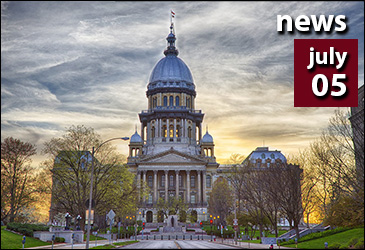 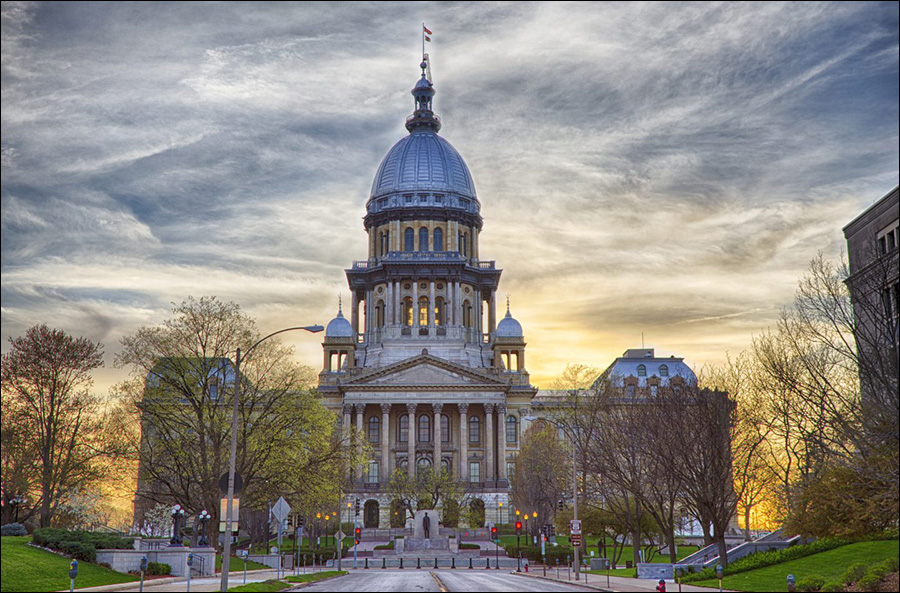 For the first time in three years, Illinois finally has a new budget—almost. But the controversy over who did what over an explosive 4th of July weekend and whether it was worth the price and whether the final result will solve Illinois’ fiscal problems is certain to rage all the way to the 2018 elections.

The news is that, over the objections of Gov. Bruce Rauner and most but not all Republicans, both House and Senate lawmakers now have adopted a $36 billion fiscal 2018 budget that features less spending than last year, higher income taxes, and a start on paying down $15 billion in overdue bills.

Rauner vetoed the budget package shortly after it was approved, but the Senate almost immediately voted to override by a bare 36-19 vote—the minimum needed—with one Republican joining 35 Democrats. House members had dispersed for holiday events by Rauner’s veto at mid-afternoon yesterday, but Speaker Mike Madigan is believed to have the votes to pass the budget package into law over the governor’s objections later this week. Fifteen House Republicans voted for the budget package on the first round. The latest word is that the House override vote will take place Thursday.

Statements from two of the main antagonists, Rauner and Senate President John Cullerton, underlined just how wide the political and philosophical gap remains.

“The package of legislation fails to address Illinois’ fiscal and economic crisis—and in fact, makes it worse in the long run,” Rauner said in vetoing the main appropriations bill, a second measure dealing with revenue, and a budget-implementation bill. “It does not balance the budget. It does not make nearly sufficient spending reductions, does not pay down our debt, and holds schools hostage to force a Chicago bailout.”

“This is a step in the right direction,” countered Cullerton. “There is obviously more work to do. There always is. . . .(But) with today’s votes, the Senate approved a balanced budget that funds our schools, supports our universities, honors our commitments to social service agencies, keeps road crews employed and even ensures Lottery winners get paid.”

As those statements suggest, a big winner in the apparent budget outcome is Chicago Mayor Rahm Emanuel. Assuming a House override, he won final approval of a plan to refinance Chicago pension funds covering laborers and white collar workers; the OK to raise the city’s 911 tax another $1.10 to $5 per phone line per month to pay those costs; and roughly $300 million more next year for cash-strapped Chicago Public Schools. Chicago and other municipalities also will be protected from losing any money in income tax receipts, even though the state will cut back on the share that goes to them, the Chicago Transit Authority and Metra their normal tax subsidy

A big loser, at least so far, is much of the state’s business community, which didn’t get the cost-cutting steps it wanted, especially a reduction in workers compensation payments. But other business groups, notably the Civic Committee of the Commercial Club, argued it was far more important to restore financial stability to reeling state government.

Rauner himself is biggest potential loser, as Republicans in both the House and Senate voted to pass a tax-and-spending plan that he opposed. But some believe the GOP incumbent may be able to use that to his advantage in his re-election campaign, arguing that he needs a new term and more Republicans with him to get Illinois back on track.

Here are some of the crucial details of what will happen—again assuming that the House goes along with the Senate and overrides the veto.

• The individual income tax rate will climb from 3.75 percent to 4.95 percent (the same level it was under former Gov. Pat Quinn) and the corporate rate from 5.25 percent to 7 percent Both will take effect on July 1 and won’t be retroactive to Jan. 1, as Democrats originally had intended. The hikes combined will raise about $5 billion a year.

• Dropped from the package are extending the sales tax to more services such as tattooing, and dinging satellite and streaming entertainment services. But corporate “loopholes” that mostly affect the petroleum industry—the domestic production deduction, exemption for activity on the outer continental shelf, and non-combination rule—will be closed, netting $125 million a year. In one plus for business, the research-and-development credit will be extended, until 2022. Still pending in the Senate late yesterday as an extension the Edge tax-credit for new jobs that earlier had easily cleared the House.

• The state’s earned income tax break will rise from the current 10 percent of the federal level to18 percent over the next two years.

• The budget includes $300 million from the sale of the Loop’s Thompson center. But a dispute continues over whether the city is willing to raise zoning on the property high enough to hit that figure.

• Democrats have not agreed to a deal on the structural reform/non-budget items that Rauner wanted to sign off on the tax hike. That includes workers comp, term limits at least on legislative leaders and, at the top of the list, terms for a statewide property-tax freeze. Democrats say they’re still willing to talk. Rauner accuses them of bad faith. Even if he’s right, though, the governor’s leverage to get a better deal through seems limited after passage of a budget.

• Total state spending will drop $2.5 billion from this year and be $1 billion less than in Rauner’s budget, Democrats say. Included in those totals are some legitimate items—operations of most departments will be slashed 5 percent across the board, for instance. Colleges and universities, meanwhile, will take a 10 percent cut. But other assumptions appear to me to be questionable, like assuming $800 million in cost savings by delaying increased pension payments.

Rauner aides say the Democrats are using bad math and that, in fact, they want to spend more than he did.

• There’s also a dispute over how quickly the state will begin to cut down on its backlog of $15 billion in unpaid bills, much of it payments to Medicaid vendors.

Rep. Greg Harris, D-Chicago, the chief budget negotiator for Madigan, says the IOU list should drop by half thanks to inter-fund transfers and borrowing finances by a small fiscal surplus. Rauner aides argued those figures are way off the mark and that the state only will about tread water under this plan.

• Spending on grade and high schools will be legally tied to a revamped statewide aid formula previously approved by the Senate and House. That means the state will begin contributing another $215 million to pay for Chicago teacher pensions, and that CPS and other districts with large populations of poor students will get more from rising school expenditures overall.

As soon as the House acts, I’d expect the bond rating agencies to give their verdict. My guess is it will be at least neutral—the state’s bond rating won’t drop to junk. But I don’t know if an upgrade is coming anytime soon.

May home sales up 5.1 percent in Chicago area
Scroll to top