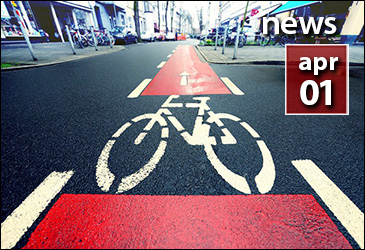 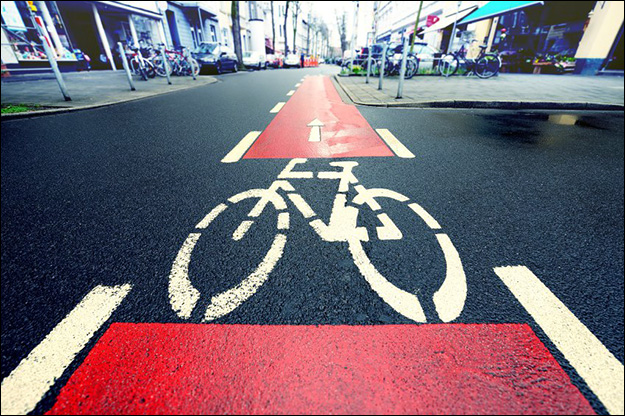 Urban buyers today would have hated the 1950s.

In the Urban Land Institute’s “America in 2015” report, a survey of U.S. residents found that approximately half considered “walkability” a top or high priority when determining where to live. But in many ways “walkability” is a misnomer, because research increasingly shows that what buyers really want is bikeability.

The U.S. Census reports that bicycling has become the “fastest-growing” form of transportation among commuters, ULI confirmed. From 2000 to 2014, during which the shift from sprawl to walkability really took hold, the number of people biking to work increased by more than 60 percent.

In a separate report published by ULI – “Active Transportation and Real Estate” – the institute challenged itself with a question: who is biking and why? As evidenced by the bike-friendly developments that now freckle most American cities, the answer is “all kinds of people…for all kinds of reasons.”

The report reads: “Communities big and small are now investing in bicycle and pedestrian infrastructure.”

Trends in biking are helping to reshape developments and the cities in which they reside, bringing all sorts of recordable benefits. The American Journal of Prevantative Medicine found that people like in walkable neighborhoods have a 35 percent lower risk of obesity. In a report from the European Cyclists Foundation, researchers determined that if European Union citizens were to adopt the levels of cycling common in Denmark’s population (600 miles per person annually) 26 percent of the 2050 greenhouse gas targets set for transportation would be achieved by bicycle use alone.

But abstract benefits such as health and climate change are not always the strongest selling points among buyers, which is why when it comes to showing off a property in a bike-friendly neighborhood, agents should focus on property values.

According to ULI, investment in bikeability helps boost real estate values by injecting “order and predictability” into areas that are otherwise becoming congested from growing populations and motor vehicle use. And the numbers support the assertion.

ULI pointed to several examples to add credence to CEOs for Cities findings:

Dallas, Texas. Since the opening of the 3.5-mile (5.6 km) Katy Trail in the Uptown neighborhood of Dallas in 2006, property values have climbed nearly 80 percent, to $3.4 billion, according to Uptown’s business improvement district.

Radnor, Pennsylvania. A 2011 study by the GreenSpace Alliance and the Delaware Valley Regional Planning Commission found that properties within a quarter-mile (0.4 km) of the Radnor Trail in Radnor Township, Pennsylvania, were valued on average $69,139 higher than other area properties further away. Real estate listings in Radnor frequently mention trail access in their advertisements.

Minneapolis, Minnesota. A University of Minnesota study found that, in the Minneapolis/St. Paul area, for every 1,312 feet (400 m) closer a median-priced home is to an off-street bicycle facility, its value increases by $510.

Chicago: No. 6 most bikeable city

Chicago wasn’t always a haven for bikers, but with the city’s Transportation Department helping to extend the presence of Divvy bike sharing and establishing over 225 miles of bike lanes routes, it’s become a popular spot for bike commuters. In fact, last year, Redfin ranked Chicago as the No. 6 most bikeable city in the U.S.

As testament to Chicago’s continuing effort to expand walkability, the city recently opened the first length of its 606 trail, which extends through the city’s Northwest Side.

In an interview with the Chicago Tribune, Mayor Rahm Emanuel said that even before the tail was fully finished, property values were rising near it.

“For the people who have property there, that’s a good thing,” the mayor said. “Increased housing values are not a bad thing.”