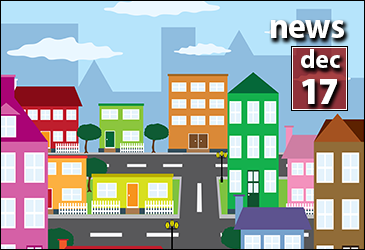 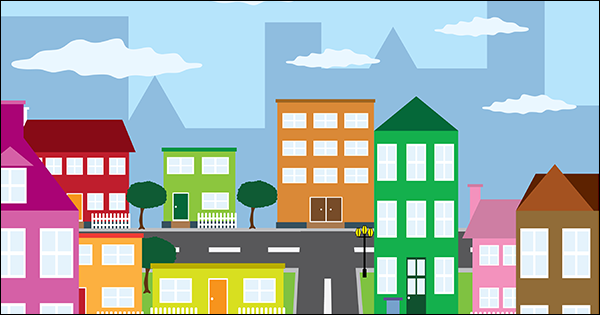 As gentrification heats up, here are the signs that an area is primed to take off.

From Echo Park in Los Angeles to the Bishop Arts District in Dallas to Prospect Heights in New York, urban pioneers are reconfiguring scores of inner-city neighborhoods.

“It’s all part of this cultural shift toward living in urbanity, getting things in an urban area you can’t get in the suburbs,” says Paris Rutherford, a Dallas-based developer who works on urban revitalization projects. “And that’s obviously driving a lot of new investment all over the country.”

Less obvious is just how, exactly, the aspiring urban homeowner or real estate investor can find a neighborhood that is truly turning into a more livable place where housing values will rise over the long term — not just an overhyped area with no staying power.

Experts say there are a few signs to look for.

The neighborhood next door

One is called the halo effect. It’s a term Stan Humphries, chief economist at online real estate marketplace Zillow, uses to describe the way value tends to diffuse from a thriving urban neighborhood into the areas that surround it, like a halo. Humphries says there is a “much higher probability” that a neighborhood will improve in a lasting way if it’s in the halo of an already prosperous one.

This halo effect helped Salim Bhabhrawala find his first home in Washington, D.C. It was the early 2000s, and the then entry-level Commerce Department staffer was making around $35,000 a year. Priced out of rentals in the trendy Dupont Circle neighborhood, he took a chance and bought a townhouse with three floors, a basement and a parking spot one neighborhood to the east, in Logan Circle, for around $160,000. It had been used as public housing, and at the time, Logan Circle was better known for drugs and prostitution than for great spots for brunch.

Today, Bhabhrawala says, developers often knock on his door, offering him $1 million for his place.

“It’s crazy,” he says. “I thought maybe I’d double my investment in 10 years or something.”

A word of warning, though: Proximity to a popular neighborhood is no turnaround guarantee. Sandwiched between City Hall and the Union Square shopping district, San Francisco’s Tenderloin neighborhood has yet to flourish. And revitalization efforts have been characterized by “fits and starts” in downtown Los Angeles, which Bruce Bartlett, managing partner at Sequoia Real Estate Partners, a private-equity firm in Los Angeles, attributes to the difficulty of gentrifying such a sprawling neighborhood.

One of the best ways to preview how gentrification might play out in a neighborhood is to check out the local retailers, Bartlett says.

“What type of wine are they selling? Does it all come in gallon jugs, or is there something more there? If they’re moving higher-priced material, that should tell you something,” he says.

“What type of wine are they selling? Does it all come in gallon jugs, or is there something more there? If they’re moving higher-priced material, that should tell you something,” he says.

Retail is one of the more visible reflections of other, less apparent signs of gentrification, such as an increase in median household income, says Jed Kolko, chief economist at online real estate marketplace Trulia.

A store called Dude, Sweet Chocolate and other high-end shops in Dallas’s Oak Cliff neighborhood were what initially attracted Jon Daniel to the area, which until recently had struggled with a reputation for poverty and crime in the shadow of nearby downtown Dallas.

Daniel, a manufacturing representative, sold his longtime home in what he calls a “soul crushing” suburb of Dallas a few weeks before his youngest child’s high school graduation and moved into the top floor of a 1925 duplex in Oak Cliff with his wife, a history professor at the University of Texas at Dallas. They’re renting now but hunting for a historic Craftsman or Prairie-style home in the area.

Looks matter a lot, too. Experts say an older, attractive housing stock is crucial for a neighborhood’s long-term growth potential once gentrification has started. “You need a neighborhood that has good bones,” says Jonathan Butler, who founded Brownstoner, a website dedicated to the real estate market in Brooklyn, N.Y.

Property owners in poorer neighborhoods with architecturally interesting features may not have been able to afford great maintenance or renovation. But Butler says this can be a good thing for prospective buyers: It means people “didn’t have the money to do bad renovations, either.”

The Brooklyn entrepreneur bought a 5,000-square-foot, five-story Italianate brownstone in the borough’s Clinton Hill neighborhood “with great bones” in 2004. It had previously been split into single rooms, occupied primarily by drug users, he says.

But the building is located in an area designated by the city as a historic district, lined with stunning — if once poorly maintained — homes, many from the 19th century or earlier. Butler bought the place for under $1 million. Today, the average listing price in the neighborhood is well over $1 million, with comparable units going for quadruple the price Butler paid.

Renovations and construction, as well as government investment in local infrastructure, are other structural signs that experts say indicate a neighborhood’s growth has legs. These developments, they say, indicate that homeowners, banks and policymakers see the area as a sound investment.

All the construction in gentrifying West Nashville, Tenn., helped convince Shane Stever, a recent college graduate, that he should buy in the area. Several months ago, the health-care consultant paid $279,000 for a three-bedroom, three-bathroom home that hadn’t even been built yet. The market in the neighborhood is so hot, Stever says, that his place was never listed.

Real estate agents and locals, of course, have a vested interest in turning into a neighborhood’s most ardent gentrification evangelists. It can be easy to point to one trendy coffee shop, a new mass-transit stop and a few old buildings as bellwethers that a neighborhood will be the next big thing.

Some basic economic data can help cut through the spin. “First and foremost, buyers should be looking at employment,” says Rutherford, the developer from Dallas. “If you’ve got an urban area that’s anchored by jobs, it can weather any storm.”

He says one revitalization effort in an old warehouse district in Kansas City, Mo., didn’t pan out because the area didn’t develop enough solid jobs or housing. Because people ended up driving in from the suburbs to shop or dine and then driving home, the neighborhood couldn’t sustain the strong nighttime population that Rutherford says is so necessary to the development of an underperforming area.

To find out about employment activity, try the local chamber of commerce or economic-development​organization, Rutherford says. They sometimes offer employment data online, broken down by neighborhood

An area that’s truly gentrifying also will have below-average home prices that are appreciating at rates above their city’s average, Zillow’s Humphries says. Zillow, Trulia and Re/Max, among others, have websites that offer data that could allow a prospective buyer to make such a comparison.

In addition, the relationship between the sale price for homes and the price for rentals in the neighborhood should be stable, says Ingrid Gould Ellen, a professor of urban policy and planning at New York University. If the value of homes is inflated relative to rental prices, there could be some speculation going on, she says.

There’s no single official source of rental data since rental contracts aren’t publicly recorded, Ellen says. She recommends looking at listings online and talking to real estate agents to get a sense of rent levels versus sale prices.

Ellen says aspiring homeowners also simply need to be careful about trusting anyone who says they know something the market doesn’t. In this case, she says, the numbers don’t lie.

Will You Be Buying Your Next House With Bitcoins?
Scroll to top